Yesterday we drove from Chicago to Louisville.  It isn’t that far and Stacie wanted to look at my hand and neck.  I’m heading over there in a few minutes.

I woke up today with a head cold.  I heard the stewardess say that everyone flying recently has been sick and what do you know, I’m a little sick.

It snowed most of the way down on the drive.  There is only a dusting of snow here, but they say that the town shuts down because no one can drive worth a darn when it is snowy.  I guess I’ll see pretty soon.

I saw that it was over 90 degrees where I was riding last week.  Now it is around 20 here.  Pretty crazy temperature change.

Tucker has been a great traveller.  He pretty much sleeps, but sometime wanders around the van.  He is going to have already been in 6 states by the time we’re home tonight, so only 42 more to go.  I doubt he’ll check those off as fast as the first 6.

Okay, I need to get going.  Stacie has surgery later this morning and is squeezing me in. 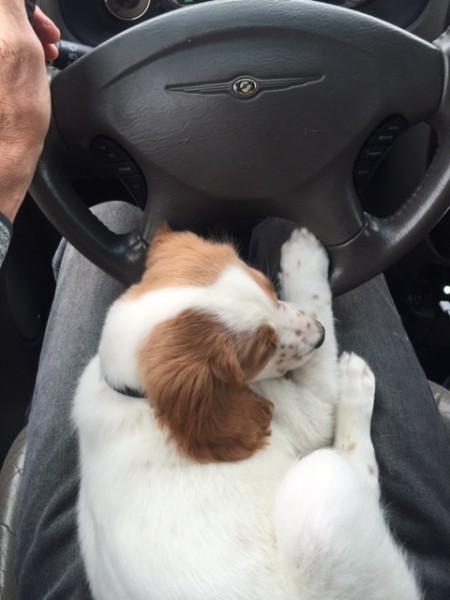 He pretty much wants to be in someone’s lap if he is awake. 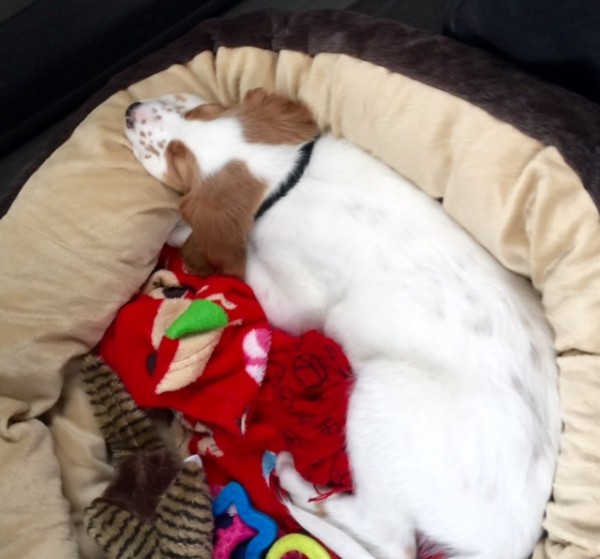 But, most of the time he sleeps. 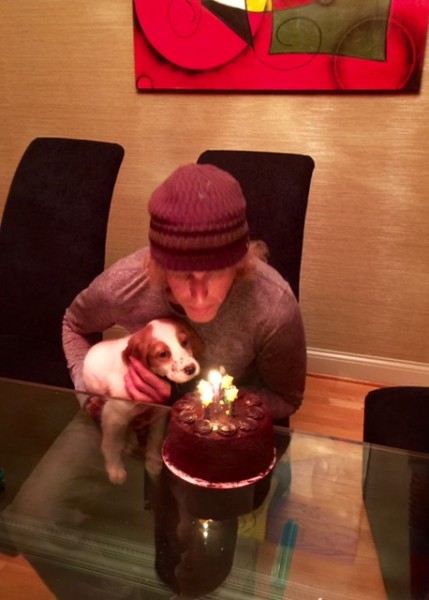 It’s my birthday tomorrow, so Stacie got me a cake after dinner last night. Super nice.

4 thoughts on “Hot to Cold”