While watching the Superbowl last night, I noticed how many of the players thanked god almighty for the opportunity to get paid zillions of dollars to play a game.  Seems pretty reasonable.  They sort of won the lottery, minus the CTE (Chronic traumatic encephalopathy) and other life long injuries most of the players end up with, but they probably do owe someone a prayer.   Also, there was the Church of Scientolgy Super Bowl ad.

Anyway, it got me thinking about how I was raised and how I got to my views on religion.

My parents were both Episcopalians.  There is a cathedral, Grace Cathedral, in Topeka and that is where I went to church.  On Sunday’s,  I wasn’t much into church compared to running around, climbing in trees, or riding my bike.

One Sunday morning, maybe when I was around 7 or 8, I think after my parents had a hard partying night, I remember my mom walking out to the front yard where my brother and I were playing and asked if we wanted to go to church anymore.  We thought it was a trick question. We said we were fine just playing and that was the end of it.  It was like getting a continuous summer vacation.

Flash forward a couple more years and it came time I went to confirmation.  There were classes at church, but I didn’t have any interest.  I didn’t memorize the Lord’s Pray and was flunking.

So my mom had a chat with the cannon, who happen to live just down the block.  It seems that they were taking a long family vacation, like over 2 months, and they needed someone to dog sit their golden retriever, Chandler.  So the deal was that we would take care of their dog and I was to be confirmed.  I think there was an implication that I would learn everything about confirmation later on.

I was a kind of ambivalent towards religion up to this point.  This deal was the tipping point.   And throughout life, I realize these “religious deals” happen all the time.  Doesn’t seem like god would approve of personal deal making superseding religious “rules”.

I’m pretty okay with my beliefs.  I say all this, but wear a St. Christopher medal that my mom gave me.  It has the Lord’s Prayer on the back.  And when my pets pass, I pray that their spirits are as free after death as they were when they were alive.

I guess we all use some method to meander our ways through life.  It might not be an organized or recognized religion or anything more than a thought, but whatever you call it, it helps us navigate through this complicated situation of life. 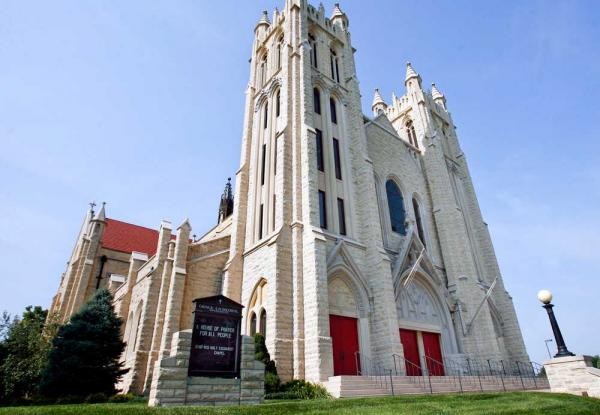 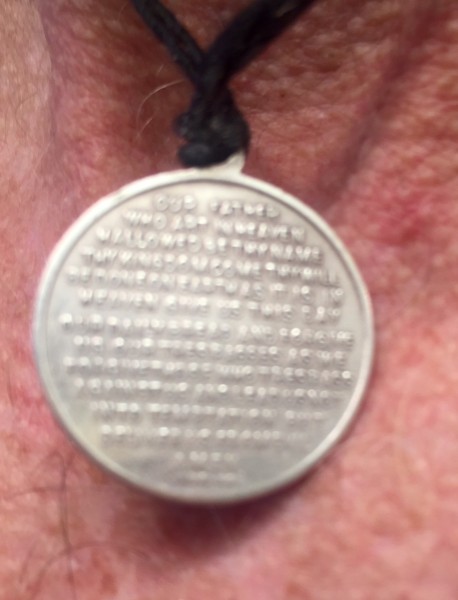 My St. Christopher medal has the Lord’s Pray on the back. Pretty small writing. 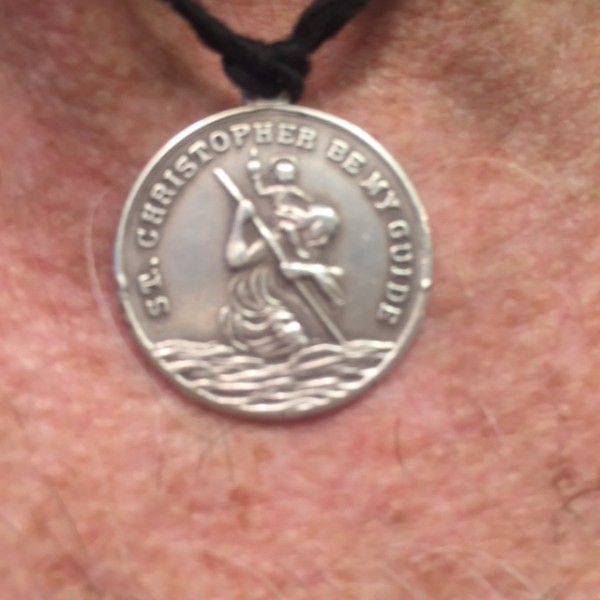 St. Christopher is the patron saint for travellers.

60 thoughts on “My Religious Upbringing”