If there is only one thing you can do to improve you overall lifetime health, my suggestion would be to keep your teeth healthy.  And the best way to do this is to go to the dentist on a consistent basis.

I’ve always had pretty crummy teeth.  I’m not sure if it was from drinking a ton of pop when I was a kid, or mouth breathing when I slept, or just bad genes, but for whatever reason, I have did get lucky with the teeth.

My mom had pretty awful teeth, mine are better.  She got hers all pulled when she was in her 40’s and just had dentures from then on.  I think that was more of a cost thing than an actual bad tooth thing, but for whatever the reason, she did it and had to live with it.

I read on January 1st that back 100 years, so in 1915, the average age for a male to live was 47 years.  Man, that blew me away.  I’m not sure if that included infant mortality, but whatever, 47 isn’t that old.  I think a lot of what seems like an early demise was because of bad teeth.

I had a tooth pulled on Monday.  I’d spent a ton of money trying to do it right and it just wasn’t. It already had two root canals and a crown, but it just didn’t feel right for the last couple years.  I finally made the executive decision to just get it pulled and put in an implant.

I haven’t had good luck with getting teeth pulled.  I had my wisdom teeth pulled when I was in my 20’s.  I went to the dental school in Kansas CIty and they were planning on pulling all 4 of them.  3 hours later, they had removed the top two.  Man, was that painful afterwards.   I eventually developed dry socket and was laid up for a few days.  I lost over 10 pounds, just laying there suffering.

This time it has been better.  The tooth didn’t want to come out again.  It broke off and then had to be cut into sections and  the roots extracted individually.  I am always surprised how far a root of a tooth can extend.  One of my roots was nearly all the way into my sinus cavity.  So far, that when Dr. Gilmer was finished, he held my nostrils shut and told me to blow lightly.  He was concerned that there was an air passage between my sinus cavity and empty socket.  Crazy.

Looking at the roots, I can see why they didn’t want to come out.  The are so long, longer than the tooth itself.

The first day was nearly painless.  Yesterday it was a little worse and now today I’m starting to worry that I might be getting dry socket again.  Not seriously worried, just worried.  The pain from my previous experience is burned into my memory.  I don’t want to go through that again. 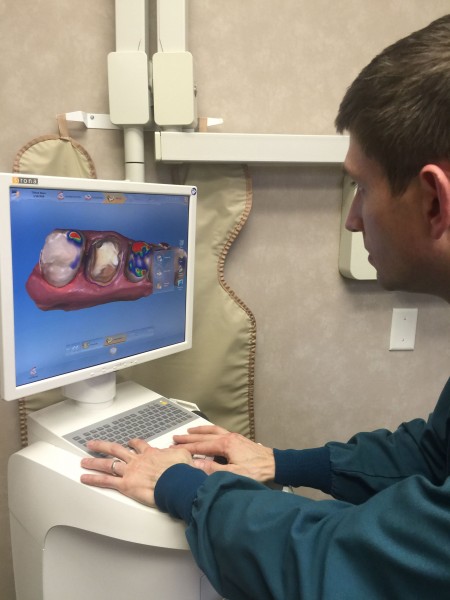 Modern dentistry is super cool. This is Dr. David Gilmer looking at a 3D image he took. 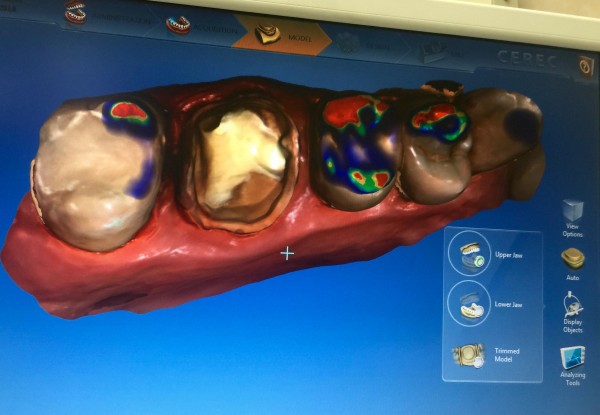 It looks kind of creepy, but it really does show a ton of information.

9 thoughts on “Take care of your Teeth”