Last night I was pretty ill.  Like violently ill, for the whole night.  Man, that was an experience.  I have no idea what the deal was.  Trudi made stir fry at 7, then around 9 my stomach started feeling weird.  By 11 pm, I was in incredible pain.

I don’t see how it could have been food poisoning.  5 other people ate and they all feel great. There was no meat in the stir fry.   It was on top of wild rice.  Whatever.

I have never been that sick in my life.  I was deliriously sick.  It would come in waves, maybe 30 minutes apart.  I’d think it was over, but it just kept coming and coming.  I probably threw up 50 times.  The last 10 or so, nothing was coming up and that is when I felt I was doing real damage.

Plus, about 3 or 4 am, I started cramping.  Like all over.  My right foot was cramped up for maybe 2 hours, but that was the least of my issues.  I was getting hamstring cramps, thigh cramps, which I’ve never had, my neck, back, you name it, it cramped.  Trying to hobble to the bathroom all cramped up would have been a sight to see.

Initially I was worried about my broken ribs, but that turned out to be a non-issue.  Sure it felt like someone was stabbing me in the side every time I puked, but the abdominal pain was 100 fold that of the rib pain.

I thought seriously about going to the hospital around 5 am.  It didn’t seem right that I could be that violently ill for so long.  But the hospital is in Hayward, about 30 minutes away, and by the time I’d made a decision to go, the pain had already subsided some, giving me hope it was done.

So, around 7 or 8 am, it just left as it came.  Now I just feel like I got run over by a train.  Pretty much just like the flu, which is a 99% improvement from the night episode.  My legs are twitching like I just rode a 6 hour hot road race.  It is all so strange.  Plus, my stomach is making noises that would perfect for a soundtrack from Jurassic Park.

Sorry to even post this, but you know how it is, I seem to write whatever is on my mind.  And I can’t think of anything else, just now, than replaying the night over and over.   I wouldn’t wish that experience on my worst enemy.  When it rains, it pours. 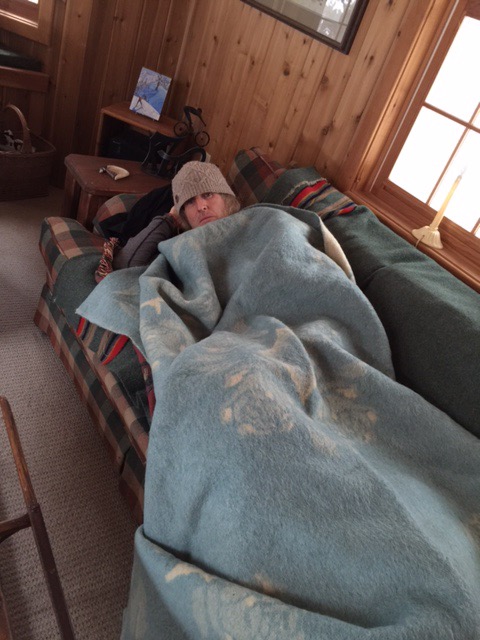 My position for the day. 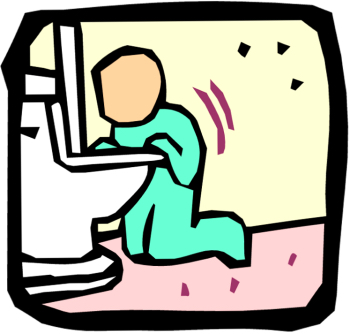