I managed to make my way over to the venue yesterday to watch a few races before taking off and head to Louisville.  The weather was perfect and the venue was beautiful.

The good is that the race course was awesome.  It is super spectator friendly, easy to get around, beer for sale nearly anywhere you want, just about perfect.  The course still is a bit hard for most of the guys that are racing before Sunday, but most bike racers like challenges, so this is probably a petty concern.  They weren’t hauling people away on stretchers or anything like that.  Parking seemed to be manageable.  I have no idea how many guys were parked over at the satellite parking, but it really wasn’t an issue driving straight to the venue and finding a place.

The bad now, and I think this is terrible.  The officials were pulling riders because the scheduling didn’t allow them to finish.  It is total and complete bullshit.  I wasn’t at the start finish line for all the races yesterday, but I was there for the race I was supposed to be racing.  I was so surprised when the officials started pulling guys and the race leader was hardly half a lap into his final lap.

I made a note to look at the timing clock and they started pulling riders a full 5 minutes before the leader finished.  These are guys that had one lap to go and there was no chance they were going to be lapped.  I would love to hear an explanation from anyone how this is possible.

These guys paid at least $65 to race and they deserved to get to race their complete race.  If USAC didn’t allow enough time for them to do so, all I can say is Shame on them.   The riders from 33 place to 59 were put one lap down and all were still racing for places.  I don’t understand it.  There is no a rule in the USAC rulebook that allows this.  At least not one I know of.  I’m sending out a couple of emails to the officials and powers at USAC to try to get an explanation.  Someone 1/2 a lap down in a cross race, with one lap to go, especially the Nationals Championships, deserves to get to finish the race and not get pulled.

The ugly, well, that is weather dependent.  Like I have written the past couple days, if this course get wet, it is going to be dangerous and there is going to be a ton of running.  It is already a tad muddy from the freeze/thaw cycle, but if it rains, then watch out.  I would love to be watching on Sunday, but just couldn’t stay around.  It was hard enough watching yesterday.

I’m in Louisville Kentucky, heading up to Cable Wisconsin this morning.  I’m pretty beat up.  The main problem is my ribs.  Broken ribs are pretty painful and really get in the way of life.  I didn’t realize how violent a burp or hiccup can be. Or just laughing.  I can’t blow my nose.  And so far, the last two nights, sleep is nearly impossible.  But, I’ve went through this before and know it gets better.  The broken thumb is just inconvenient.  Having use of two hands is something you get used to and only having one is awkward. 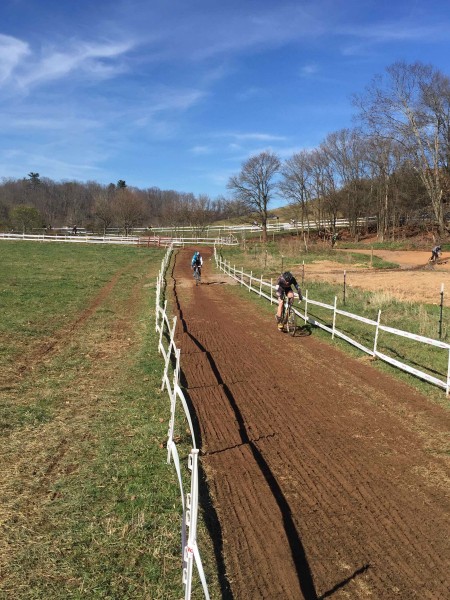 Pete Weber and Mark Savery duked it out all day. 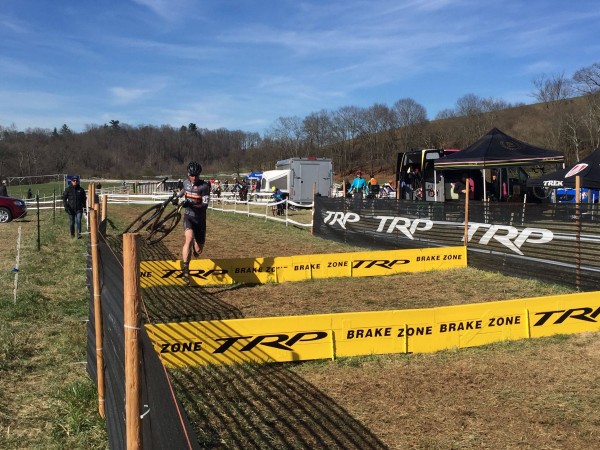 Peter finally got the lead and won. 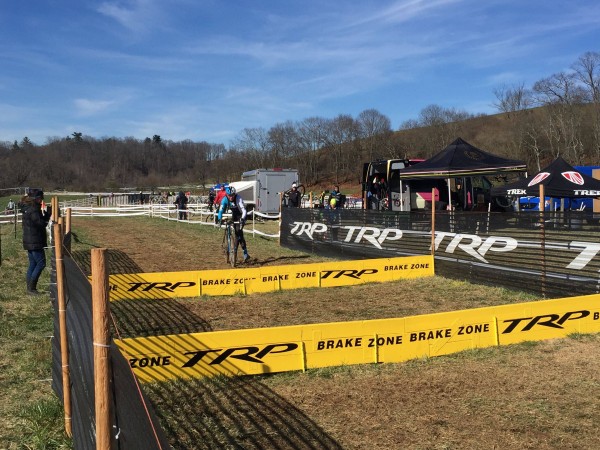 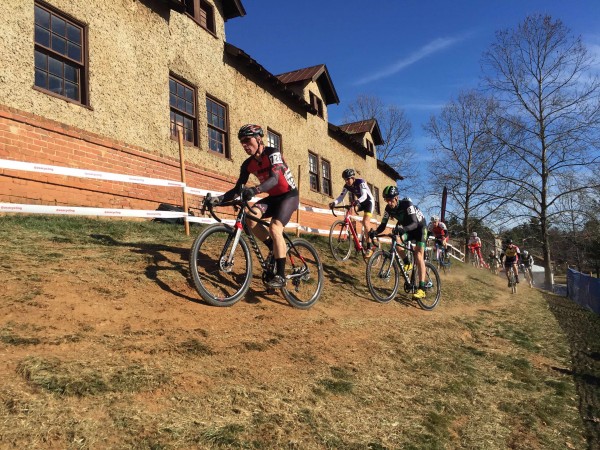 This section will be treacherous wet. 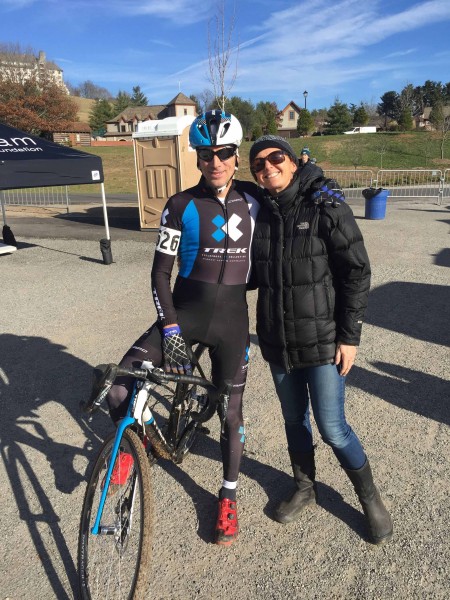 Tom Price finished 2nd in the 55 plus after winning last year. He was technically the best rider on the course, but has had some personal issues recently, so he had a super race. 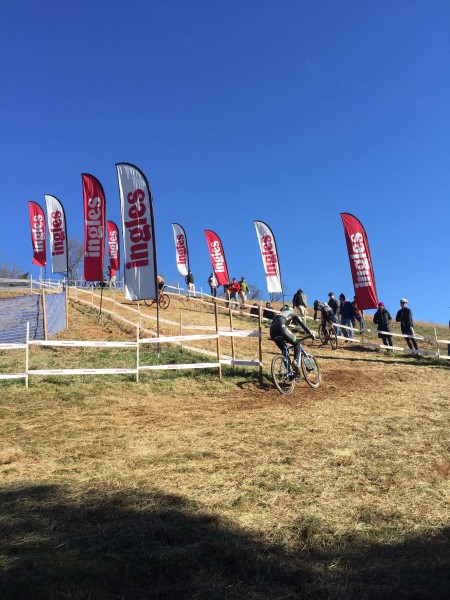 This is a pretty cool section of the course. But, once again, wet, it is going to be a completely different story.

11 thoughts on “the good, bad and ugly – Cyclocross Nationals”