Yesterday I passed the 14K mile mark for riding this season.  For some reason, every thousand miles seems like a new level.  This is really the first year that I’ve kept track of nearly all the miles I’ve ridden.  Probably in my whole life.  I’ve tried to be pretty good about adding them when my Garmin is dead or I just don’t use it.

Back when I was racing full-time on the road, a long time ago, I’m sure I had a lot more miles.  I have done up to 4 two week stage races in a season and each of those is easily over 1000 miles, so in just two months I’d have 4000 miles.

Anyway, I don’t know why, the number still seemed big yesterday when I saw it flip over.  It is a little less than 40 miles a day, 365, so it really isn’t that much.  The mileage is lower because I did ride pretty exclusively for a couple months on my MTB and the distance covered is about 2/3, or less, than on the road.  I guess I’d be over 15, or maybe 16K if it was exclusively road riding.  And it is with nearly 750,000 feet of climbing.  Guess that is over 2000 feet a day average.  Seems alright.

I really don’t have that many race miles.  Not that many at all.  That adds a ton of mileage with lower time.  If you divide the miles ridden by the time, it isn’t even 17 mph.  But, like I said, a lot of the mileage is off-road and that lowers it a lot.

Anyway, I’m hoping to add 100 + miles today.  Adam Mills and I are riding out to the Swamis Saturday ride in North County and doing a lap of Lake Wohlford and then back.  I’ve been feeling just so/so the last couple days, but need to get in a big ride before I have to face the cold again.

Yesterday I sort of rested and rode down to National City and back up through Coronado and took the ferry back to San Diego.  I met a guy at the ferry station that had been touring in Baja Mexico.  His credit card wasn’t working so I bought him a ferry ticket.  Super nice guy, Nathan, from Urbana Illinois.  He said he wrenched at Neutral Cycles, which is in a garage I guess.   I hope to run into him again sometime.

Okay, I need to get dressed.  The ride starts at 8 am and it is an hour and a half up there.  It is still dark out, guezz. 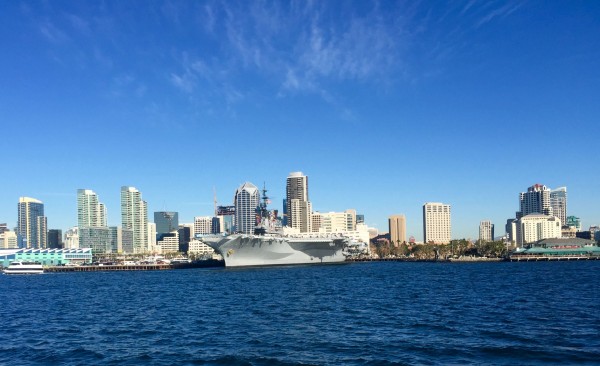 San Diego skyline from the ferry. 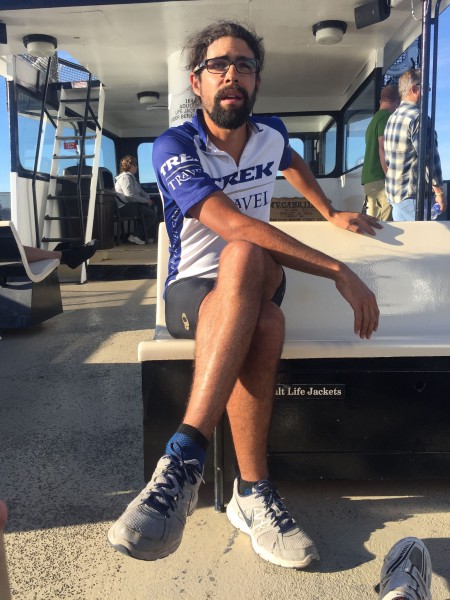 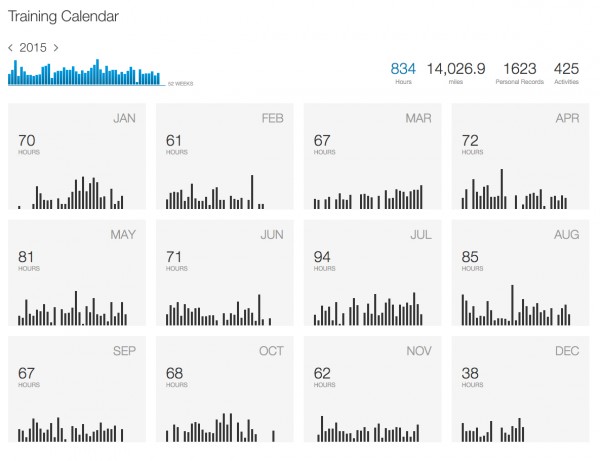