I’ve only done 3 cyclo-x races in my life in Texas and each and every time it has been true cyclocross condition.  And this doesn’t even count the Nationals in Austin which were epic.

You would think that Texas cyclo-x would be like SoCal racing.  Dry, dusty and fast.  But, from my experience, that hasn’t been the case.

The Resolution Cross Cup in Dallas last weekend was hard bike racing.  The course was slicker than shit.  Way, way slippy.  More than Jinglecross by miles.

I’m missing a few talents that I’ve historically had, so I’ve had to make due.   The muddy races have never gone good right, from the start.

Sunday in Dallas, it was the same.  I got a good call-up and was okay off the road.  I slipped around a little, but was still alright going into the woods section.  But it fell apart from there.

I was trying to run up a little slick, clay hill, and my left foot slid out and I landed full-force on my knee on a rock.  A very small rock and right between my femur and kneecap, on my patella tendon.

It was crazy painful.  I just stood there for a second, thinking I’d severed my tendon, the pain was so sharp and then limped up the few steps to the top of the hill.

I couldn’t really clip in with my left, probably more from the clay on the bottom of my shoe than the pain, but whatever I coasted down the next field descent thinking about what I should do. During this time, I was close to the back, of course.

Slowly the pain lessened and I started pedalling.  I have to say that I got feeling better, both less pain and riding cleaner.  But every time I stood up, I would get a shooting pain on my tendon, so I was haven’t this yin/yang deal with am I hurtin’ myself or not, so should I really be pushing hard on my pedals.

Anyway, towards the end I just decided to ride hard.  I can’t say riding hard was fast, but I was going okay considering.  I was pulled with 2 laps to go, which was demoralizing.  There were two guys on the road right ahead of me and the official let them pass and red flagged me.  I only must have missed the 80/20 time cut-off by a few seconds.  I would have passed both those guys and finished 15th instead of 17th.  Not a big deal, but I wanted to ride some more laps and see if I could improve my technical skills.

Jamie Driscoll won the race again for 3 UCI victories in a row counting Sunday in Iowa.   Watching the last lap, all the guys looked beat.  There were big time gaps between everyone. There really was no advantage riding with another rider.  It was you against the course.

After the race, my knee was throbbing.  I could barely walk.  But I took a bunch of ibuprofen and now my knee is better.  Not great, but way better.  I road 25 miles yesterday and it loosened up after about 15 minutes, so I think I’m okay, just one of those things.

I entered the Nationals in Asheville.  Master’s.  The race is on Wednesday, January 6th.  I don’t understand USA Cycling scheduling.  Just screw the masters, which are the biggest participates of the sport.  I think there were nearly 100 guys entered in my race last weekend.  Crazy.  I’m not sure I’ll even hang around for the Elite races on Sunday, as probably most of the other masters guys won’t.  You’d have to spend nearly a week in Asheville if you wanted to do that.  A week for one 45 minute races.

This cancellation of Master’s Worlds in San Jose, by USA Cycling has really made it difficult for me to get motivated for the next three weeks.  I was contacted by two different parties about promoting the event still.  They said that they could put on a good event with 6 weeks notice.  I’ll post about that later.  It isn’t going to happen.  According to USA Cycling, it is a “nonstarter”, whatever that means. 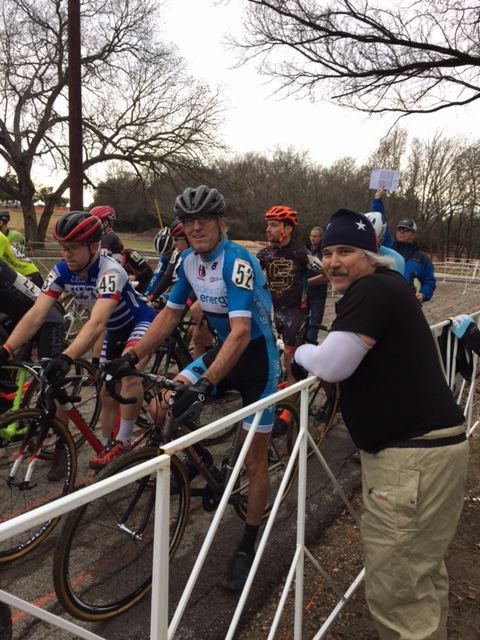 This is the start on Sunday, with an old friend, Sam Montag. 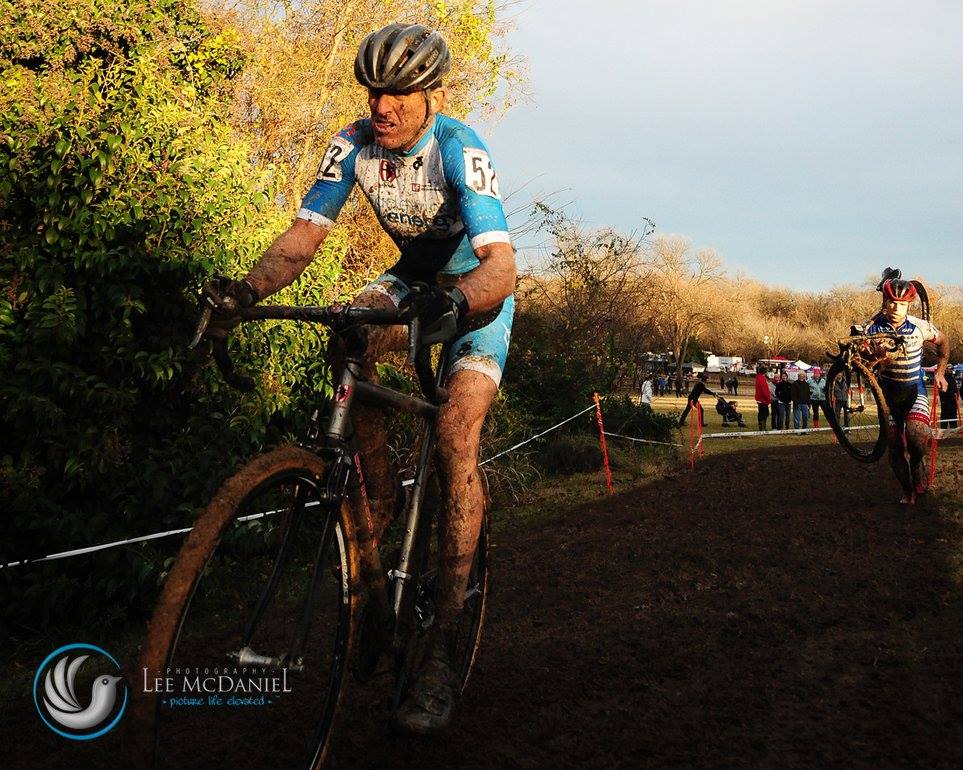 Towards the end of the race. This photo is by Lee McDaniel. Click here to see some more pictures of the race. 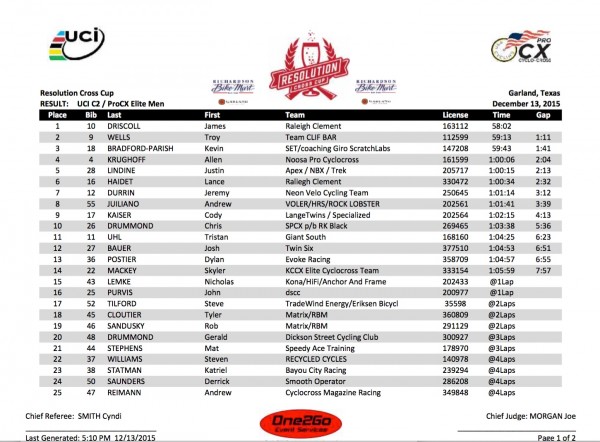