Yesterday didn’t go too well.  Actually, it wasn’t really that bad.  The result, or more accurately, the non-result was pretty depressing, but I had a pretty good day all around really.

I’m staying with some friends, Rod and Charlene Lake, who live south of White Rock Lake in Dallas.  I slept pretty great, their guest room is nearly a cave, and then Charlene made an incredible breakfast of eggs, pancakes, fruit, etc.

After that, I looked at the weather and realized I only had a couple hours to ride before it starting raining.  So I jumped on my bike and rode 30 miles.  I was just trying to get the cobwebs out from not riding for 2 days.

I got a little behind and didn’t leave for the race until after 2 and the course was only open for warmup from 2:30-3.  We were a little late and I got dressed fast and got out on the course.  I was heading first into the woods section, which had a few steep hills that were nearly impossible to walk up because of the rain.  Then I noticed my rear tire was flat.  Shit.  It was a FMB and I really didn’t want to get my other bike all muddy before the start.

So I really didn’t see all the course, but saw the general layout.  I got the last callup, very last guy.  This random thing isn’t working out so well for me this year so far.  I wasn’t that worried since there were only 33 guys there and a long road hill for the start.

I passed a bunch of guys at the start and got up to 17th early in the first lap.  Everyone was bobbling a bunch.  It was super slick, way slicker than Jinglecross.  Lots of clay I think.  I passed a couple more guys and was feeling pretty good so far.

In the woods section I lost some places.  I got the ribbon around my shifter on one hill and there was a big gap in front of me.   Toward the end of the first lap, there were some u-turns and I slid out on one.  I must have either bent my derailleur hanger or just clogged my pulleys up with mud and crud, because a few hundred meters later, my rear derailleur was ripped off.  Not really ripped off, but pulled back enough to jettison a pulley and make it unusable.

I tried to get the chain to ride over the one pulley and keep riding, but no luck.  I was so far away from a pit that it was useless to continue.

Pretty depressing really.  It was a Di2 Ultegra derailleur.  It very easily could have been a Dura-ace, which would have been worse.

So, I walked back to the pit, got Trudi and then headed to the bike wash.   All the power sprayers were pretty busy, so I just put the bikes into my van and drove to a car wash.

I had brought a new Di2 Dura-ace derailleur with me, and a hanger, so I fixed them when I got back to Rod’s house.  Other than that, my bikes were fine.

So, one down and one to go.  It is supposed to rain all morning and clear by the race start which is 4 again.  I hope to have a little better luck today.  I think I was going okay, but I’m not really sure.  I would really like a riding course, but that isn’t going to be the case today.  I has to still be muddy over there.  Probably worse since all the other classes are doing circles there all day.

Okay, that’s about it.  Jamie Driscoll won the race,  Allen Krughoff came back from an early first lap crash to finish 2nd just 35 seconds back.  Pretty good race for him. 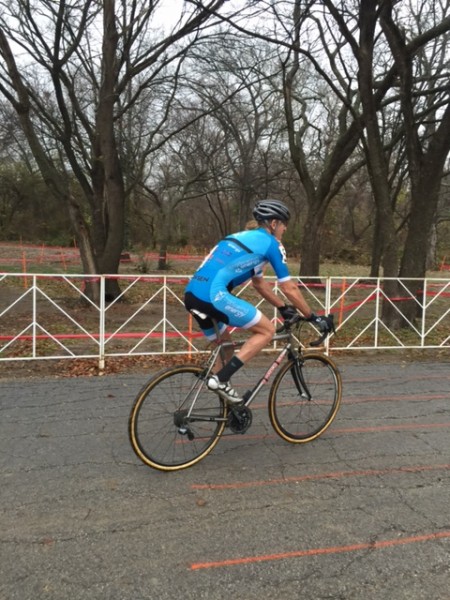 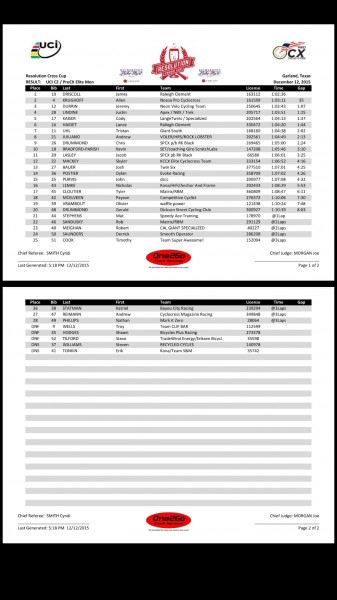 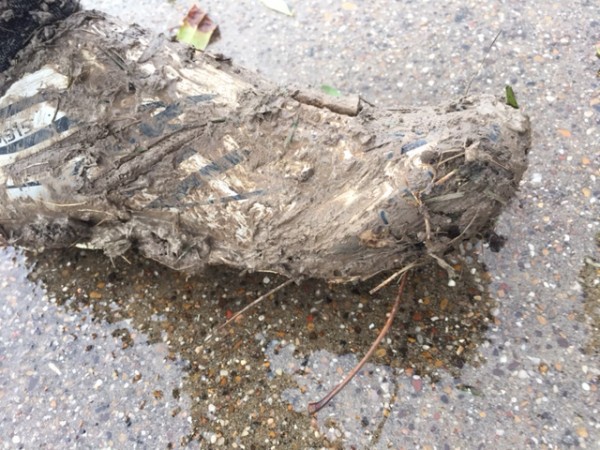 Just after one lap. Pretty mucky. 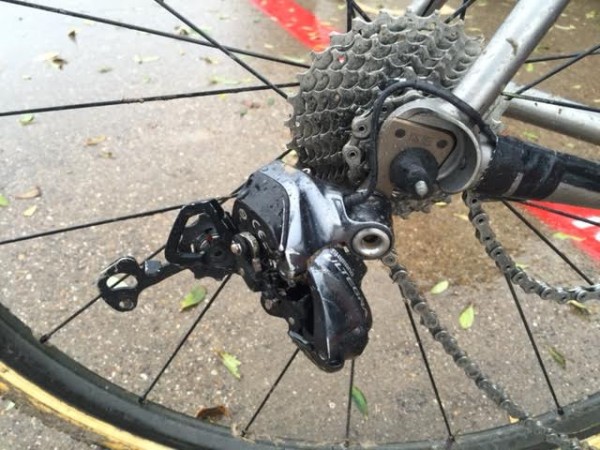 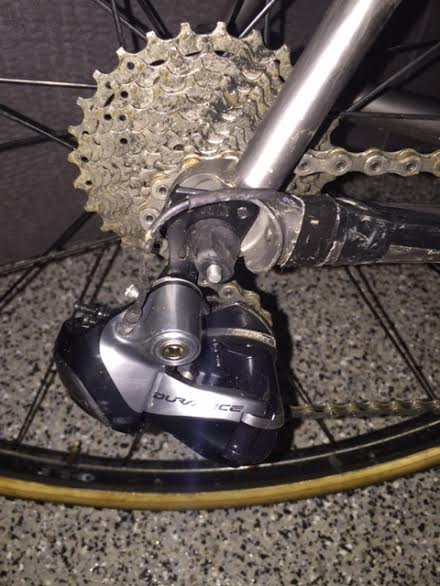 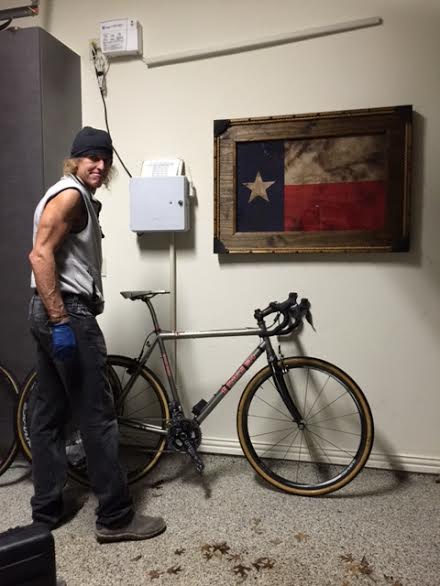