It is about 2 :30 am and I’m not really very sleepy.  That is the only downside of all these night time cross races and criteriums.  You are so jacked up at 10pm-12am, that you can’t sleep until way too late.  i had time to clean my very mucky bikes, hand wash my long sleeve skinsuit and generally get organized for the whole thing again tomorrow at 2:45pm.

The race tonight went alright.  But, I wasn’t expecting alright, so I’ll take it.  The course was the hardest of the weekend, I think.  A long run, slog, up Mt. Krumpet.  Plus it was pretty super muddy everywhere else on the course, so it was just that much harder.

The were only 32 guys, but I still got a horrible start.  The first real corner off the pavement was deep mud and the guy in front of me fell into the course marking ribbon and it got wrapped around my pedal spindle.  So I was DFL less than 30 seconds into the race.  And pretty far off the back too.

But I felt alright and moved up to the back of the line pretty quickly.  There were 5 running sections.  I was worried about those, but did just okay.

I passed a few guys the first two or three laps and thought I was going to catch a ton more.  My A bike had FMB mud tread and was going so much faster than my B bike.  I finally, towards the end, just stayed on the good tires and prayed for my rear derailleur to stay on.   There was so much grass getting clogged into the pulleys that there were lots of mechanicals, but not so much in the UCI Elite men’s race.

Anyway, I finally got up to the top 20 with a couple laps to go and there were still 4 or 5 guys within striking distance, but I didn’t really make a huge effort to catch them.  And with 1/2 a lap to go, I just sat up and rode in.  There wasn’t anyone that I could see behind me.

I finished 19th, which isn’t that good, but compared to my Louisville UCI experience, at least I got to complete the race.  Probably because it was taking 8:30 minutes for the leaders to do a lap.

Jonathan Page won the event.  I was happy for him.  He seemed happy.  I talked to him before the race and he said that he had a bronchial infection that had been going on since July or something.  He said he only had 90% max breathing capacity, down to 60% after going hard. When I saw him after the race I told him that he smeared us with only 60%.  He said something about waiting until tomorrow.

By that he meant that tomorrow’s race is a C1 and Jeremy Powers, Stephen Hyde, Logan Owen and a few others are going to be racing.  The race is going to be going much faster I guess.

I dont’ have many pictures, since eveyone in my room that took pictures is asleep.  Here are a few.  I’ll add some more tomorrow.  Good night. 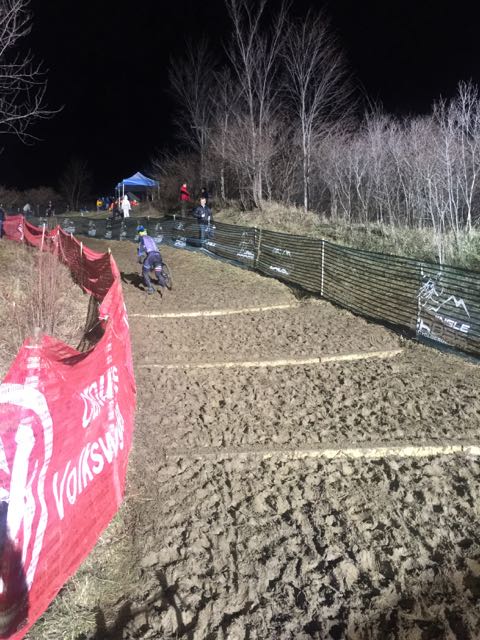 This was about 1/3 of the runup Mt. Krumpet. 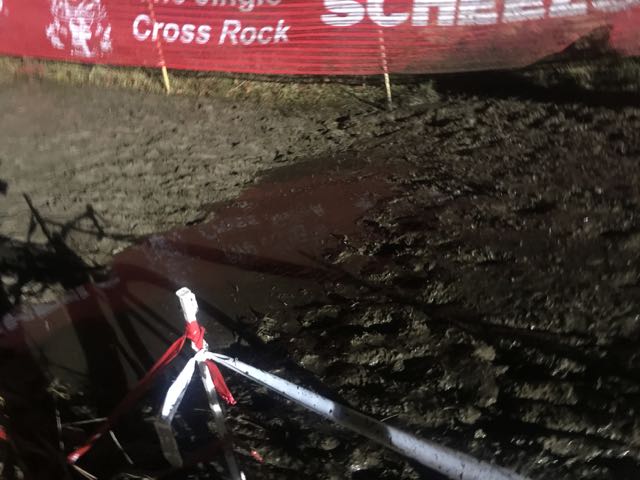 Other sections were worse. 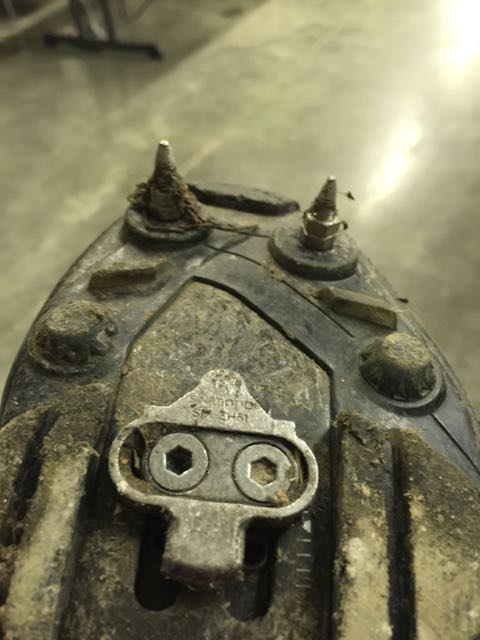 I put some spikes into my shoes before the start. 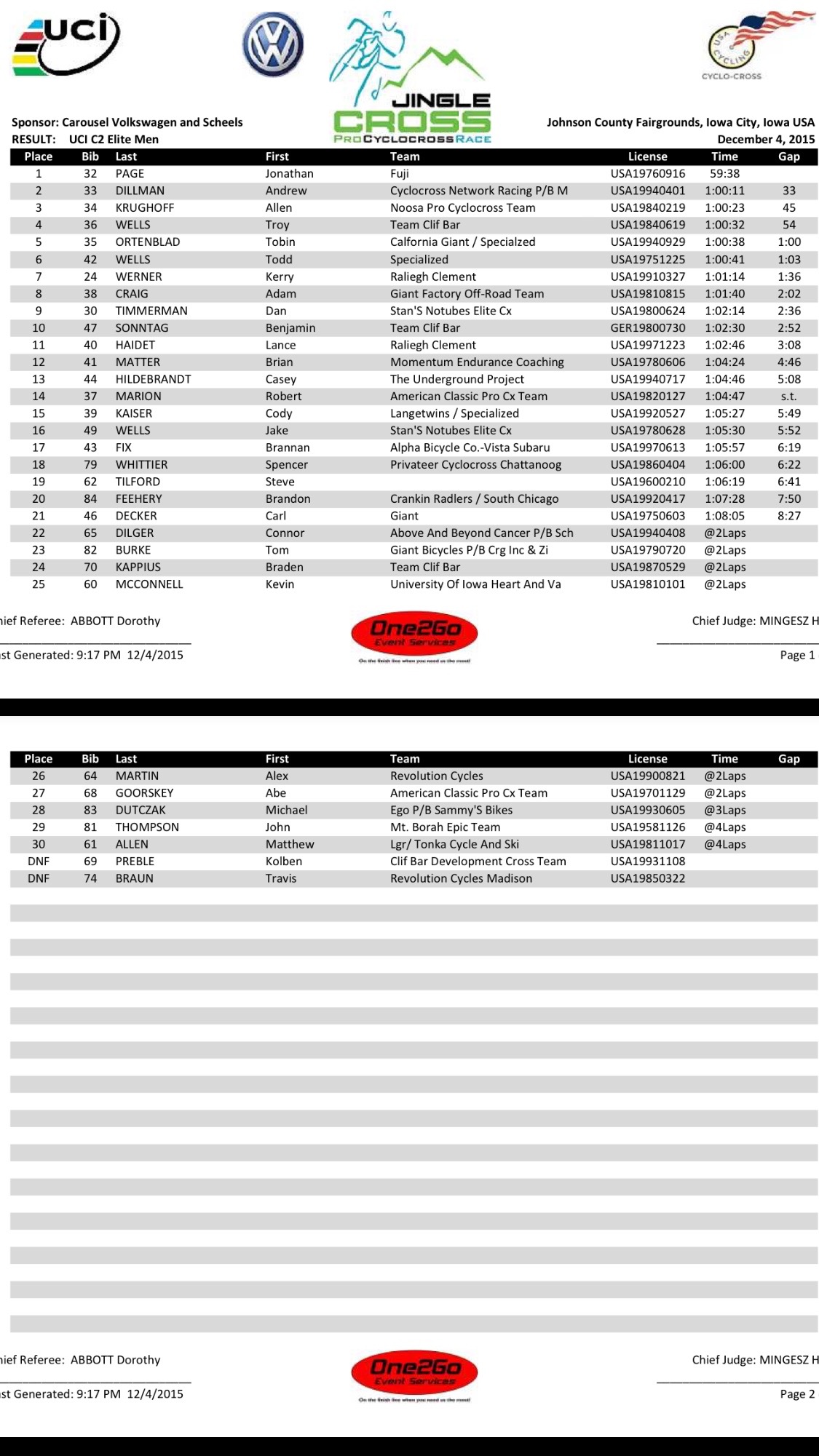 Jinglecross Day 1 results. I could have been much closer without such a shitty start and not really killing myself other times during the race. Maybe tomorrow. Click to enlarge.