On the spur of the moment, over Thanksgiving, I ordered some “sports breathing technology”.  I was on Amazon and ordered the Rhinomed Turbine starter pack, which has  small, medium and large things that go up your nose and supposedly hold your nostril open while exercising.

I knew it would most likely be a waste of money.  Even if they work.  I’m not big on adding more “technology” to the riding experience.  Plus, I know I’m just going to lose them all the time. ( I’ve already lost the one I used last night riding.)

I really can’t breathe much out of my nose.  Even after I did sinus surgery a few years back.  It really didn’t seem to help all that much.  I guess I have a long nose and the cartilage had broken down so much that when I breathe, my nose sort of collapses and blocks itself.  I did the surgery mainly for sleeping.  I believe breathing through your nose while sleeping is much healthier than mouth breathing.  I can barely manage it most of the time.

This isn’t the first time I’ve tried some sort of “technology” for breathing.  I tried Breathrights for a bit.  I only raced with them once.  I was doing a World Cup MTB in Australia and rode a couple times with them.  So I decided to race using them.  Within the first minute, my breathing sounded like a squeaky door each breath.  It was so annoying that I pulled the thing off after just a few minutes.

I’m not sure what the noise was.  Must have been a deviation of air from normal air flow. Whatever the reason, it might have been more air, but that didn’t work.

I’ve used the Rhinomed Turbine twice now.  It doesn’t seem to bother me that much, but it looks stupid.  Kind of like a nose ring.  A yellow nose ring.   But looking stupid doesn’t mean it shouldn’t be used.

Athletics, at least endurance athletics is all about air.  More specifically oxygen.  The more you can use, the better you generally are.  So getting more air into your lungs, easier is a good thing. But I ‘m not sure cycling involves a ton of nose breathing.

This might be better for sleeping, I don’t know.   I haven’t played around that much with it to know what its ultimate function might be.  And I’m not sure I am going to.

Anyone out there, other than Chris Froome, use one of these things.  Any pointers? 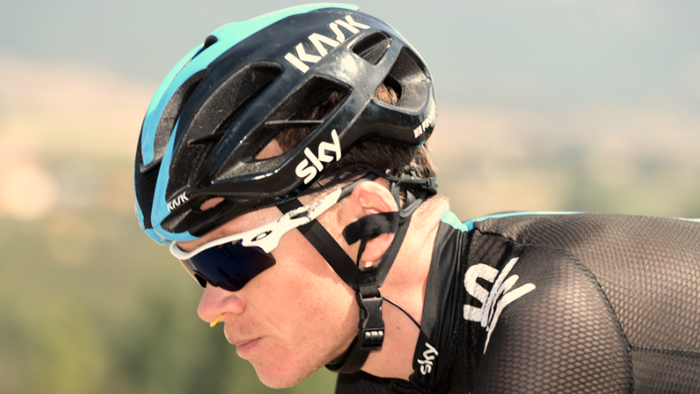 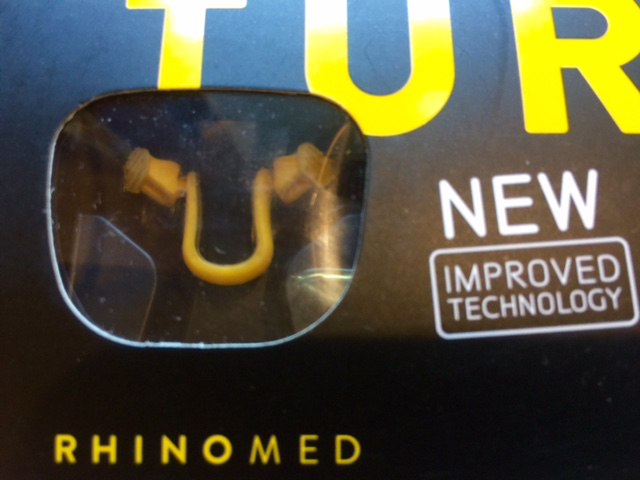