This week went pretty well so far.  The only problem is that I’m pretty beat.  I did take a day off the bike, Tuesday, which isn’t normal for me.  But I’ve been doing pretty hard manual labor for 6-8 hours a day, then jumping on my bike and training pretty hard, so I’ve been almost too tired to sleep.

Today I woke and just would have just liked to stay in bed.  I hate being exhausted for race weekends.  But no, I’m driving to Tulsa in a couple hours to race cyclocross down there tomorrow and Sunday, if I choose.  Right now, I’m only committing to Saturday, but I hate passing up on a 2nd race day.  Just depends how I feel after tomorrow.

I can’t seem to convince anyone else to go down with me today.  Joseph is driving down tomorrow.  Catherine is flying in from Seattle late this afternoon and says she is going to drive down in the morning, but I’d give that less than a 50% chance.  Her work weeks are as strenuous mentally as mine was physically.   She quit her job there and getting her old Topeka job back at the end of the year, so lots of ends to tie up and personality issues.

Yesterday was clearing brush for a few hours when I looked at my phone and there was a text from Joseph saying he was riding towards Topeka on gravel.  It was 30 minutes old.  I texted him back I was cleaning up and jumping on my bike.  It is a strange thing when you are dragging mentally, and physically, then all of a sudden, when something that comes up that you want to do, your mind and body are instantly in a better place and you rally. I wonder what the human body is doing to switch speeds so quickly?

A cold front came through the midwest and it dropped down below freezing last night.  The high tomorrow in Tulsa is supposed to be in the mid 40’s.  I’ve raced down there this time of the year and it was in the 90’s.  40 over 90 anytime for cyclocross.

I’m taking my computer to the Apple Store in Tulsa tonight to get it looked at.  I think there is a recall on the video card, so they are going to have to ship it somewhere to fix it, but we’ll see. Posting here has been a drag this past week.

Okay, I should go out and see how my tire gluing did last night.  I bought a bunch of Vittoria cross tires and they are hugely defective.  They blow out at the valve stem by just pumping them up.  I found this out after gluing two on.  So far, 3 out of 4 have catastrophically failed at the valve stem.  I can’t believe they would even put these things on the market.  I bought them from Steep and Cheap, which is Backcountry out of Utah.  Too good to be true. So, don’t buy these.   We’ll see how the return goes.

I have a bunch of good tires, FMB’s etc., but am saving them for later in the season when I’m a little better and more serious.  Right now I’m just paying my dues.  Plus, racing cross in Oklahoma has been a recipe for flatting.  I can’t count how many great tires I’ve flatted racing there.  Mainly on goatheads.  I sure hope that isn’t an issue tomorrow.  Most the guys down there run tubeless tires with sealant.  I don’t have any that aren’t clincher.  I’m taking those just in case.

Okay, I need to unhook the trailer, clean out the tools and reload it for bike racing.  It is around 30 and super windy.  Seems like fall/winter came in instantly.  Yesterday I rode in short.  Kansas weather. 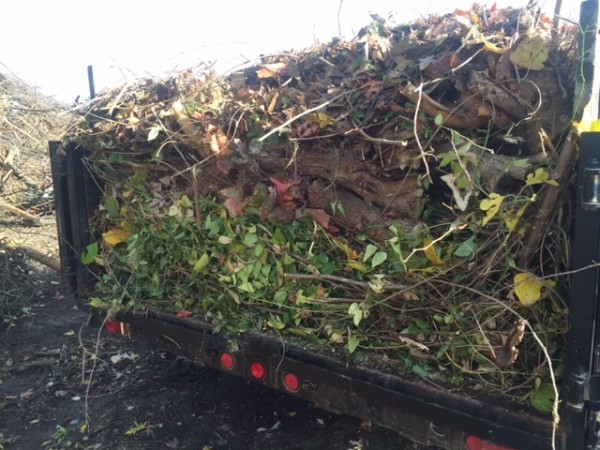 I get a lot in before I head to the vegetation dump. 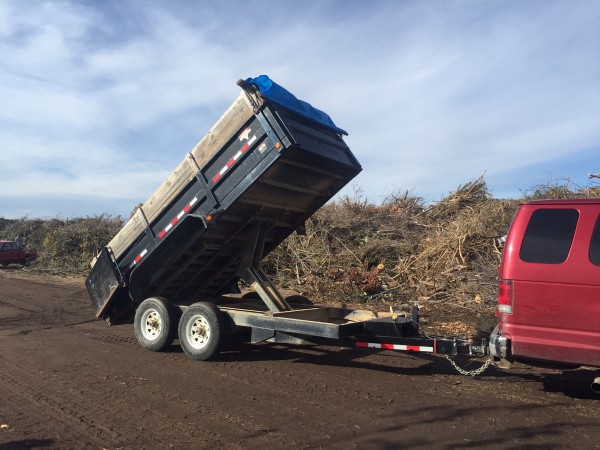 This trailer is great. 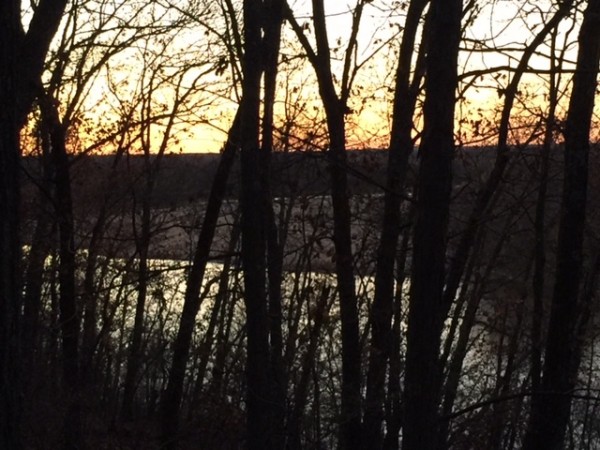 Yesterday riding on the River Road. 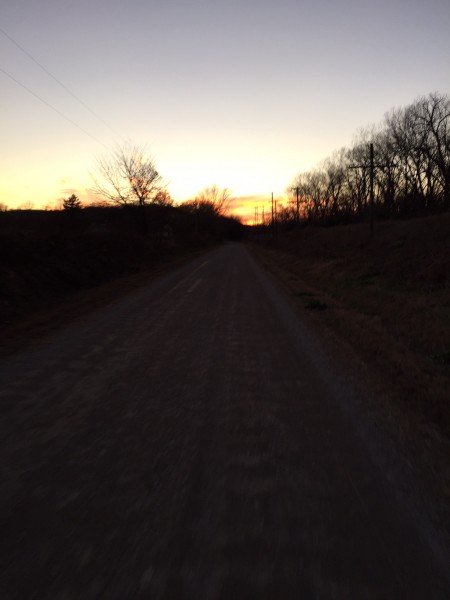 I got back after dark. It was fine, no one drives there.