It rained all night here in Louisville.  Well, I’m not sure it was actually all night, but it rained hard when I was aware of it.   I haven’t had a chance to get to the course yet, but I’m assuming it is going to be muddy for the pre-ride this afternoon.

I haven’t raced a cyclocross for 2 years.  I’m actually thinking the last cross race I did was two years ago here in Louisville.  But, that might be wrong.  I know I haven’t done Nationals for the past two seasons, so it has been a while since I’m raced cross.

I haven’t even tried any cross technique.  I’m hoping that the limestone rock stairs at the Eva Bandman Cyclocross Park aren’t wet or muddy when I’m racing tomorrow night at 6.  My broken hip still isn’t up to speed when my foot slips on stuff.  Especially when I’m under pressure.   That is my biggest worry.  My hip has ached some the past week, but I’m going to have Stacie look at it today.

Tonight there is a “gathering” at Stacie’s house.  It is a party for…..I’m not really sure.  Here is a link to the announcement.  Katie Compton, Ryan Trebon and a bunch of other riders are going to be there.  Actually, there are going to be close to 100 people here, so it is going to be a bit chaotic.  I’m going to try not to be too stressed for this weekend.  Baby steps.

I say that and I am already sort of stressed because I only have one bike with me.  And that one might be a little suspect.  Suspect because I haven’t really ridden it at all since making it back into a cyclocross bike from gravel road bike.  I’m hesitant to go over to the park and ride today when it is probably going to be completely different tomorrow, especially tomorrow night at 6 after all the other races have changed the course up.

Okay.  I need to get going.  I’m hoping to sneak in and get an x-ray of my thumb.  It has been nearly a month now since I squished it and it still is super tender.  I’m not really sure why I want to know because it is very doubtful that I’ll do anything  about it even if it is diagnosed as being jacked up.  I know it is jacked up.

I’ll post some photos of the race course if I drive by there soon. 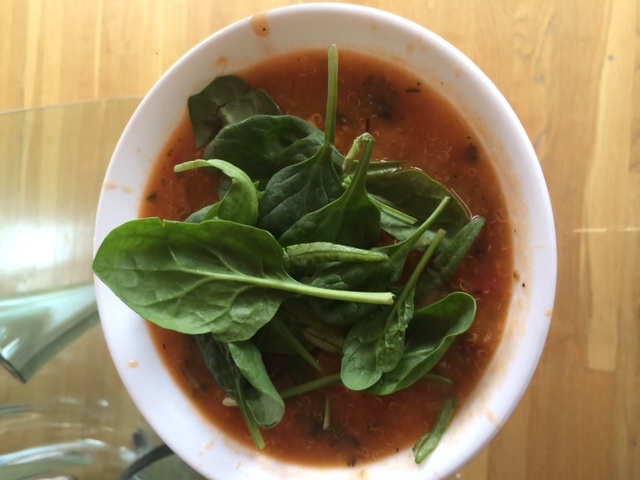 I slept a ton last night. I’ve been feeling a little off the last couple days. Karl made me quinoa vegetable soup for 2nd breakfast today. 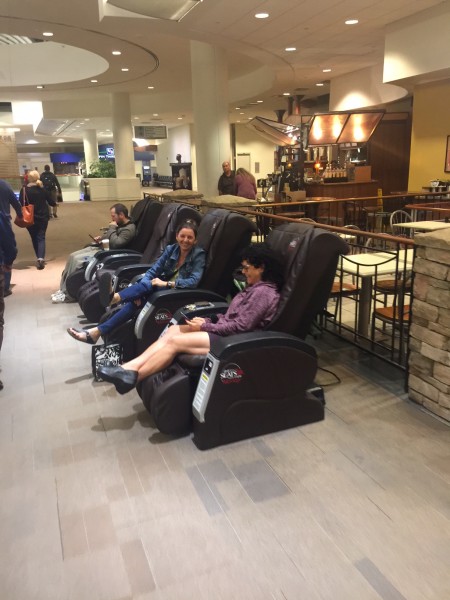 Trudi and Stacie waiting at the airport. 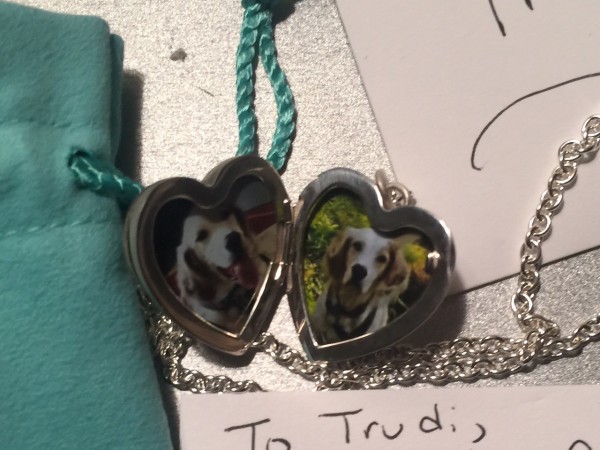 Stacie gave Trudi a Tiffany charm necklace with Bromont’s picture in it. So nice.