I had a bunch of time to ride by myself on the Nosco ride and think about things that have been mulling around my brain.  I was thinking how much I enjoyed the last two times I’ve been in Southern California.  And it wasn’t only for the riding, which was great, but also for the interactions.

A couple weeks ago I flew out here for the South Bay Wheelmen team banquet.  Here I made a new friend, Seth Davidson.  This guy is the real deal.  I instantly liked him.

I’m really not sure what Seth’s background is in cycling.  And I really don’t understand him enough to know what drives him.  But his is a very important cog in cycling in LA.

Seth asked me to come and speak for a bit at the banquet.  I thought it would be a “normal” bike club season finale.  But, no, nothing Seth does is normal.  He had the new Strand Brewery reserved and ready to house the 100’s of people that were there.

Seth was dressed in a tuxedo and was very at ease in the roll of master of ceremonies.  Seth gave out a ton of “wacky awards” to lots of different folks involved in South Bay cycling.  He knew them all personally.

Anyway, when I was preparing to talk, I had scribbled a bunch of notes down on a piece of paper, but when I got up to the stage, I decided to just wing it.  That was mainly because of the day I’d experienced and Seth.

See, Seth had told me this story about a girl on the Donut ride, a girl I had noticed and asked about.  She was dressed in knickers and a black jersey, with her seat a few centimeters too high. She seemed out of place compared to the rest of us.  But she was hanging tough, riding much better than “her looks” would predict.

Seth told me he was out riding around Palos Verdes early one morning, like 5 am early, and came upon this girl who was out riding with no lights, dressed in all black.  And she was going pretty good.  He told her she needed to show up at the Donut Ride on Saturdays to learn the sport.  And she did, and has.  She had shown up for the past two months and was going better and better.

This got me thinking about my meeting with Derek Bouchard-Hall, the CEO of USAC.  He is a smart guy and said the most surprising discovery of his personal fact finding mission was that our sport, cycling, was really just a huge collection of volunteers.  Guys like Seth who make the sport what it is.

And Derek is right.  Our sport isn’t the Tour de France.   It is a eclectic collection of people that have a passion for cycling.  And many don’t have anything to do with racing.  Guys that are building the new Danky Dank trail up in Cable Wisconsin.   Or the guys grooming the single track for fat bike riding in the winter.   Or 1000’s upon 1000’s of other people that are doing their small part to make the sport better for all of us.

We are so lucky to have so many Seth Davidsons in our sport.  It would survive without them.

PS – I didn’t realize this, but Seth has his own cycling blog.  I just found it.  He actually wrote a super nice write up about me on it a couple days ago.  I’m going to have to go back and read all of what he writes.  Here is a link, check it out. 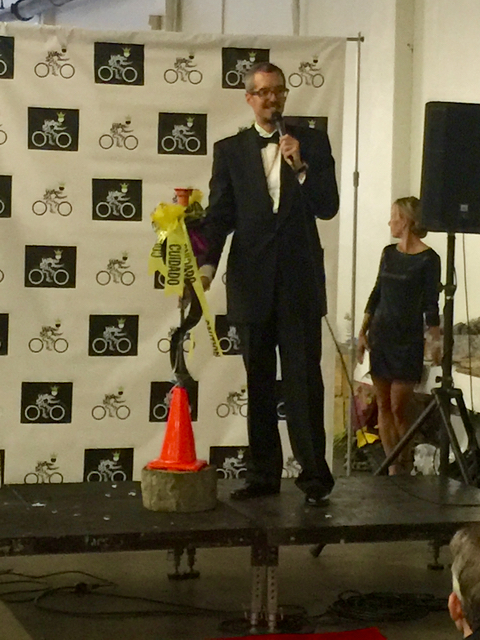 Seth is action at the Wanky awards.

12 thoughts on “The Cycling Tribe”