Okay, it is amazing how little you can get done when you think you’re going to accomplish a ton. That was the case for me yesterday here in rural Iowa.  I thought this was going to be an easy patch the roof deal, but that is never the case in construction.  I should have known.

Now I’m thinking about doing a not so easy patch the roof project and that won’t be enough.   I’m thinking that the whole roof needs to be replaced.  I will know a ton more this morning.  I was really hesitant ripping  off the rubber and leaving the whole thing exposed through the night.  There was a small chance of rain and was sleeting some when we were driving to Ankeny to go to Menards.

I cleaned the area of the roof that needs to be repaired.  At least the area that needs the most attention.  Then I went into the house and removed the ceiling drywall.  And kept removing it and removing it.  Ouch.

There was plastic sheeting as a vapor barrier on the whole ceiling and the insulation underneath the whole area was soaked.  Plus, the sheathing of the roof is completely done and needs to be replaced.  I haven’t even looked underneath the rubber roofing.

I think I found a place that has tampered insulation for decking.  So I’m going to tear out a 10 x 10 area this morning and hopefully get to dry decking.  Or at least to an area that doesn’t need to be replaced.  I really have no idea what the depth is of the rigid insulation under the rubber, so I’m hoping it isn’t that thick.

We went over to a friend of Michael’s that used to be a general contractor and got a ton of rubber, plus some more adhesive and primer.  I brought of bunch of slicing tape and patching stuff, so I think I have everything to put the rubber on.  Right now the insulation is the only question mark I have.  I’m thinking I can probably just match the roof slant with sheathing if the insulation isn’t available.  I guess I’ll see.

I was talking to Michael and Trudi on the drive and thought I should arrange a “gathering” next year to just redo Michael’s whole house.  A lot of Michael’s best friends, guys that rode and worked for him are pretty much experts at construction.  Paul Biskup, TIm Hinz and Pete Caron are 3 of super loyal guys that have spent years in construction.  Plus I know a lot more.

Then I came back and was reading the comments on yesterday’s post, plus a few emails and realized there are a lot of guys around that would probably pitch in some labor.

I was thinking of a mid-week gathering to access the situation and gather the materials, then a long weekend to do a home makeover.  Michael lives in the country, outside of Ames on 3 acres.  We could set up a little make shift village down on the lower 40 and just campout.  Work most of the day, go for a short ride, get back to work and then hang and tell stories around a fire at night. It wouild be like an old fashion barn raising.  Just old, and new friends doing something important.  Sounds like a blast to me.  It  needs to happen.  You are all invited.  The more the better in this case.

Until then, small patches to get through the winter.  I’m pretty sure I’m going to have to head back up here in a couple weeks to batten down the hatches a little more.  Hopefully today isn’t going to go sideways on me.  I’m not holding my breath on that one. 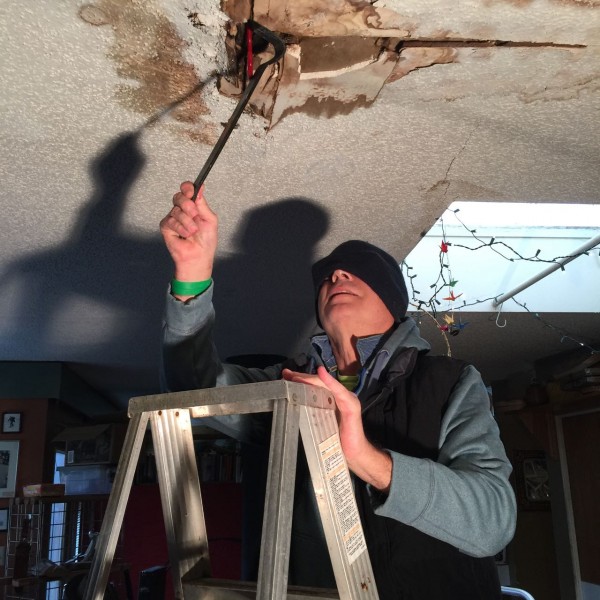 Michael on a ladder after recent hip surgery. Go figure. 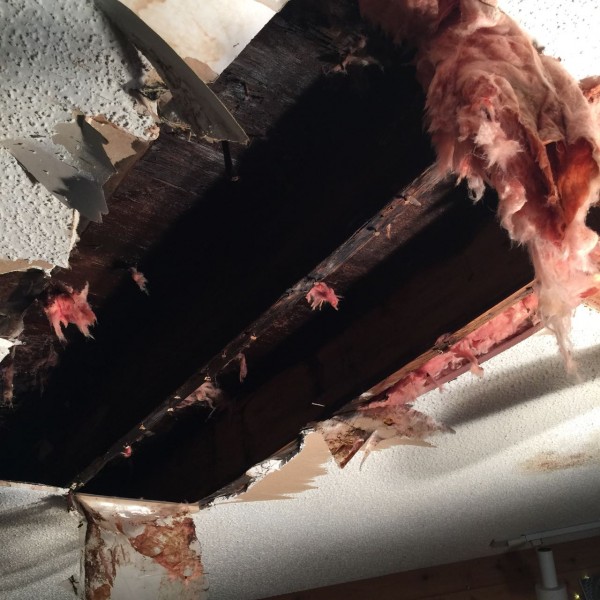 And it was ugly and just got uglier. 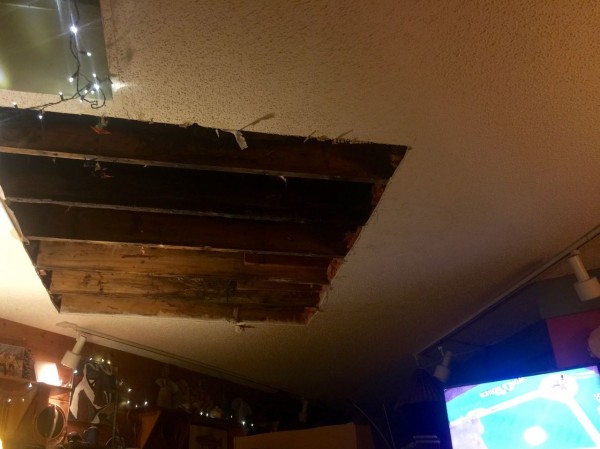 And it ended up looking like this. The wood dried pretty well over night. 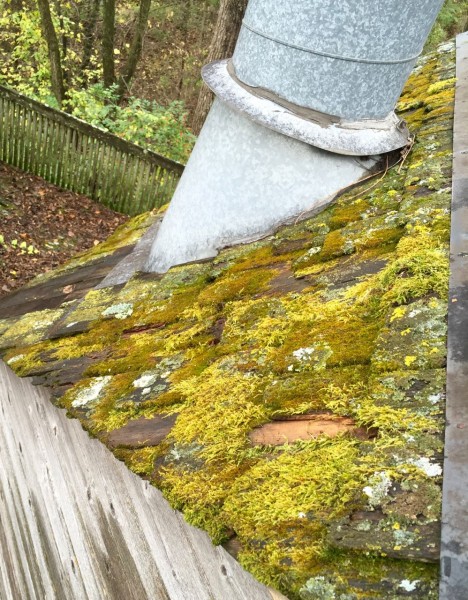 Some of the other sections of roof amazingly doesn’t leak. 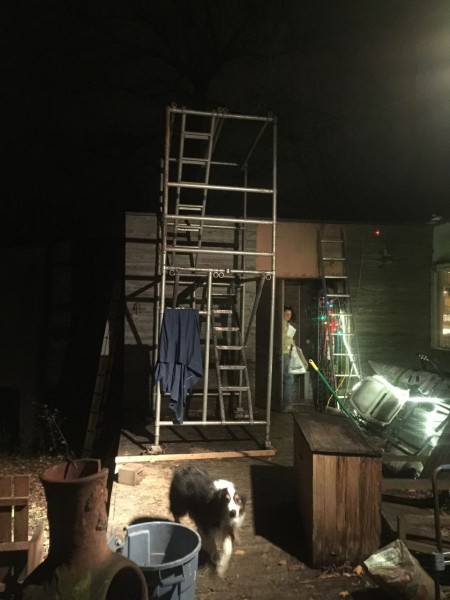 Michael had some awesome aluminum scaffolding just around. It took me awhile to assembly it, but it is going to save a ton of time. I kept working thru most of the night, checking in on the Royals game every once and awhile.