Yesterday I meet up with Joseph and Matt over on the RIver Road.  It is one of my favorite rides. They rode over most of the way to Topeka and I rode them back to downtown Lawrence.

On the way back, between Lecompton and Topeka, I came around the corner to see a inner tube laying on the edge of the road.  It really surprised me.  I don’t think I’ve seen a discarded tube or tire laying around for years.  I stopped, took a picture, then picked it up.  It is so wrong on so many levels that it was laying there.

I assume the person meant to leave it laying there on purpose.  I really can’t imagine a situation where someone would pack up all their stuff and forget to pick up the flat tube.  If it was a mental fart, that would be great.  But I’m thinking not.

Okay, let’s just forget the be friendly to the Earth deal.  If you’re riding on this road, you are doing it for the scenery and lack of traffic.   It is wonderful, tree lined, open fields, a view of the river from above. There is no place for people to be leaving trash laying around.  And this wasn’t really trash.  It was a tube that would be usable again with a single patch.  Whatever, it was an insult to all cyclists that ride this road.

I admit, I have been guilty of leaving tires on the road.  But that was a different time and society’s views on pollution was vastly different, really in its infancy.

When I was a kid, we all trained on sewups.  When a tire was completely done, either by just being worn out, or a catastrophic sidewall cut, if we were near a telephone or electric wire, while the guy changing the tire did his thing, we’d mess around trying to throw the tire up on the wire.  I think this was because throwing gym shoes on the wire had become a cool thing, I’m not sure.   I remember one tire hanging on a wire for 2 or 3 years.

I can’t imagine doing that now, just as I can’t imagine someone just leaving their tube out on the road.  I going to patch the tube and use it.  I guess it was just my lucky day. 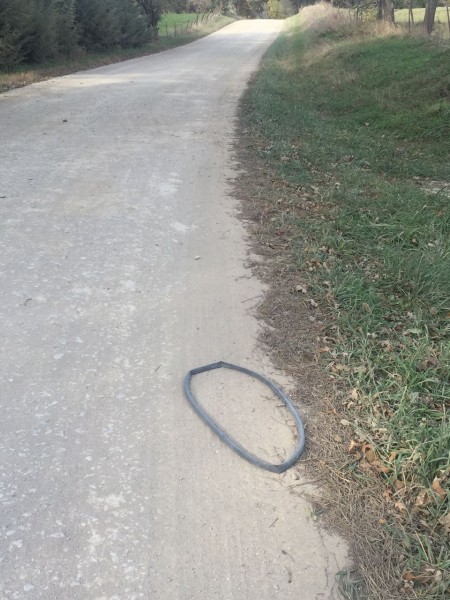 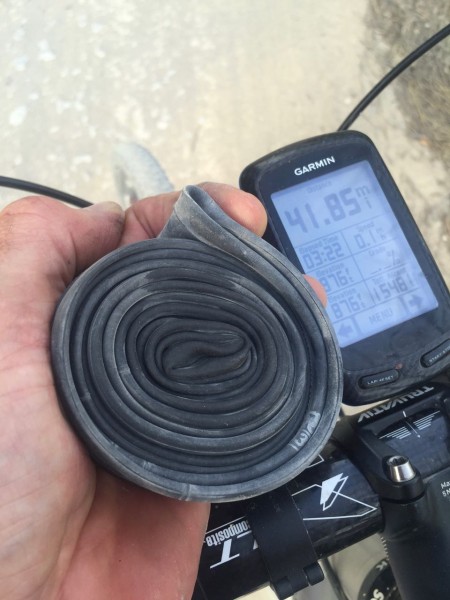 It took me less than a minute to roll it up and put it in my jersey pocket. Guess this guy didn’t have an extra minute. 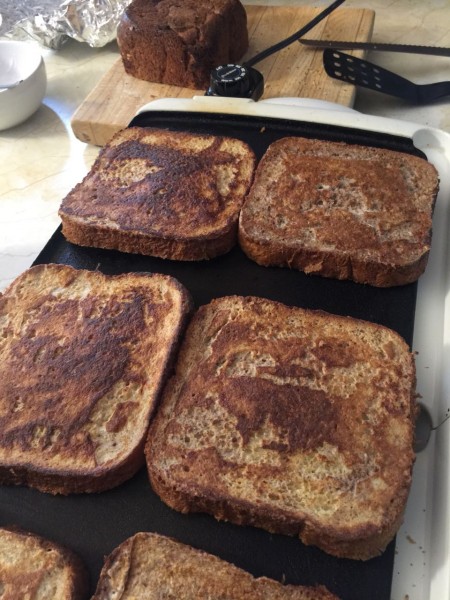 I made french toast this morning with fresh bread. It was super yummy. 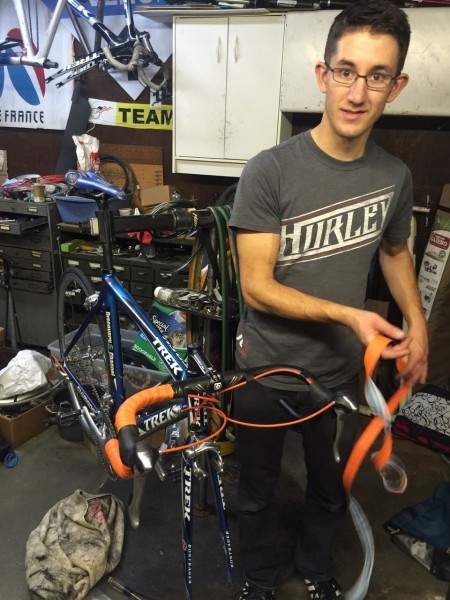 I was starting to collect the stuff I need for Berryman this weekend and Andrew came by to put his “new” bike together. We only had to put on the bars, cables, and tape the bars. It didn’t take long and was fun.