Topeka has a plague of Oak mites.  I’d really never heard of Oak mites before, but I now know a fair amount about them and don’t like them much.  It seems that this season might be the worst outbreak of Oak mites in recent history.  They are so bad this year because the 17 years locusts came out and the mites feed on the larva and the carcasses of those, so there are lots more.  They also must feed on humans.  They bite, much like chiggers.

These mites are pretty immune to anything that keeps them from biting.  So, if you’re outside, you’re getting bit constantly.  This is really slowing my project’s list from having checkmarks beside the tasks.  It is nearly impossible doing anything outside.  Today I’m going to try something new by wearing full long sleeves top and bottom.  Maybe even gloves and a hat.  I figure if the mites can’t get to the skin, then they can’t bite.  I think they are really, really small though, so my plan might be for not.

These little guys are so bad that I can’t even work in my garage.  I have a ton of bike work to do, so this is a problem.  I might have to move inside.

They are going to be around until it freezes a couple times.  That might not be for a while.  The leaves here are still solid green and the only sign of fall is the birds gathering, but the lower morning temperatures.  It is near perfect weather.

Today I’m riding over to Lawrence to meet up with Joseph Schmalz.  I have a couple tires he needs, so it is really a tire transfer ride.  It is supposed to rain later in the afternoon, so it probably should be earlier than later.  I need to seal up the tires on my gravel bike before this all takes place.

My ex-team mate, Benn Stover is getting married tomorrow night in Kansas City.  I am glad I’m in town for this.  I think I’ll ride to his wedding.  It is probably 3 1/2 hours or so.  Might ride gravel.  Bet I could round up a group.

Just finished watching the end of the Dubai Tour.  They cut the stage short because it was hot. Is that a surprise?  Could be a very hot World Championships next year in Qatar.

Okay, better get moving.  I think I need to carry some Hydrocortisone Cream or Calamine Lotion with me at all times today. 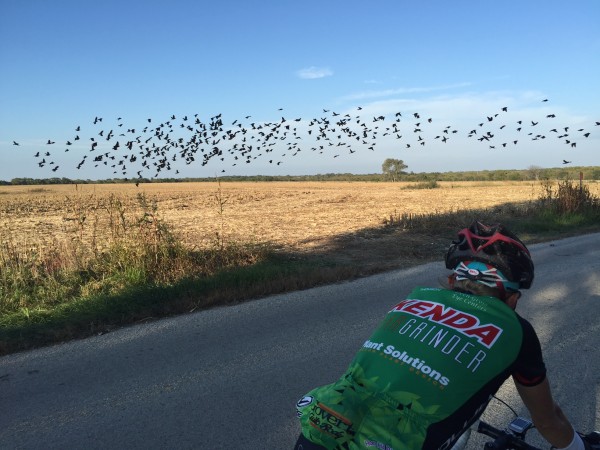 Seems like fall with the long shadows and gathering birds. 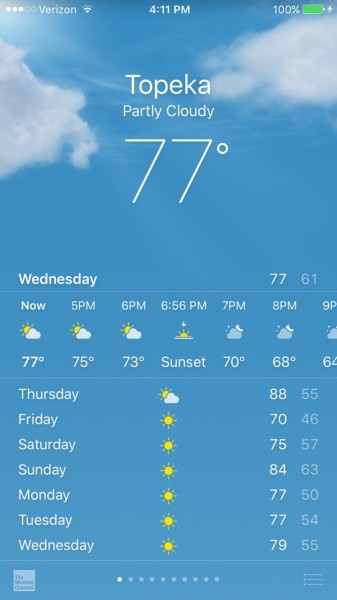 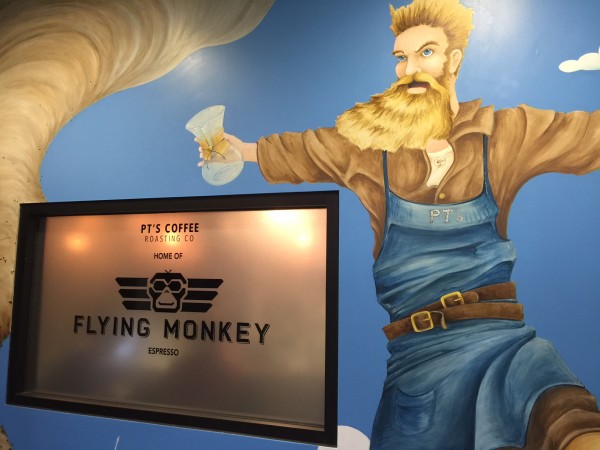 I went to the Tuesday night “beer ride” from PT’s. They have Tank 7 on tap. That is dangerous. Super high alcohol content. 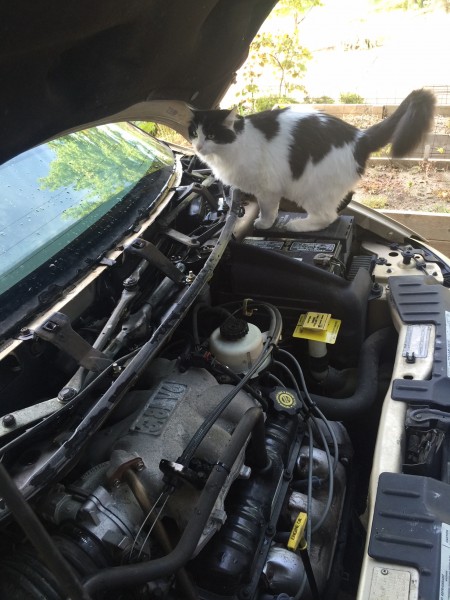 I’ve been doing a some car work, as long as my ankles can stand it. Fran was helping me yesterday. 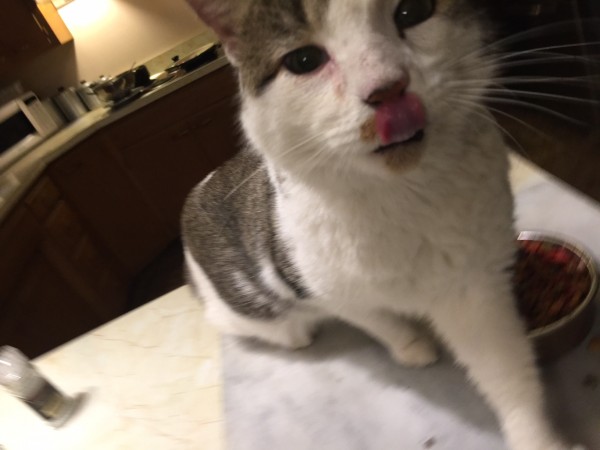 This is Fritz. He is mainly an outside cat. But, I think he has found a new inside home. His coat is super soft, which isn’t the normal case. I don’t really care as long as he’s happy and healthy. 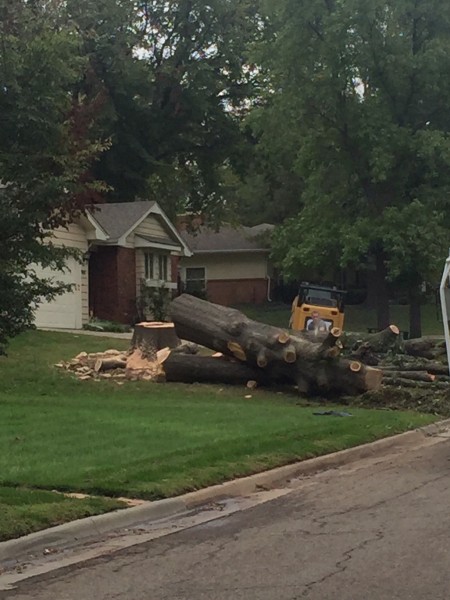 This is the 4th healthy tree in my neighboorhodd that they have cut down just because. I stopped and asked the home owner and he said that some branches had fallen and he was just tired of the “maintenance”.
What a lame reason. 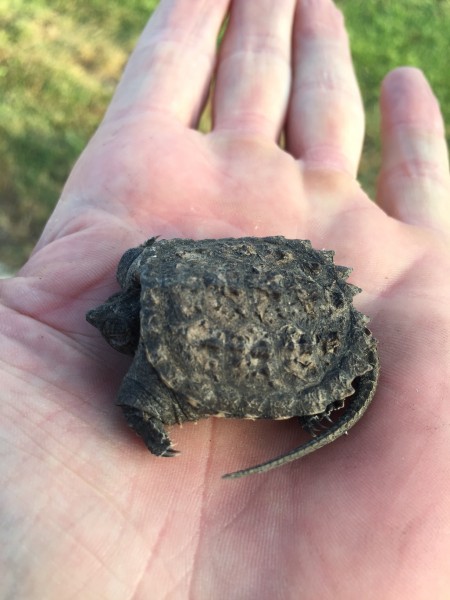 I found this little snapper yesterday on the ride. I’m not too big on Snapping turtles, but this guy was cute. I took him to a creek.