Yesterday was the hardest race, so far, of the weekend here in St. Louis.  The Giro course has been used decades.  It is a great course, up and downhill.  It is pretty hard and it was muggy and hot once again.

The race was strange.    Something was off.  There was a 7 or 8 guy break and no one seemed to be interested in chasing it.  Well, that’s not true.  Two guys were chasing, Brad Huff and Daniel Holloway.  The break had UHC, Stradalli Cycle, and Astellas in it, but the feel of the race was that it seemed like everyone was ganging up on Holloway and not so concerned about racing for first.

Brad, then Holloway kept taking full lap, or two lap pulls.  It was amazing that single riders could take huge chunks out of the 20 second gap.  We were going super fast and it was hard.  Hard sitting 20 guys back, so it must of been amazingly hard pulling.

With just a few laps to go, it seemed like it was caught, but right then, three guys from the break, same three teams, took off and it was done.  UHC went to the front and clogged it up at a couple corners and it was finished.

It was a strange last couple laps.  UHC was trying to slow the field down but also stay at the front to do a leadout the last lap.   It was chaotic, lots of bumping, fence to fence.

One, with less than 10 laps to go, the field was on the left side of the course, heading downhill at 40 mph.  I was on the far left behind a Novo Nordisk rider, I think it was Mehdi Benhamouda. Anyway, the field swung to the right and we were going right towards where they were doing the pit, which was marked by two huge orange cones.  Mehdi, if that is the correct guy, swerved to the left, to the left of the first cone, but they were throwing a rider in, so he tried veer to the right, but hit the second cone straight on and flipped.  I was a little to his right and watched as his face hit the pavement.  Luckily, for me, his bike didn’t come my way, but went back to the left.  I saw him after the race and he looked pretty ripped up.  It was a lousy place for a pit and there is no place on the course for cones between the fences.

The 2nd was with two laps to go we were doing a huge acceleration towards the top of the hill. The field swung to the left and left the right gutter open.  I jumped and was passing guys super fast.  But the field swung back over to the left, but there was still room.  Some guy, (feel free to identify yourself) was coming over to the right, I think to use the same line as I was on.  Anyway, he felt me coming up and stuck his right elbow out, but it was late.  My bars were already past him, but he left his elbow out and it hit my hip.  He must of wobbled some, but then he went into a cussing rant that didn’t stop.  Fuckin’ TIlford, blah, blah, blah.  And he kept it up all the way around the corner.  I very much doubt he did very well the next lap, wasting so much wind yelling.  My suggestion to him would be if he doesn’t want contact then don’t initiate contact. It’s as simple as that.

The last lap, it was bunched up at the finish line.  I got up to the top 15, then on the hill sprinted by a few more guys.  I had a problem with the UHC leadout guy, I think Hilton Clarke.  He “swung off” 20 meters before the 3rd corner and I got caught up behind him.  I lost a bunch of speed and had to sprint to catch back on before the final corner.

The sprint is pretty long, probably 400 meters, downhill.  It is a horrible sprint for me.  I was in my 11 and going nowhere.  I only lost a couple places, probably because Hilton (?) clogged up other guys too.  I ended up finishing 17th, which wasn’t want I had hoped for.  I had pretty good juice at the end and probably should have used some more of it positioning.

But, that race is over and today is the final race at Benton Park.  I think this is the hardest race of the weekend.  It is more like a short circuit race than a criterium.  Lots of tight corners and the field is nearly always single file.   I am looking forward to it. 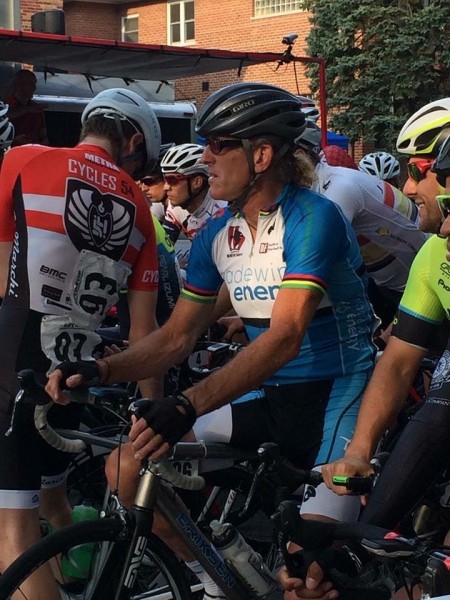 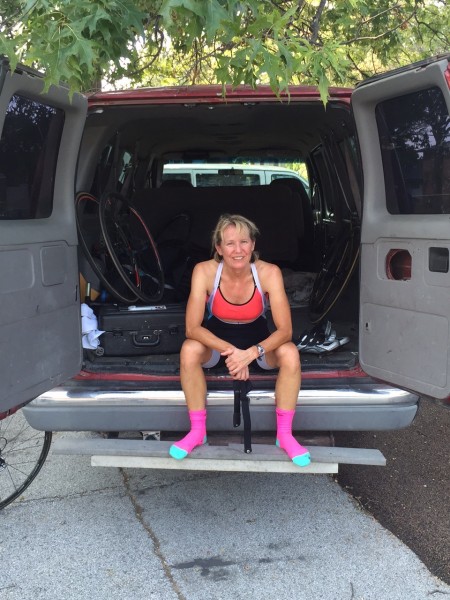 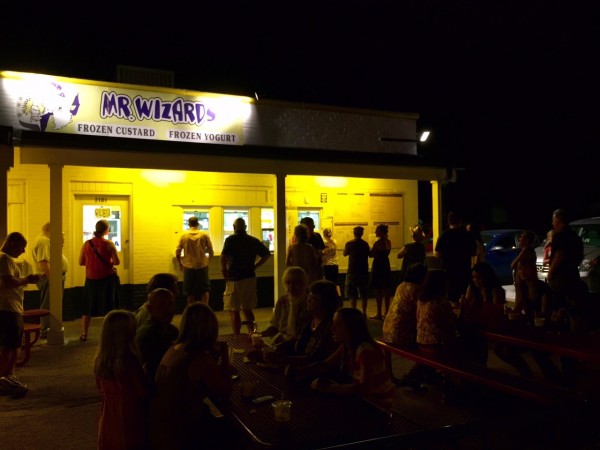 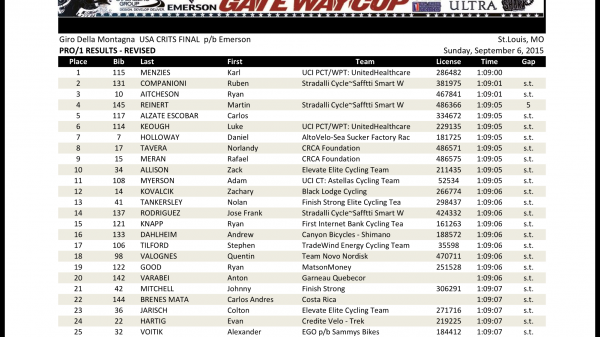