Yesterday we rode circles around Francis Park in St. Louis.   The course is very similar to the Friday night race.   It is a big, open course, with just a little bit of up and down.  Fast, but not quite as smooth.  But, it wasn’t dark.  That being said, the riders in the Pro-1 race had problems staying on their bikes.

That was probably my biggest observation.  There were a lot of guys, not a ton by numbers, but quite a few crashes that involved somewhere between 2 and 10 guys.  Maybe 6-10 different crashes that didn’t seem to be at any critical moments.

I’m not sure of the reasons for this.  A couple times, riders hit a manhole cover, on the backstretch, that was recessed into the asphalt.  Daniel Holloway fell pretty hard this way.  But the other crashes were just stupid, random mistakes.

The race wasn’t strung out enough, too blobby, so everyone was tight, thus twitchy.  It never ceases to amaze me how much contact there is nowadays in criteriums.  I’m not saying that was the cause of the crashes yesterday, but I hate it when guys take their hands off the bars to tap someones hip when it reality it is way better just to brake.  The sport has way too much contact, when it would be just so much safer if guys went out of their way to not make contact.  This is a big change that has happened over the years.

Not much happened during the race.  There are too many teams here that are banking on the race coming down to a field sprint, thus it will nearly always be a field sprint.

I nearly went over the bars when I was jumping and my chain slipped.  I’m not really sure what happened.  I jumped and next thing I know I’m on my front wheel with my rear wheel a foot off the ground.  I landed a little crossed up, with one foot unclipped.  I probably should have fallen, but got lucky and didn’t.   That was my adrenaline rush for the day.

Business as usual the last couple laps.  UHC didn’t start until 3, maybe 2 to go.  Everyone swarmed and it was chaos.  I felt pretty great all day and was looking forward to the end.  I was towards the front, but then it went south.  I got caught up on the wrong side of the field and got way shuffled back.  I made a couple big moves, but still was 30 guys back with 1/2 a lap to go.

On the 2nd to last stretch, I jumped by a few more guys and went way wide through the last corner, passing a few more.  The sprint is sort of downhill and I was pretty spun out in an 11. When I have to sit to sprint, then it is all over.  That happened about 50 meters from the finish. I had a max speed of 43, so that is pretty quick.   I thought I was really far back so eased up some and a few guys went by.  That was a mistake.   I finished 22nd and would have been in a more respectable place if I would have just keep at it to the line.  I think I’m not used to being that far back at the finish.  If you would have asked me 50 meters from the line where I was at I would have guessed in the upper 30’s.  Strange.

So, I’m happy that I felt much better, but can’t be happy with the finish.  Today is a much harder race, on the hill in the Italian section of St. Louis.  It is an hour earlier, so it is going to be way hotter.  Catherine raced at 4 yesterday and it was 95 on her Strava and mine said it was 85.  So, 10 degrees hotter an hour earlier.  Yesterday a lot of guys were doing the iced hose (nylons stockings) on their backs yesterday.  Today it will be the same.

I ended up with 80 miles yesterday.  We did a pretty nice ride around St. Louis in the morning, checking out the neighborhoods.  Like I said yesterday, the houses here are incredible.  Then Bill and I rode both to the race and back to the hotel, so another 20 miles.  I guess it will be the same today.

Okay, here are photos of some of the magnificient houses I saw yesterday.  And this is hardly any of them.  There are 1000’s of more. 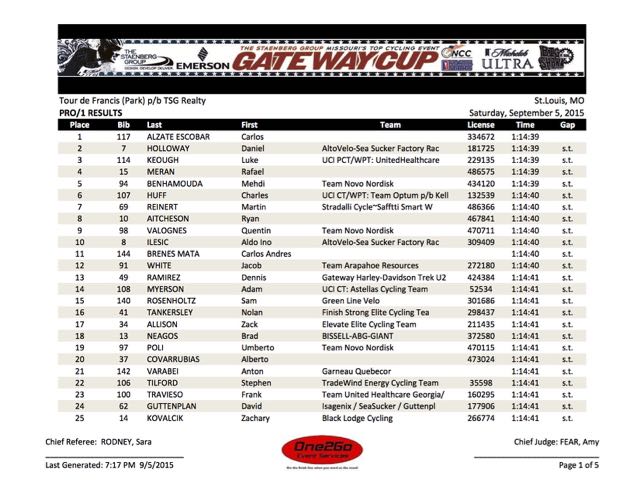 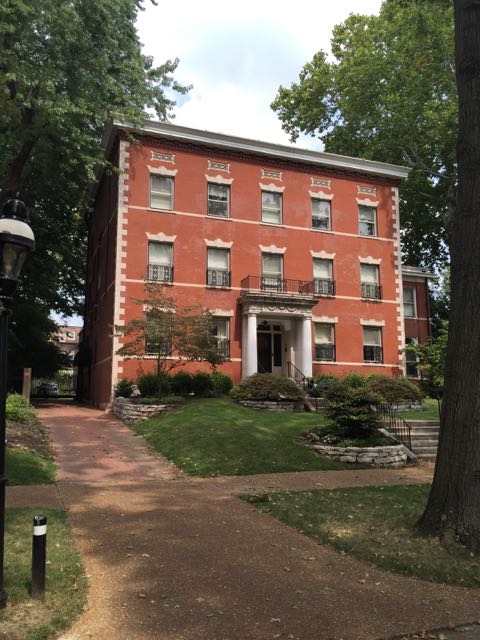 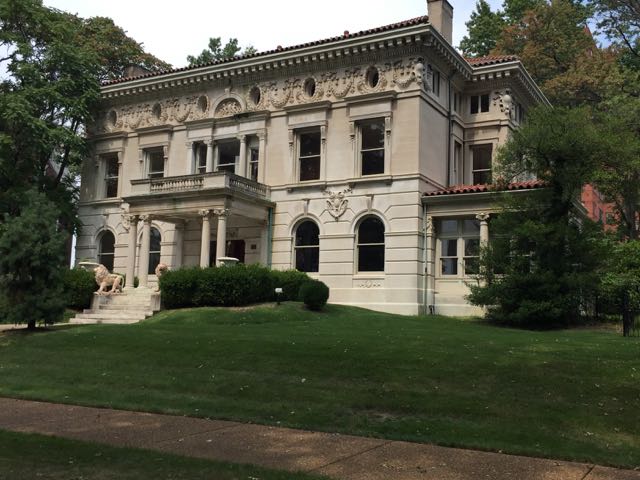 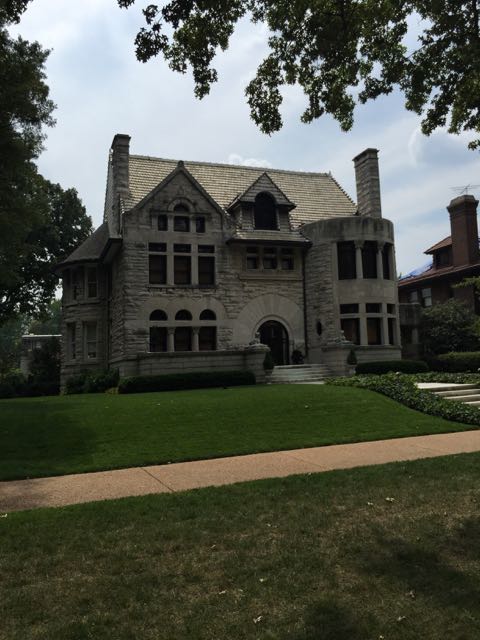 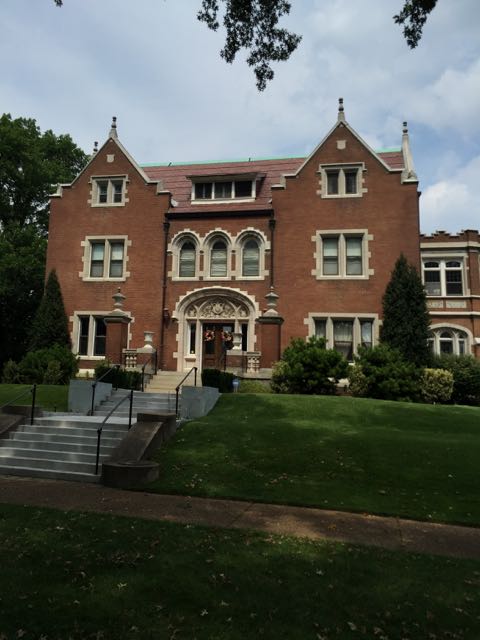