Seems like I could be wasting my time trying to acclimate to high altitude when all I’d have to do is take a pill to do it.  Two cyclists so far have tested positive for FG-4592, an oral product that stimulates your body into producing more EPO “naturally”.

There are lots of disturbing aspect to this whole thing, the ease of use, etc., but what bothers me the most is that FG-4592 is only in clinical trials and supposedly can’t be out there for the “public” to use.  I wonder how many other drugs that aren’t approved are being abused by athletes?  I’d assume a lot.

David Howman, director of WADA, said in a speech that around 10% of elite athletes are taking drugs, in his opinion.  That seems low to me, at least in regard to cycling, but if he is accurate, then I wonder where those 10% finish in relation to the non-doping athletes?  I’d assume at the top.

Howman, in his speech, said that he was worried about the use of drugs in young athletes, teenagers that are trying to take a “shortcut” to get to an elite level.  I understand his concern completely.  Kids are stupid.  If they understand that they can’t compete unless they dope, then a lot of them will eventually dope.  That isn’t brain surgery.

Anyway, this oral EPO is concerning.  You don’t have to be injecting it and worrying about an overdose, I’d once again assume.  For some reason, at least to me, taking a pill seems much safer than sticking needles into one’s self, thus more attractive to someone that is thinking about taking the step of doping in sport.

I’m not sure this will ever end.  Howman said that he thinks within 5 years that doping will be a criminal offense.  I wrote about this earlier.  I think that would be a major step forward in the fight against doping in sports.

Many athletes would not risk serving jail time to be successful. The risk/reward aspect of doping does a flip-flop and I believe it would reduce doping dramatically.  Only time will tell I guess. 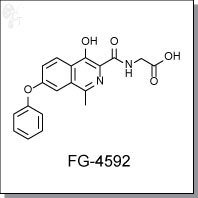