On Saturday, I rode the Tour de Steamboat along with 800 others.  It was a blast.  It was 111 miles of shear enjoyment.

The ride goes over Rabbit Ears Pass, then heads over to Gore Pass and then back to Steamboat Springs through Yampa.  The last 50 miles is generally downhill, with a little tailwind.  What a way to finish a ride.

I rode pretty much the whole way with Catherine and Bill.  And lots of others.  Kent Eriksen rode a tandem with a friend, Joanie, and we sat on them as much as we could, especially on the downhills.  Kent is an amazing athlete.  He is standing on his feet 15 hours a day, rides his bike sporadically, and can still sit beside me, on his road bike, at 28 mph, for long periods.

Catherine and Bill had just driven to Steamboat on Friday, 11 hours, and they were a little stiff. Catherine was dragging a bit for the few couple hours, until the top of Gore Pass, then she did an 180 degree turn around.

From the top of Gore Pass the last 55 miles or so, Bill and I rode pretty steady hard.  We had a15 mph average up until that point and ended up with a 19.3 mph average.  But, like I said above, it was generally downhill and sometimes tailwind.

The last couple hours we had groups of guys sitting on us.  We were cruising along pretty good, normally in the upper 20’s.  I was surprised that Bill kept coming by and doing his share so long.  I guess his collapsed lung issue is officially over.

Rolling back into Steamboat Springs it started looking rainy, like stormy rainy.  We kept going hard, even though it started rolling up some.  We were going way harder and Catherine wasn’t having any issues at all.  It was mildly depressing losing our governor.  Sometimes nursing someone along actually makes you ride better.  Some psychological deal I suppose.  But we weren’t nursing Catherine, so both Bill and I started feeling our legs.

It started raining about 3 miles out.  Lightening, thunder, the whole deal.  It sort of turned into an ever-man-for-himself situation, with our group splintering up just through town.  We hightailed it back to my van to get out of the cold rain.

But, like normal in Colorado in the summer, the rain only lasted 30 minutes or so.  The storm really played havoc on the venue, the after race BBQ and expo area.  Pop-up tents flying etc.  But, Katie, Kent’s wife, who was running the event, was on the ball and everything worked out great.

Afterward, there was an BBQ and the raffle for the Kent Eriksen bicycle.  Us Kansans just threw some blankets on the ground, in the shade, and napped.

The event was super fun.  It’s on my annual ride schedule now.  We stayed around Steamboat and rode with Kent and Katie on Sunday, then started driving towards Denver, but the traffic sucked, so we stopped in Silverthorne and drove back down to Arvada yesterday morning.

Catherine had a flight to Seattle to catch mid afternoon, but we got out for a short ride, 1/2 way up Lookout Mtn. before she had to go.

Bill, Vincent and I rode again, this time all the way up Lookout.  I ended up riding the last 1/2 pretty hard, just trying to see if my heart rate and power were different at 6000 feet than 9000. I’ve been wearing a heart rate strap for the last few days and am surprised how low it is at altitude. My max heart rate on Saturday was 156, but I wasn’t drilling it or anything.  Yesterday it got up to 172 and that felt pretty hard.   When I stopped for a flat Kent had, my heart rate dropped to 47.  That is pretty low considering we’re out in the middle of a ride.

Today we’re heading out early to ride mountain bikes.  It is supposed to rain on and off all day. I’m feeling a little tweaked, but that is fine.  I’m trying to ride a little harder for a while and riding MTB bikes in the mountains is always hard, no matter how you do it.  It is virtually impossible to ride easy off-road, especially when there is a bunch of climbing. 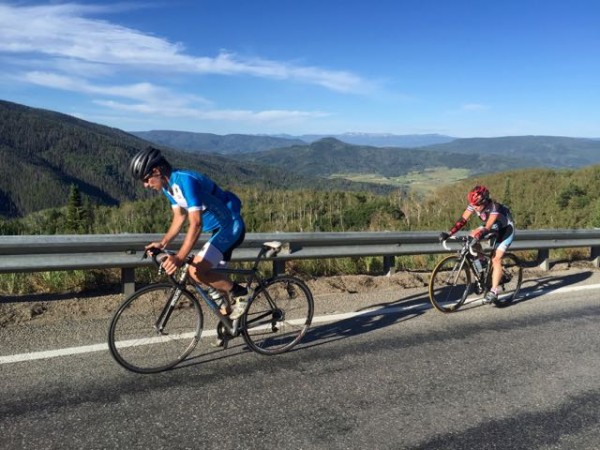 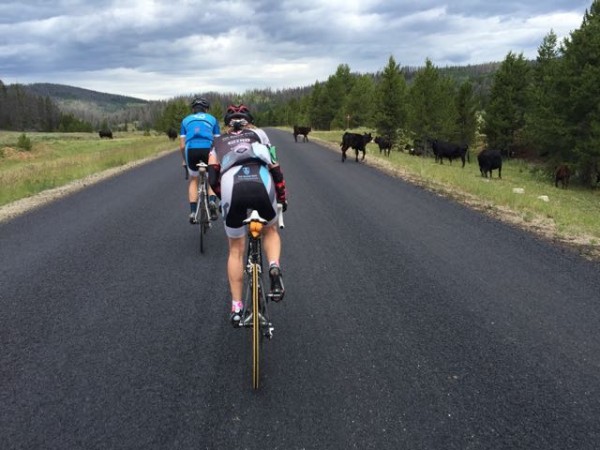 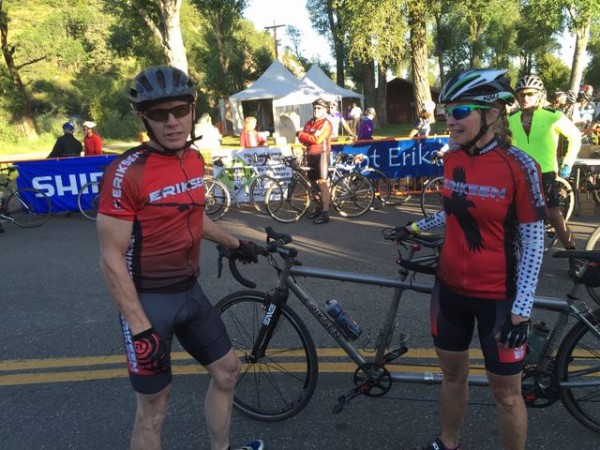 Kent and Joanie before the ride. 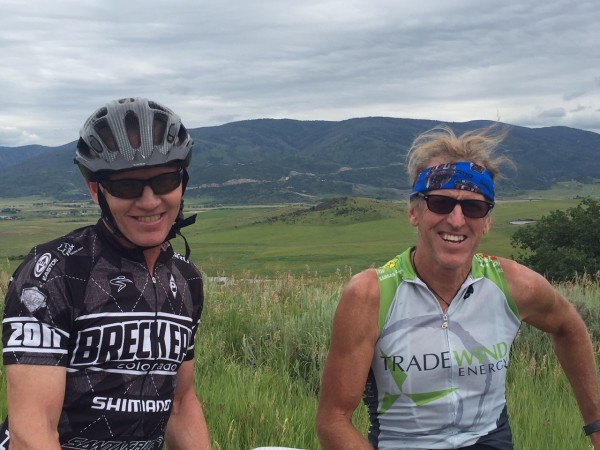 Kent and I out riding on Sunday. 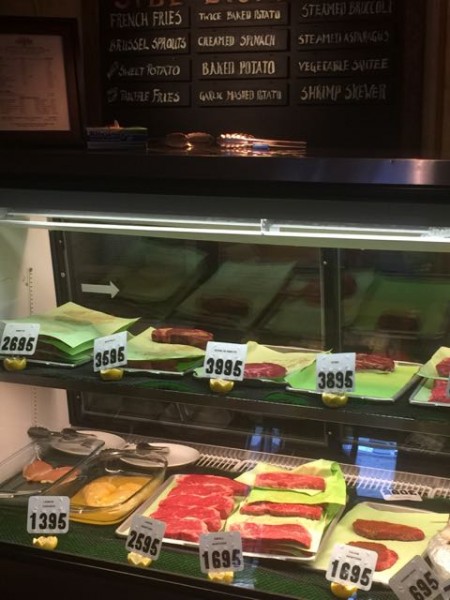 We ate steak on Saturday, after the ride. We split two between the 4 of us. Bill cooked them. It was one of those cook your own meat places. 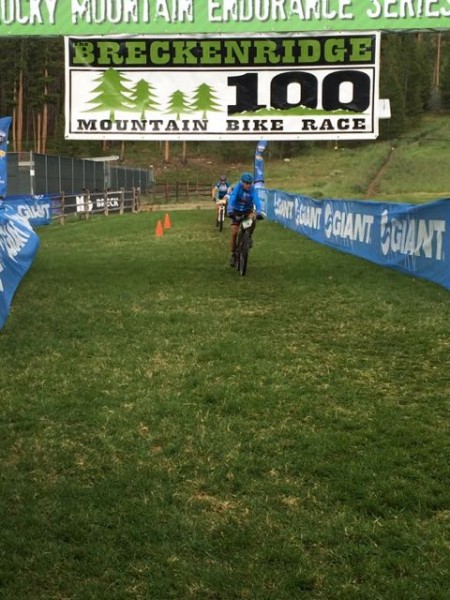 Vincent finishing the Breck 68 mile race. That is Brian in the background. They both missed a turn, plus Vincent flatted a bunch. They ended up 6 and 7th overall, which is pretty good considering.