Okay, I’ve heard, and read, so much stuff about the amount of salt, and such, that endurance athletes need to function properly.  It’s pretty much accepted that we need to eat as much salt as we can stomach, especially in extraordinary heat.

I’ve never been much into eating salt.  I thought it wasn’t very good for you and I never developed a taste for it.  Plus I never had much of a taste for salty foods.  I don’t eat many chips, fries or other processed foods that are really salty.

I’ve tried to use more salt the last couple years since I’ve been having cramping issue, virtually my whole life, and I have more interest in controlling it now.

Yesterday I took a  S!Cap, one, before I rode.  It was close to 100 degrees out and super muggy. I was riding pretty easy again.  S!Caps have sodium, potassium, chloride, bicarbonate, phosphate.

About 20 minutes after I started riding, I could taste salt on my lips.  Like a lot of it.  I rode an hour and a half and then came back to my house to meet up with a bunch more guys.  I drank two large bottles on the first ride, then refilled my bottles and took one more S!Cap.

One the 2nd ride, it was really weird.  It was nearly 100 degrees still, but we were riding into real dark clouds.  It was nearly the first time in my life I was actually riding into a storm.  There were 7 of us and pretty much everyone was in agreement that we wanted to get wet.  And we did.  It soon started raining.

Then it really rained.  It was so strange riding in a downpour, not getting any cooling effect. That changed after about 5 miles.  The wind switched up and the rain got a lot cooler.  It was nearly cold, the rain, but the water spraying off the road was super warm, nearly hot.

We rode like this for about 30 minutes.  Pretty soon it stopped and then it started hearing up again.  Talk about muggy.

This is when I noticed, again, the taste of my sweat.  My lips definitely tasted of salt.  Then, even though I was wearing a bandana, the sweat in my eyes was burning them like crazy.  I had to spray my eyes out with my bottle.

Here’s another example.  I’m not usually one of those guys that get crusty shorts, salt shorts, during long hot races.  But lots of guys do.  It seems more common in early season.

Back when the Tour of Texas was going on, we had been racing already for a few days by the time we got to San Antonio.  Normally, a lot of the riders would go down to the Riverwalk in San Antonio and eat Mexican food.  Of course, many riders would have a margarita.  Plus eat a ton of salty chips, waiting for their meals.

The day after this, the salt shorts were crazy.  Nearly everyone would have those white streaks on their black shorts.

This wasn’t the case the previous days, so I have to assume that everyone had ingested way more salt than normal and was sweating it out.  If this is the case, then why do we need to take salt supplements if we sweat it out as soon as we exercise.

So here are two examples of ingesting more salt to instantly just sweat it out.  If you sweat it right out, then why take it to start with?  Or maybe sweat is always supposed to taste salty and I’ve just never had the proper amount for an endurance athlete?  I have a hard time believing that.

Okay, I’ve tried to read up on this and haven’t really found any answers.  Any information that any of you have on this would be appreciated.   I’m not much into the salt taste and stinging in my eyes. 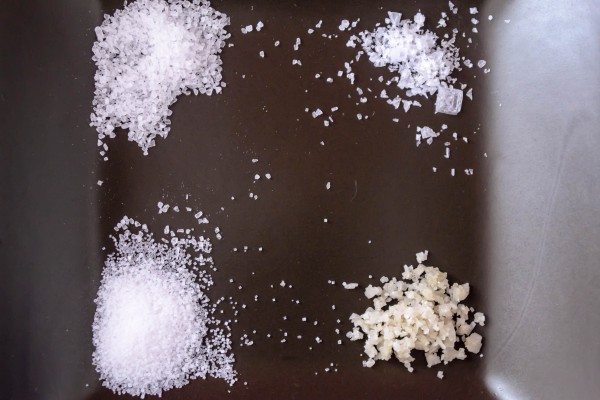 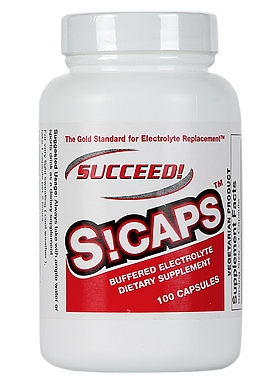