A friend of mine’s mom died a couple days ago and I’ve been thinking about it since.  Death is a tricky subject to get you head around.  People, our society in general really tries to avoid even thinking about death until it stares us in the face.

My friend’s mom was out gardening one day, started feeling bad, went to bed and never woke up.  She went into  a coma and died less than 2 days later.  She was 92.  For me, in our society, it was a very good death.  But not storybook.

The storybook death for her would have been that she was out gardening, layed down for a nap and then never woke up, which was very close to what happened.  But in our society, she couldn’t just lay down and die with dignity with her family.

In our society, she get rushed by an ambulance to a hospital, then goes through testing, a MRI, multiple blood screening, etc. until they find out what was the matter with her.  What ended up being the matter with her was that she was 92 and her body was done.

I remember reading somewhere that something like 30% of all medicare dollars are spent in the last two weeks on a patients life.  That number seems incredibly high.  And when you think about it, it really seems like a waste.  But how do you change it?  I don’t have that answer.

Most people feel that they want to live longer, much longer.  And they will do anything in their power to try to stay alive.  They expect to be taken care of the same at 92 as they are when they are 22.  And since this is the majority feeling, our healthcare system nearly does just that.

I’m not sure why more people, here in the US, don’t just die naturally.  By naturally, I mean at home with their family.  Very, very few people actually die at home.  I don’t know exactly the percentage of people, but it can’t be very big.  The answer is probably very complicated.

I wonder what percentage of people, again, here in the US, die with a IV in their arm?  It has to be huge.  We always seem to rush our sick people to the hospital, even when they are terminally ill, to do that last ditch effort to extend life.  Even if it is just for a day or two.

This is probably the most I’ve consciously thought about death, minus the times when pets die.  I think of it a lot when I lose a pet.  I’ve made up a little religious scenario where all my pets live on, together, and have a perfect life together,  forever.  I doubt this really happens, but it is my way to deal with the big void left when a good friend dies.

I think I’m going to aspire to die without an IV tube in me.  I’m going to try to not die in a hospital.  I would like to die somewhere beautiful doing something that I love to do.  I guess this sort of implies I’d like to die through an accident.  I haven’t thought it through that good, but I’m not against dying accidentally.   It is more appealing to me than laying around and wasting away from disease.

But, alas, we don’t get that choice.  Death has its own agenda, we are at its will.  We should try to figure out a way to deal with it more dignified. 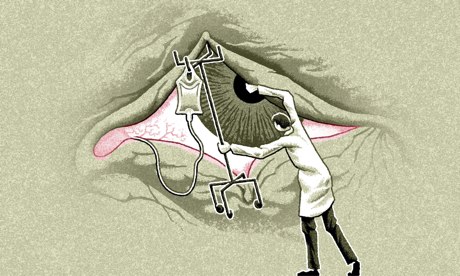 22 thoughts on “Dying with Dignity”