Let’s face it, our sport has really be taken over by professional promoters.  Not all promoters and all races have this issue, but many races that I consider doing has this issue.  And by this issue I mean that they are charging pretty unbelievable entry fees for really shitty prize lists.   And by shitty I mean sometimes nothing.

I know, I’m going to hear all the complaints that it takes a ton of money to put on a bike race. But I’ve promoted a few races and was alright charging $15 to race.

When I started racing, entry fees were really nothing.  Nearly always under $5.  And you’d win pretty great prizes and trophies.  Then it slowly turned to cash.  And this was great.

Cash prize lists allowed many guys like me, who were trying to make cycling a lifestyle, to go from race to race and live.  There were lots of guys that were living off the prize money they were winning each weekend.  It was a minimal existence, but it was enough to get by.  Enough to pay for gas, motels, food and entries.  There is no way that is the case nowadays.

There is no journeyman bike racer anymore.  There is no way that you can come close to living off prize money now.  Everything is way more expensive, but the entry fees have really gotten out of control.

What kind of irks me even more is that many of these “professional promoters” are ex-racers that wouldn’t have considered going to the races that they are currently promoting now.  These are guys that made their livings by hitting big money races and wouldn’t even thought of racing for “peanuts”.

Let’s use Dennis’ Seeley Hill Ski Race as an example.  He charges $40 for entry and has a $3000 prize list, which is nearly unheard of in cross country skiing.  Plus when you enter you get a $25 Swix Ski hat,  a bowl of hot soup and unlimited cookies.

I know it isn’t fair comparing a ski race to a bike race.  The average ski racer doesn’t do anywhere near as many races as a bike racer.  Bike racers compete in way, way more events than nearly any other sport.

Let’s use another example.  How about the US National Mountainbike Championships in Mammouth in a couple weeks.  Here’s a link to the entry.   If I wanted to enter the x-country, the short track and the enduro there, it would cost me a total of $340 now.  And that is for $0 prize list.

When I went to the first Nationals I did, which happen to be in Milwaukee, when I got there, I was paid, yes they handed me a check for travel money to come to the event.  I was the Kansas State Champion and the USCF (USAC) wanted to help me come to the race.  Here is the organization that we fund to promote our National Championships and they are making a pretty big pay day promoting an event that is part of the reason they are in existence.

I know some races have a reduced entry for juniors.  I think that all junior’s entries should be almost nothing.  Maybe $5 to cover the insurance.  The race is already happening.  We don’t need to be making money off a bunch of teenagers.  We need to be encouraging them to race as often as possible.

I’m not sure how to fix this problem.  It used to be a rule that each cycling team had to promote one event a year to stay in good standings.  That isn’t the case anymore.  Maybe if they went back to this rule, then there would be more races with less expense for the riders.  Because if we don’t get this under control, we are going to price ourselves out of existence. 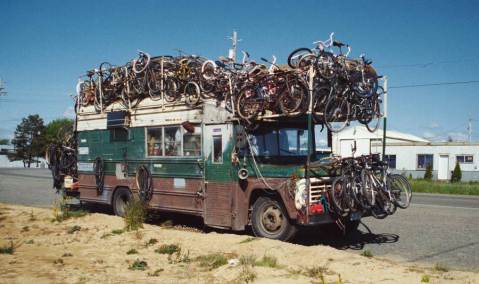 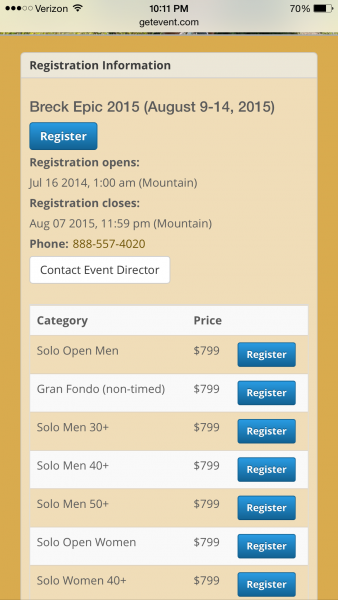 96 thoughts on “Professional Promoters Have Killed the Journeyman Bike Racer”