Yesterday I did the Burlington Road Race, which is a 104 mile, yes that is 104 mile, road race that starts at 3:15 in Burlington Iowa and goes up to Grandview, does a short criterium-like circuit and heads back south.  I’ve raced this race a lot of times, but it used to be in the 80 mile range, then 90’s, now triple digits.

I was a little apprehensive before the start of the race.  This is the one year anniversary of breaking my hip and I really haven’t raced on the road since then.  I did a short training criterium a couple weeks ago in Texas, but other than that, this is the first real road race back.  I can’t believe that is the case.  If you would have told me a year ago that I wouldn’t be racing on the road for another year, I would have told you that you are crazy.  Shows you how much control I have of my life.

Anyway, it really is a good race for me to get in some miles.  The course is really flat, not dead flat, but nearly so.  It goes up 52 miles north and then heads back south 52 miles.  There were somewhere close to 80 guys at the start.  At least my number was 80 and I just registered when I got there.

The race started out pretty quickly.  Not hard quick, but just plain fast.  We had a mild tailwind from the south, so we were cruising over 30, sometimes up to the upper 30’s, most of the way to the turn around.  But, about 10 miles for the turn around, a couple guys got free.

Then a couple more and a couple more.  I really wasn’t keeping track, but I knew there were at least 7, maybe 10 off the front.  When we did the turn around, I timed the 2 leaders and they were at about 3:30 minutes.

That didn’t really concern me.  I was there for the race miles, not to participate much in the race.  But that didn’t work out.

After about 15 miles on the way back, maybe 70 ish miles in, there was a slight hill and it started splitting up some.  I realized that the field was much weaker than I’d thought.  I knew this because I know how I’m riding and I had no problem making the front split on the small hill.

But, we got caught pretty quickly and then it was none stop attacks.  I decided to follow every move.  I’ve ridden this race a lot of times and I know how it goes.  Eventually a group gets away on the way back and then the field just sits up and rides in.  I didn’t want to just ride in, my butt would get too sore from pedaling too easy.

So, I made split after split.  I really wasn’t paying any attention who was bringing the moves back.  I just kept going with the next move.  Finally, after maybe 5 attempts, two guys rolled and then I jumped with two riders, one which was Chad Hartley.

We rode up to the front two, so that made 5.  We sort of got into a rotation and next thing I know, Chris Winn, from Colorado, a good rider, is all of a sudden in our rotation.  He made a big effort bridging up to us.

We got rotating, but by the time we got together, we were probably 5 minutes behind the leaders.  The front couple groups had gotten together and there was virtually no chance of catching them.

We all rode pretty much even, a couple of us pulling a little more than the others, but okay smooth.  The problem was, or one of the problems was the race was advertised as 95 miles and some guys thought that was how far we were racing.  I looked at my Garmin at the turn around and knew it was going to be 104.  I told a Texas Roadhouse kid that and he said it was 95.  I told him it was 104, but I’m not sure he really believed me.

So, we started messing around maybe 8 miles out.  Chad had started sitting on, something about an asthma attack.  I was happy just being off the front and was trying to pull whenever there was a gap opening up.  Eventually, a group was coming from behind and we were all pretty much enemies, or at least were riding like it.

Luckily for us, it was nearly to the end of the race.  We saw 3 more riders ahead maybe 2 miles from the finish.  Chad came thru and did a huge pull at over 30 mph.  We all started rotating again, I guess because to catch the 3 guys ahead, but it also kept the 6 guys behind, behind.

Close to the end, there a short hill about a mile from the finish, then it levels out for maybe 800 meters and then a 500 meter downhill to the finish.  I jumped before the hill, then someone else attacked going up and we caught the 3 guys ahead.  Right when it flattens out, the group from behind was catching us.  I was planning on just starting on Chad and trying to stay there. He is much faster than me, especially in a downhill sprint.  And I really didn’t care all that much about the place, other than I didn’t want to be last.

But, luckily for me, a guy from the group behind put in a huge jump and got a run at us from behind, with maybe 300 meters to go on the flat.  I jumped and no one followed.  I took me nearly to the top of the hill, but I caught him and just sat nearly to the finish.  It wasn’t hard coming around.  I finished 8th, which was fine.  I had no expectations. I got a little lucky.

Last year I had way better form and finished way back. Toms Skujns, the Hincapie kid that was leading the Tour of California last week, won this race last year.

I am a little surprised how well I felt the last 20 miles or so.  A lot better than the first 85.  I think it was because the temperature cooled off a little.  At the start it was in the lower 80’s, but then some clouds moved in and at the finish it was in the mid 60’s.  I guess I can produce more power in the 60’s now than the 80’s.  Whatever the reason, I am happy about the day.

Today is Snake Alley Criterium.  18 or 20 laps up a brick hill.  I’ve won the race a couple times, but there is virtually zero percent chance of that today.  Daniel Holloway is going to win the race today, unless the sun explodes, or maybe his bike.  Hopefully neither of those things happen. He won last year, with  Toms Skujns finishing 2nd.   Toms isn’t here this year.  I’ll be happy finishing and feeling okay.

I’m not really sure how to warm up properly for the race.  I didn’t sleep much last night.  It is so easy to be all jazzed up when a race finishes later in the evening.   I didn’t feel good yesterday for 80 miles.  I don’t think that will be my warm up, but you never know.  I’ll let you know how it goes. 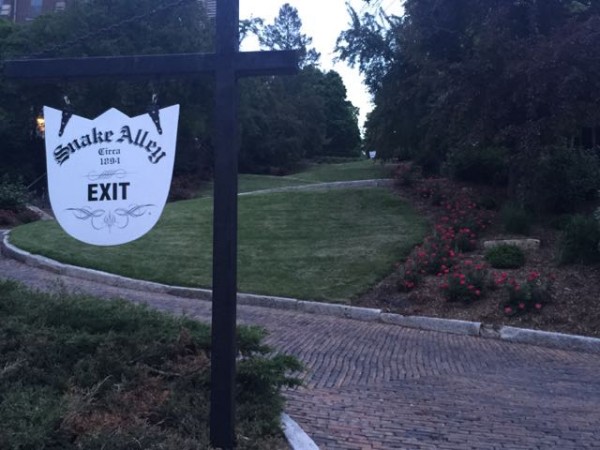 The base of Snake Alley. 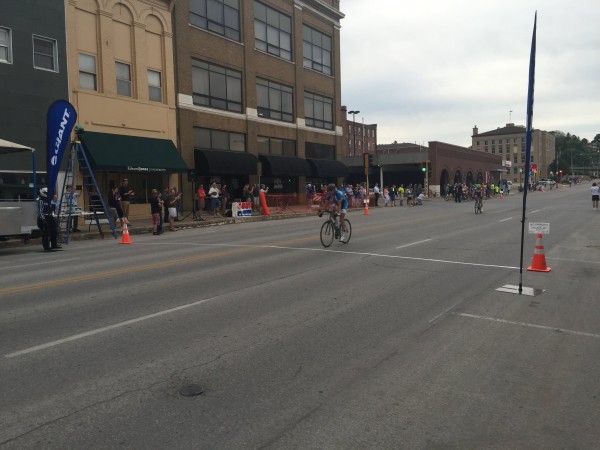 There weren’t too many people at the finish. The road is super wide. I probably didn’t need to jump the guy I was with so hard. I think he probably was coasting. 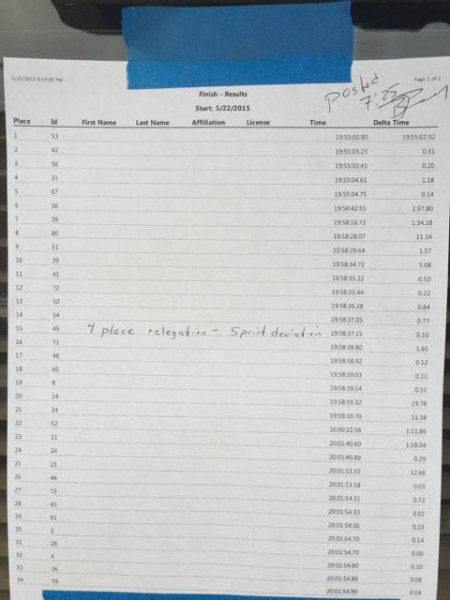 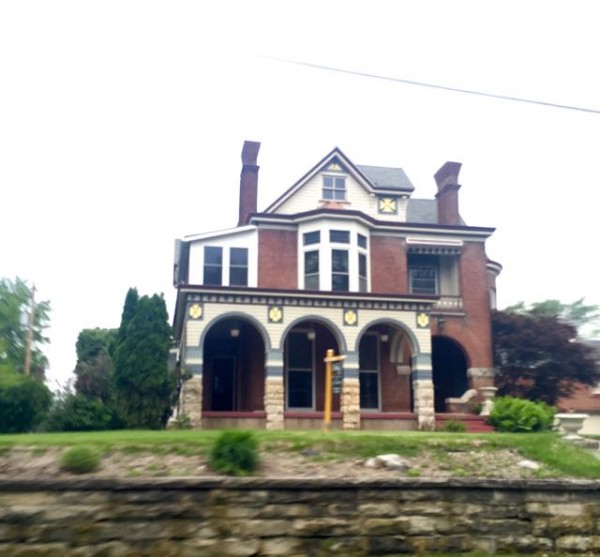 There are tons of huge mansions that overlook the Mississippi River for sale here. They are super cheap compared to the rest of the country.

One thought on “Burlington Road Race”