Riding around Viroqua Wisconsin yesterday was a total surprise.  A nice surprise.  I was surprised since I’d really never heard of the area and since I’ve been around so long, especially here in the midwest, you’d think that I would of at least heard of riding around here.

The riding here reminds me of riding around Europe, or maybe more like riding around Eastern Pennsylvania or New York.  Tons and tons of roads.  Way more than you could possibly use.  Plus a ton of climbing.  It is a constant maze of little mounds of trees, with nice streams threading through them.

The gang from Steamboat was going to ride about 4 hours.  Kent offered to put Trudi on the back of his tandem, which was super nice.  And perfect.  They were going pretty good.  Climbing on a tandem leaves much to be desired, but other than that, it worked out well.

I’m not sure where we went.  I’d have to look at my Strava.  We ended up in Viroqua at Blue Dog Cycles, after about 40 miles.   It is a super cool bike shop with a coffee shop included.   A coffee shop with cinnamon rolls, which is better.  Pete Taylor, the owner was really interesting and one of those guys that sport couldn’t survive without.  He is an avid trail creator and is now getting in to NICA, high school racing.  We had a great conversation.

Last night we ate at Driftless Cafe.  It is a farm to market restaurant that was pretty incredible. It’s a must if you make this a destination, which should be for anyone that is the least bit interested in bike riding in beautiful places.

I’m not exactly sure what we’re doing today.  Kent and these guys are changing sleeping arrangements.  They tried to keep the place they were staying, but it was already booked up for a wedding.  I’m going to head down to Davenport, to stay with Jeff Bradley, in the Quad Cities. I’m going to play this next weekend by ear.  I can’t say I’m super confident in my abilities right now. 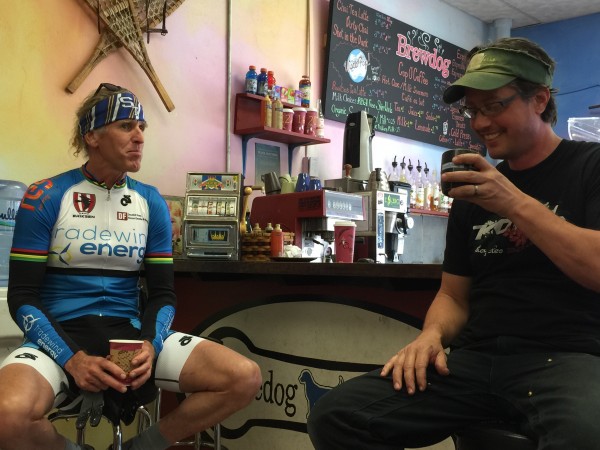 Pete Taylor and me having a coffee in his shop. 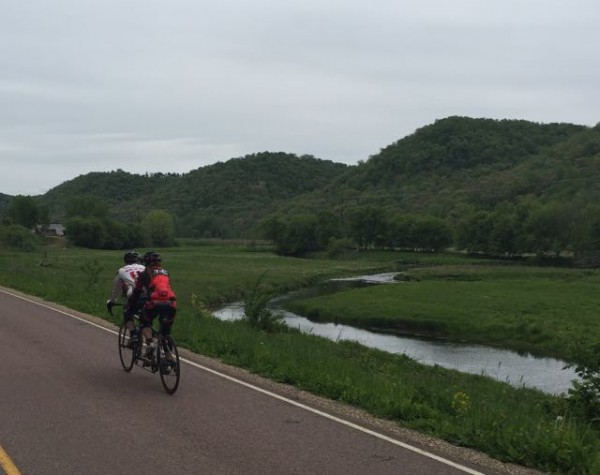 Kent and Trudi on the tandem riding through a valley. 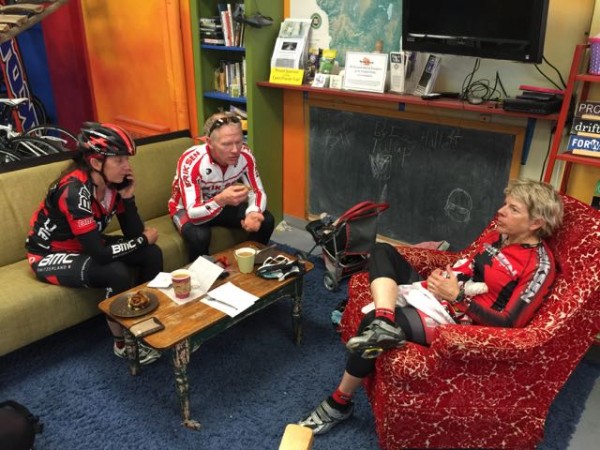 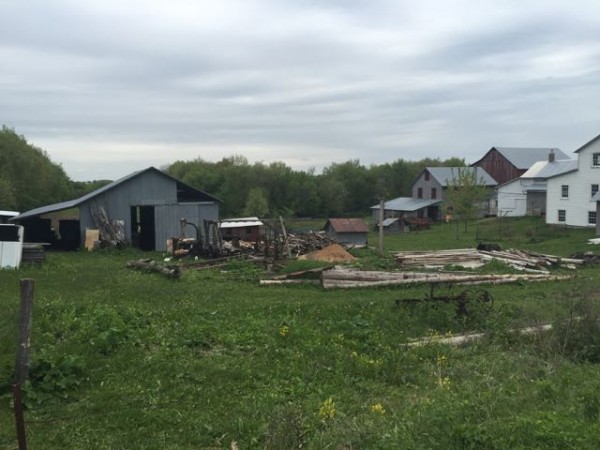 There are a lot of Amish people around here. It is perplexing to me how they can sometimes use a diesel engine, but can’t use electricity and such. 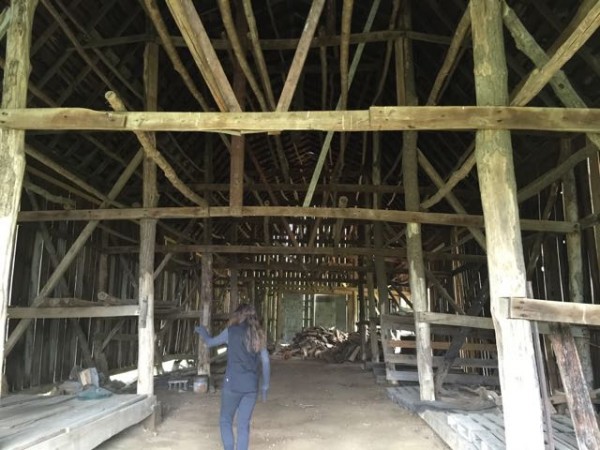 There is an old tobacco barn where we’re staying. I can’t believe it stayed up all these years. It seems so pieced together. 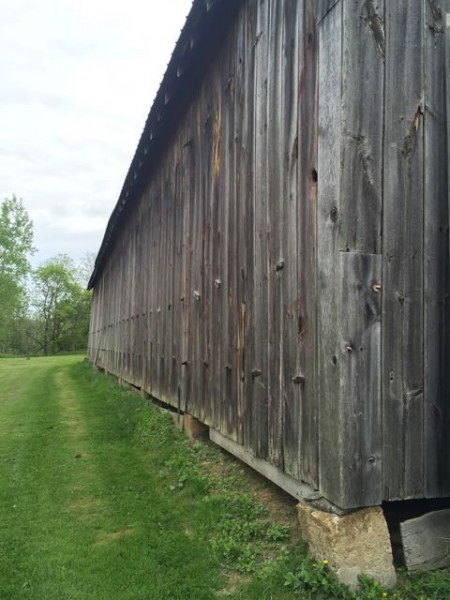 The side of the barn have hinges and it opens up to ventilate the tobacco I guess. 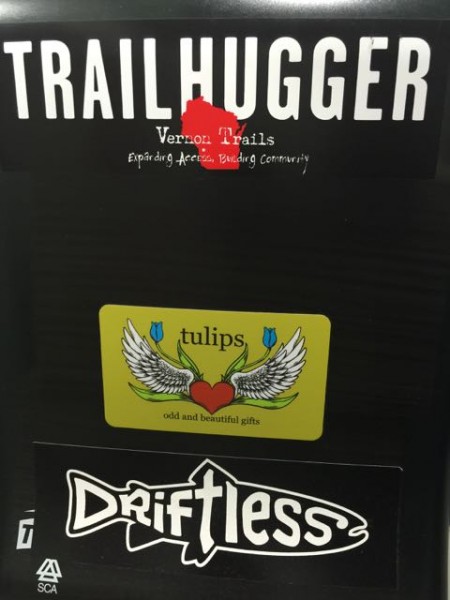