I don’t really get cramping.  I’ve always cramped.  My friend Ed Bauman, who was partially responsible for getting me into cycling, used to call cramps Charlie horses.  Ed would cramp famously.

We were doing a road race down in Arkansas City and Ed was riding the long race.  He was probably a Cat 3 at the time.  I finished the young juniors race and Kris had done the “real” juniors race and we took the VW pickup out to try to feed Ed.  We found Ed and he was pretty done.

He said that he was cramping and it was super painful.  Next thing I know, both Ed’s legs are seized up and he coasts to a stop and falls over.  I jump out of the VW to run to Ed.  He is laying on the ground screaming.  But he isn’t screaming because of cramping, he’s screaming because it is 100 + degrees out and the pavement is scalding.  I didn’t have any shoes on and just when I get about to Ed, my feet are burning, so I have to run off the road and just watch.  Kris gets out, with shoes and gets Ed up off the pavement.  It was ugly.

Anyway, cramping is a very had thing to figure out.  Exercise physiologists have their ideas about why athletes cramp, but most are wrong.  Each athlete has their own observations too, which most are just out there.

Yesterday, I knew I was going to cramp.  It was going to be over 6 hours and one of the first hot rides I’ve done.  Plus, it was all on gravel, which meant a bunch of harder pedaling.

I didn’t cramp bad.  Actually, I really didn’t cramp at all while riding.  I felt like I was going to, but kind of kept them at bay.  I actually carried a baggy of electrolyte tables, which I ate religiously. That didn’t really help.  And I drank a ton, at least for me.  In 112 miles, I drank at least 8 big bottles, plus 2 28 ounce Gatorades and a cup of coffee.  That is about as much as I could have consumed, considering where we were riding and the availability of liquids.

Not cramping while riding is one thing, but after is another.  All evening, into the night, I was twitching.  I’m getting cramps in weird places, not normal places, this year.  Historically, I’ve had sartorius muscle, both legs.  Then sometime in my left hamstring.  This year I’ve been getting foot cramps, plus cramps in my calves and sometimes even in my hands.  Weird.  These cramps aren’t  nearly as debilitating as a hamstring cramp, but they are still ugly.

When I’m not riding good, I tend to cramp a lot more.  Yesterday, that was the case.  I’ve been in a funk the past couple weeks and cramping comes with funk.  Heat, funk and distance usually is the recipe for cramping for me.

We ended up with 112 miles yesterday.  I think Brian had over 130.  My brother went out on an early ride and then rode again after.  I’m not sure what he ended up with but he said he was trying to break his record day of 171.  I’m sure he did it.  I’d bet he ended up with close to 200.  I don’t really have a desire to ride that far.  Especially in training.  My butt would be too sore.

My legs still have those phantom cramps this morning.  They feel like they want to cramp, but aren’t.  Sometimes that lasts for days.  I hope not this time.

Changing the subject, how about calling Peter Sagan win in the overall in the Tour of California. I predicted it on Saturday, after he won the time trial.  He won by a tire width, getting the 3rd place bonus at the finish yesterday.  That was closer than I thought it was going to be.   I thought he would have had it wrapped up by the time bonus, but Cavendish and company did a very good job at protecting the led.  Just not enough.

The Giro is on its first rest day.  That race has been good to watch in the morning.  Aru is pretty aggressive, plus Astana is stupid strong.  Sometimes they have 6 guys left when Contador is pretty much on his own.  That might ultimately make the difference in this race, I don’t know. Crazy it is just the end of the first week. 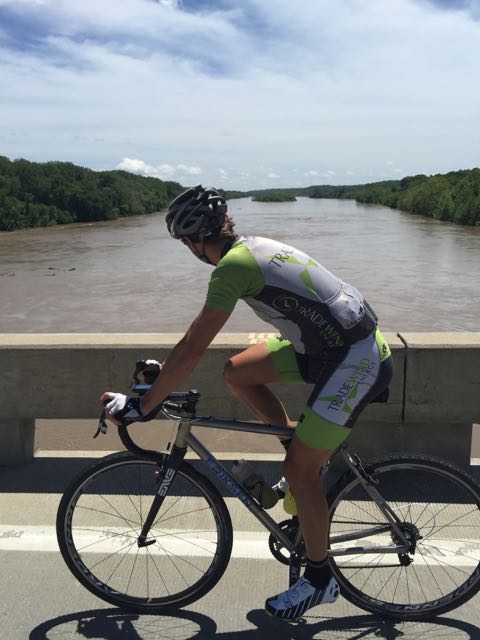 It rained so much on Saturday night. The river is so full. Usually there are sandbars here. 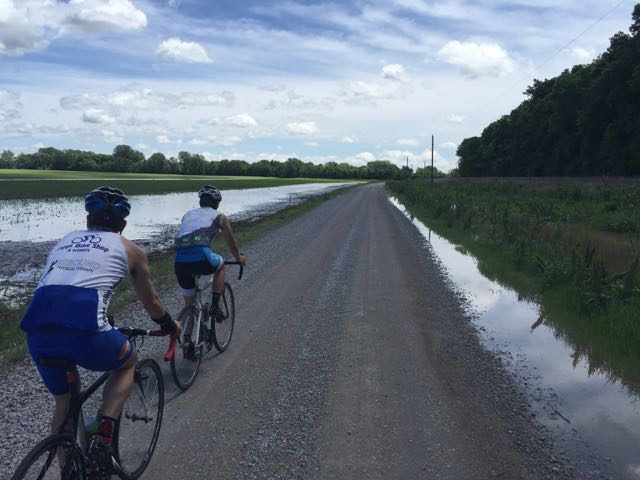 The roads were sometimes nearly underwater yesterday. We had to deviate around some low water bridges. 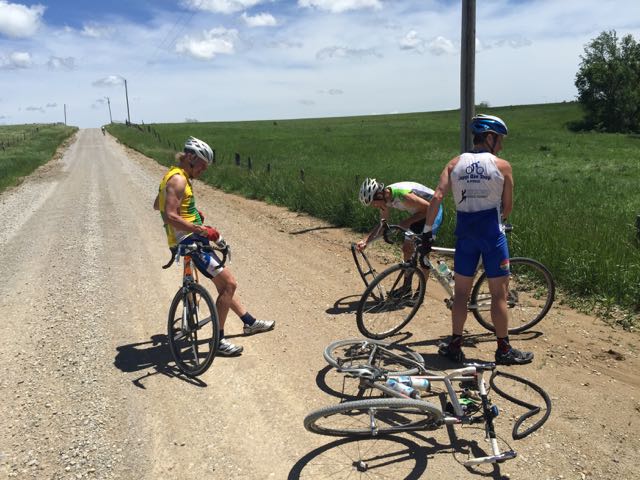 We flatted a ton yesterday. Eric flatted 3 times, me too. I hate stopping for flats on a hot day. 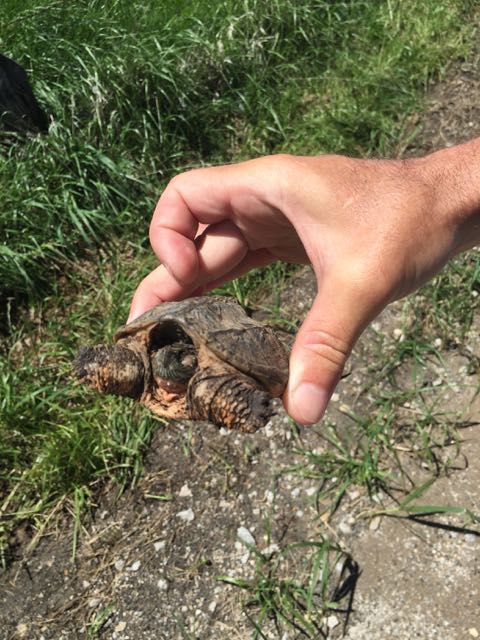 We moved a couple turtles yesterday. This was the first snapping turtle I’ve encountered that wasn’t as mean as hell. The one earlier, bit through a 2 inch stick I was using to push it off the road. 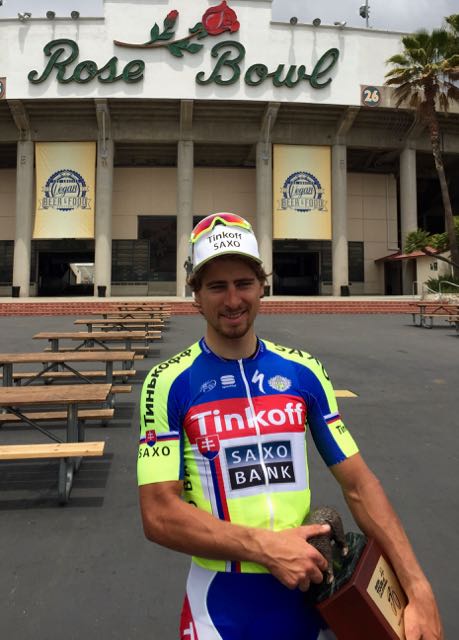 Trudi took this photo after the Tour of California yesterday.