I’ve been having a little email chat/banter, back and forth, with an old friend of mine.  It is about a certain rider that I think shows all the signs of a rider that is doping.  This rider has never tested positive and, as far as I know, never had anything mentioned publicly about implications of doping.

I’ve been having these discussions, with this certain person, over the past two decades.  He’s been involved in the sport for as long as me and has historically been either evasive or just downright opposite, of my views of the prevalence of doping in the sport, both here and in Europe.  It’s as opposite as his defense of Lance back around 2000, when I wasn’t.

We got into it again recently and he said the rider was a shoe-in, looking at the start list.  This race wasn’t the Tour de France, which might be somewhat predictable before the start, but it was a one day race.  When you can pick the rider that is going to win any given race, on a professional level, before the start, then there is something screwy going on.  One of the coolest things about the sport is that it is very unpredictable.  It is a little more predictable for one day races in Europe, with whole teams controlling the race for a single rider, but still only one guy wins and the rest of the teams look a little silly after the fact.

Anyway, my friend has a selective memory and got a little feisty and said,

Steve, don’t think for a second that I didn’t believe extensive doping was going on in the 90’s and 2000’s. I knew it like everyone else knew it. No one spoke out in public back then including you.

I had to remind him of an interview I did back in 1998 with MTB Action about the prevalence of doping in MTB racing and the road.  I think that was pretty vocal.  That was 17 years ago.  That is very depressing.

Anyway, he was implying that we were all guilty because of the silence.  He said that he needed “Strong, credible evidence” of doping by this rider.

I asked him what that would be?  The same evidence I had knowing that Ivan Stevic, Tom Danielson, Kayle Leo Grande, Ryder Hesjedal, Lance, or dozens of other guys that were riding juiced.  I told him that I had the same evidence, personal observation.  I guess that isn’t enough for him.

But, it isn’t good enough for anyone.  I’ve been asked a ton of times, if I am so sure that a certain rider is doping, why not just go public?  Also, that USAC has a program for reporting a suspect rider.

Sad to see @FABARO1 “sick”. Mate make sure next time u come back to our sport “healthy”. Aka. Clean! #biopassport! Or don’t come back!

I am so sick of it. It becomes common knowledge within days. Why try cheat

Now Aru is threatening, or actually, suing Henderson over the tweet.  Even though Henderson tried to apologize, via twitter.   It must of been such common knowledge, in the pro peloton, that Aru was having some issues, but without evidence, Henderson is most likely screwed.

And, for the USAC program, I have no confidence in the tests.  Obviously they don’t work close to anywhere close to as well as we all hope they might.

That said, I don’t think that there is ever any strong, credible evidence.  Not until a rider actually confesses do fans believe that their hero doped.

I insinuated that Ryder Hesjeal used drugs, in a post about Tom Danielson.   Jonathan Vaughters, Garmin’s Team Owner, came back at me asking how I could imply that Ryder, who had won the Giro, used drugs, just because he rode a year for the Postal Service.  Then, just a little while later, Jonathan had to confirm that Ryder did dope, but only when he was MTB racing, after Michael Rasmussen named Ryder in his book.

That irked me to know end.  At a twistedspoke, I had a whole post dedicated to my Hatchet Job of Jonathan Vaughters.  I wonder if he feels a little silly citing Ryder as an example of how clean the sport is since he won a Grand Tour.

I didn’t know Ryder doped because he rode for the Postal Service.  I knew he doped because I raced against him dozens of times and it was very apparent that he doped.  It isn’t that hard to recognize.

Anyway, my friend is sticking with his stance.  At the end of his last email, he said,

“I am an optimist for the future generation and I believe ____________ is part of that new generation of clean riders.”

He is wrong, but I have to admire his optimism.  Won’t it be great if it even finally works out that way. 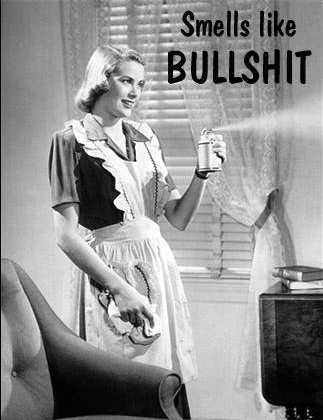