I never quite understood why you feel so crummy riding a bike after you have been sick.  It seems like you should feel good because you rested everything up real good and should be fresh.  Plus, it seems like you come back a full level lower than before you were sick.  Did your muscles just atrophy while you were laying around?   I don’t have the answer to that.

All I know is that I don’t have a fever now but feel like crap spinning my legs around in circles.  Actually, I should correct that.  I don’t feel that bad, crap might be too harsh of a word to use.  I just don’t feel comfortable, which is depressing in itself.

I have about 150 miles in the past three days.  And I seem to be just be getting more tired, even though I haven’t ridden over 60 miles at any one time.  And I’ve been sleeping okay.  At least long enough, I think.

I think sleep is super important in recovery.  Especially as you age.  Getting a good nights sleep is more important than the training you do many times.

There are lots of things going on here though.  I was sick, with the flu I guess, for nearly a week.  Plus, the pollen count has been on and off the charts pretty much all April, which makes for bad allergies.  Plus, they are still burning the fields completely surround Topeka.

I can’t tell the difference between allergies and being sick.  Seems like it is all the same.  If you feel bad for allergies, then it’s not much different that actually being sick from something else.  I’ve taken a lot of your advise and started using Flonase a few weeks ago.  I think that is helping a ton, but getting the flu kind of ruined the experiment for a little bit.

I probably couldn’t hardly tell if I had allergies if I didn’t ride a bike and do such extensive system checks.  When I’m not racing, or in training, I don’t really care how I feel when I wake up.  But when I’m trying to get into race form, I pay a ton of attention to how I feel at all times.  That is more intense when I’m racing.  Funny how that is.

And, I don’t have any control of the burning.  I do have control, by being not-here when they are doing it, but this year I am sort of stuck, so I just have to deal with it.  Bill said that when he was coming back from the MS 150 on Monday, the Flint Hills were burning like crazy.  The wind has been coming from the North some recently, so that helps a ton.  As soon as it gets back to a normal southwest wind, it is going to be horrible once again.

I’m going to try to do the M-W-F rides with the group this week.  That way I don’t have to be in the wind the whole time.  Yesterday Bill and I rode 58 miles and it was windy as usually.  There isn’t much rest doing this.  It is good training though.  The wind here makes you strong, except when your too weak to fight it.  I’m not that bad, but am struggling some, which makes for long days on the bike. 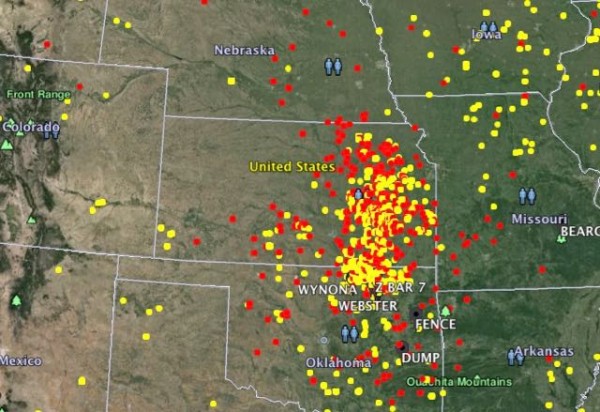 There are more fires in Eastern Kansas that the rest of the country combined. 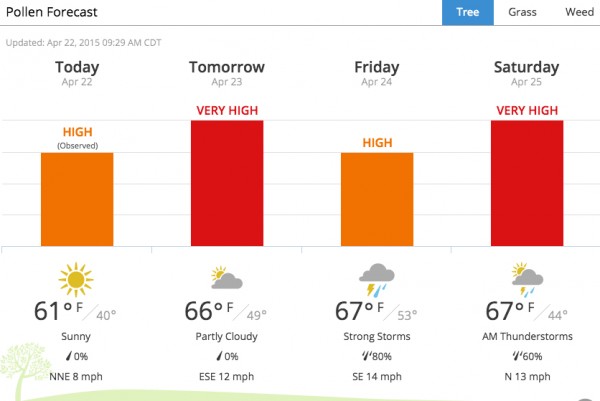 The temperatures are nice, but the pollen is really high.

7 thoughts on “Coming Back from Illness”