The title pretty much says what I‘ve been doing the last week.  I think I’ve only ridden my road bike once in the past 10 days.  I’m not exactly sure why I’ve been doing this.  Probably a few reasons.

One is that I’m trying to get in some miles and it is a minimum of 60 miles back and forth, so I’ve had a couple 400 + mile weeks, even though I’m not feeling that good riding.  Two is that it is “they” are doing a ton of burning west of town and south of Topeka, like the whole state, so I have a much higher chance of breathing better air if I’m riding east toward Lawrence and Kansas City.

That wasn’t the case on Saturday.  Brian rode the 30+ miles over to Topeka and Bill and I met up with him.  Then we headed back east and eventually south.  We could see plumes of smoke just about everywhere we looked.  We did a serpentine route, trying to avoid riding directly into any smoke.

It worked out pretty good most of the way, until we got back to Lawrence for some coffee, but riding back to Topeka, it was pretty bad.  We were just slowly riding back into a deep haze of shit.

I’m driving Bromont over to Manhattan this morning, for a three week check-up, and I’m interested to see how much of the actually grasslands they have burned.  It is pretty much Flint Hills most of the way from Topeka to Manhattan, so it will be a good gauge of what percentage of grass has been burned.

I have been a little better this year than some of the past.  Well, that’s not really right, because recently, I’ve just left the state for the majority of the burning season.  I don’t think it is very good for my health to be exercising 4 plus hours in these conditions.  But, this year, I have to stay around for Bromont, so it is what it is.

Dennis is having his one week check-up tomorrow and he’s hoping to get a good report and head back north up to Wisconsin.  He’s actually supposed to be flying over to Siberia for a World Loppet meeting, but I don’t think he is up to that.   I think/know he’s a little bored just waiting around, kind of lame, with not much to do.  He might be driving back into Siberia, sort of, because it snowed overnight up in Cable.   At least the National Championship NCAA game is tonight.

I woke up early yesterday for Tour of Flanders.  That was a pretty good last hour and a half.  I don’t really understand some of the tatics used by some teams, but it is way easier to criticize bad tactics after the fact.  For the first hour I watched the race, it was Team Sky, with Wiggins, sitting at the front pulling the remaining of the field along.  Then at the end, they didn’t have anyone in contention, or anyone left to help even.

I don’t see how anyone could have beaten Alexander Kristoff (Katusha) yesterday.  He seemed like he could have shelled just about everyone, which he did, and if that didn’t work out, he has it in his arsenal to outsprint them.

Trudi made Easter dinner and we had Catherine’s mom over, plus a couple other people,  Eventually, Keith, who flew back from Seattle and had dinner in Kansas City with his family, came by with some other friends.  It was nice. 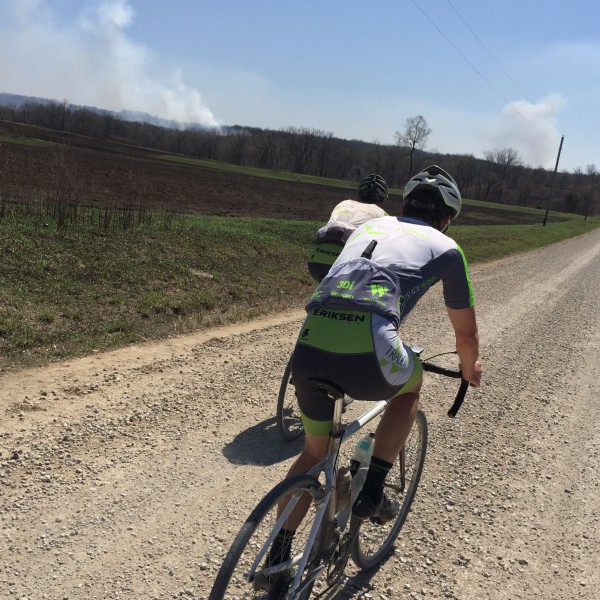 They were smoke plumes nearly everywhere we looked on Saturday. 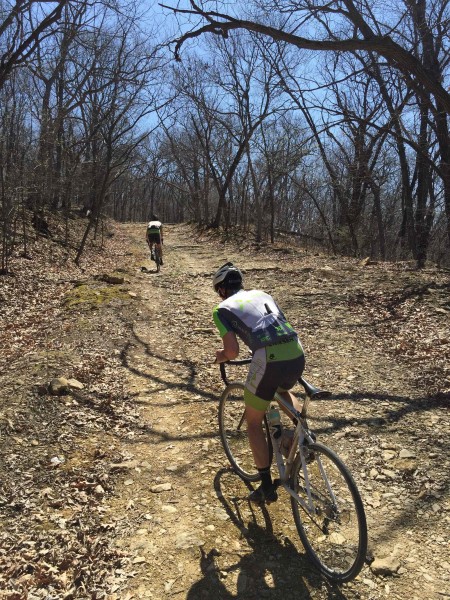 The riding did have a few real primitive sections. 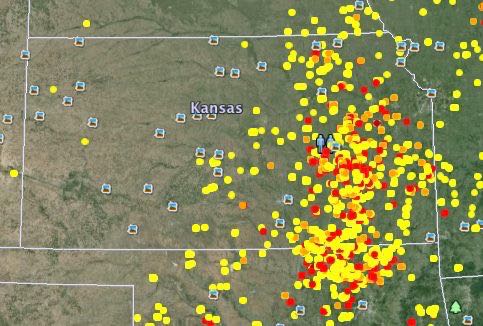 This is a burn map and Topeka was the epicenter of burning, of the whole US, on Saturday. 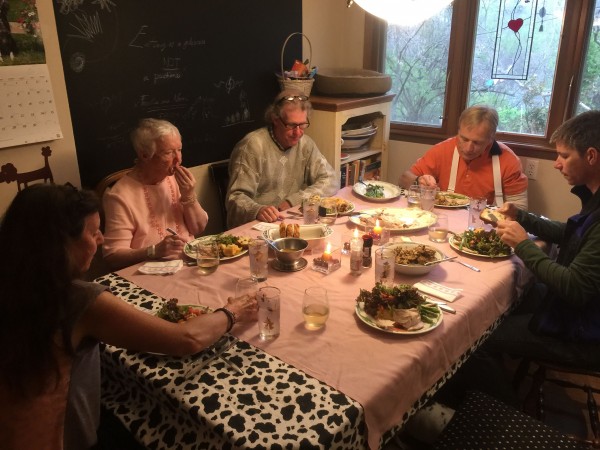 Eating dinner last night before everyone else showed up. 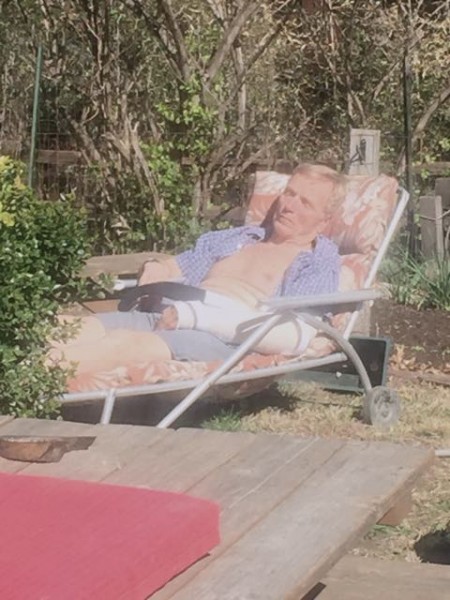 Dennis has been taking a mid-day nap ever since he shattered his elbow. Doesn’t seem extreme.

14 thoughts on “Riding Gravel in Smoke”