I was riding back and forth from Topeka to Lawrence last week and was thinking about Redlands and, specifically, Chris Horner.  For so long, Chris was dominate at the race.  He wasn’t dominate in a boring-ass way, he was dominate in an aggressive way.  When he rode for Webcor, he took a bunch of “no-name” riders and made them into a force to be reckoned with.

It was fun racing Redlands, even when Chris was killing the field, because the racing was still really hard, aggressive, and not that predictable.

Anyway, Redland’s starts in a few days and I was thinking about if I thought it seemed early in the season or late, or what.  Sometimes before Redlands I’ve already raced 10-20 races.  This year, zero.

Then two days ago, I saw this article at Velonews that said that Chris and he new domestic Pro team, Safeway-Airgas, are starting the season at Azerbaidjan.  Man, what a start to the season.  May before racing once.  That seemed really strange since I remember seeing an interview with Chris, after his team had been denied entry into Tour of California and he said that he was planning on killing it at Redlands and the NRC.

So I looked back and found an article at Cyclingnews.  Here is a quote from that article –

I own Redlands. Everybody knows that. I’ve won it four times. That’s my race. Basically they should just call it Redlands-Horner (laughs). OK, so I know it’s not the same profile. It used to be seven-eight days when I was winning it. You’d do the hillclimb up Oak Glen and all that stuff. I grew up sharpening my teeth there at Redlands, so I’d like to go back there and win it. That’s a big objective. For me, I think I can ride there 100 percent. The course isn’t as hard as it used to be, it’s fewer days, but they put in a good deal of good climbs.

The NRC is big. I’ve won it four times in my career. I won it in ’96, then I came back and won it multiple times in the early 2000s. It really sets the precedent of which rider in the US is the best domestically or whatever you want to call it. So that’s a big objective.

And honestly, there are only six or seven events, so you only need to focus on six or seven. When I won it back in the day it was from February to October, and all the events in that calendar were part of the NRC. Now it’s more specific and streamlined. So it’s not as difficult to focus. I don’t have to be good for the whole season.

I got curious and thought, Chris really likes to race, why would he skip Redlands and start racing in May, when he already said that he is going to win Redlands.  And when he says he is going to win, he usually does.

So, I found an article about the field at Redlands and low and behold, Chris Horner is racing.  So, I guess the Velonews article titled Horner to start 2015 season in Azerbaidjan  didn’t think that Redland’s counted or maybe they just made a mistake.

Whatever the reason, he is planning on racing Redlands.  I wish I was racing.  It would be interesting seeing how the racing there goes.  I’m sure that Chris and his team are going to dictate the pace of the race.

The finish at Oak Glenn, a 6 mile climb, has returned, which should open the race up some.  You can’t go and rest on your laurels after the time trial in Big Bear.

It is funny how domestic racing has really disappeared off the media’s radar screen.  Tour of Flanders is tomorrow.  The Paris-Roubaix.  But Redlands, is just another local race.  Seems wrong.

Anyway, this really isn’t going anywhere.  I was just curious about where Chris Horner was and what he’s been up to.  He career has really been odd since he won the Tour of Spain.  I’m not so sure that worked out so well for him.  He is a bike racer and it seems that win just restricted that.   I wonder if he had a do-over, whether he might play that a little different a second time around? 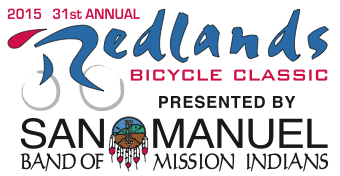 It’s interesting that the presenting sponsor for this year’s Redlands Classis is a Indian casino.

31 thoughts on “Where is Chris Horner?”