The weekend went pretty quick here, but today is busy.  Today is Dennis’ surgery in Lawrence.  He has to be there by 12:45, for surgery at 1:45.  I think they are planning on doing general anesthesia, but I heard from a couple doctors that he should ask for a block and then he can skip the recovery room.  Plus, he wouldn’t have the after-effects of the general.

I’m trying to decide if I should ride over there to wait, or just drive.  I rode to Lawrence 5 times last week.  I’m not sure what that was all about.  Riding gravel, on the River Road, is my favorite ride around here, and I’m just trying to maintain, so I got in this rut.  And it is a rut.  I had 400 miles for the week, but I don’t think I’m any better than I was the week before.  Training when you’re struggling usually doesn’t pay dividends short term.

I found a hurt bird on the way to Lawrence yesterday.  I was 10 miles from home and wasn’t sure what to do.  I decided to put the bird in some bamboo, for protection, then get him when I returned.  So, the next 2 1/2 hours, I was constantly concerned about the bird.  I was kicking myself for not just turning around and taking the bird home.  I was wondering if I was being selfish.  Why couldn’t I change my life one hour, for the life of a bird?

So, I rode back and looked under the bamboo, pretty sure the bird would be gone.  But he was there.  But, he wasn’t alive.  He died.  I picked him up again.  He was so pretty.  So light.

He didn’t seem hurt enough to die.  I apologized to him for not staying with him.  For some reason, it seemed like it would have been appropriate to have been there when he died.  It’s probably just the human in me thinking that.

Dying alone seems scary for some reason.  I thought about that for a long time and came to the conclusion that most animals die alone.  All the birds we see flying around, most just die.  All wild turkeys, turtles, squirrels, etc.  They are there and then they just aren’t, just like the bird.

Anyway, I felt badly I abandoned the bird when he was so injured.

Bromont was great yesterday.  Great considering.  He ate by noon, which is early now.  Then he went on two walks, super energetic both times. Then he ate some more.  But, late last night he didn’t feel so good.  He wouldn’t go out on his night walk and didn’t sleep much all night.  This morning he was disoriented, with his head drooping.  He’s a little better now, but he doesn’t feel very good.

It is spring here in Kansas.  All the Dogwood and Redbud trees are blooming.  It is supposed to be in the mid 70’s this whole next week.   Our garden is starting to grow.  The lettuce, chard and spinach is up already.

I sure hope Bromont starts feeling better with the nice weather here. 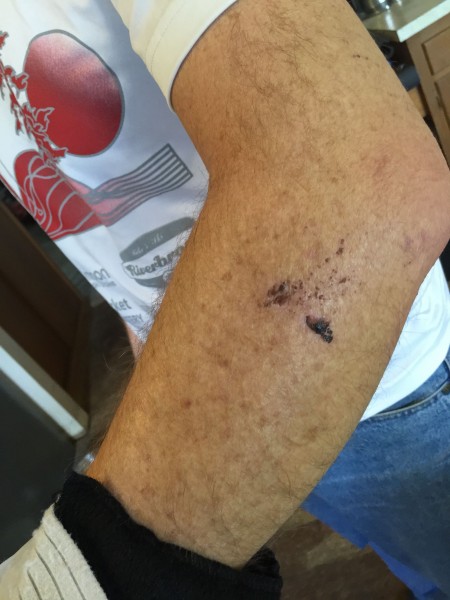 Dennis’ arm isn’t getting any smaller. He hopes it will be deflated after the surgery today. 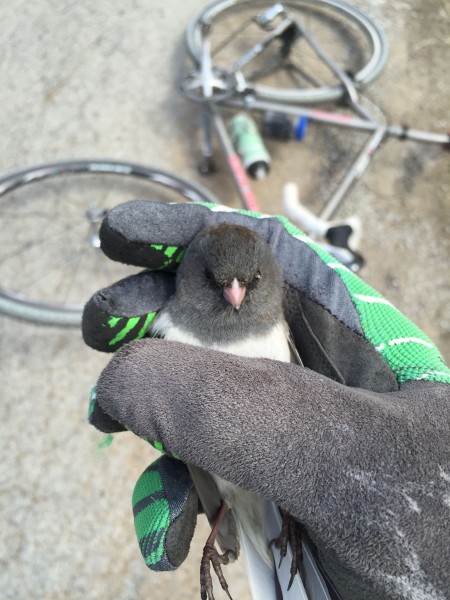 The small bird on the way there. 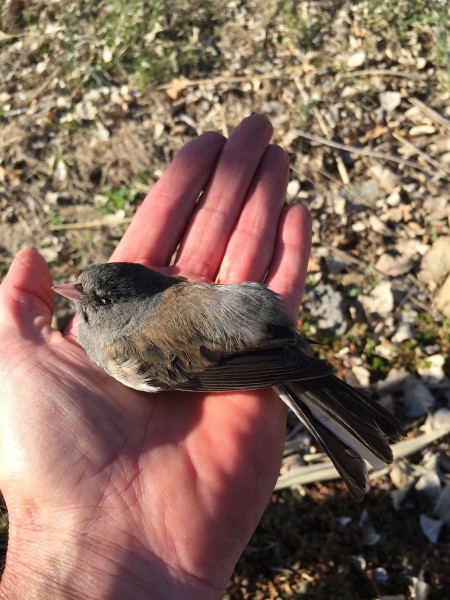 Here he is after he expired. I buried him under the bamboo. 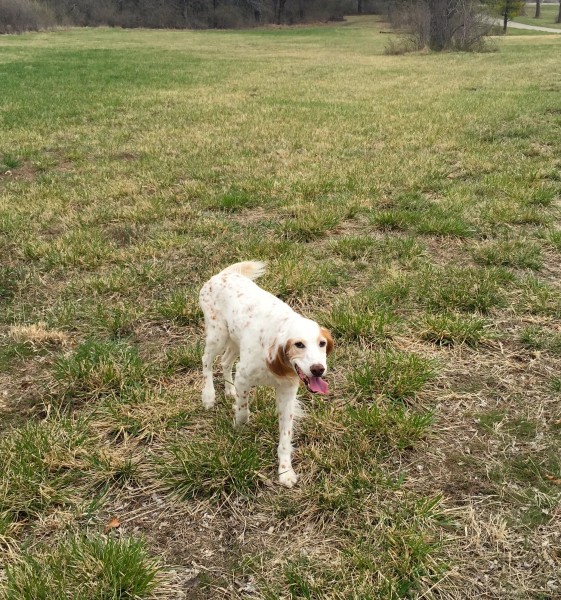 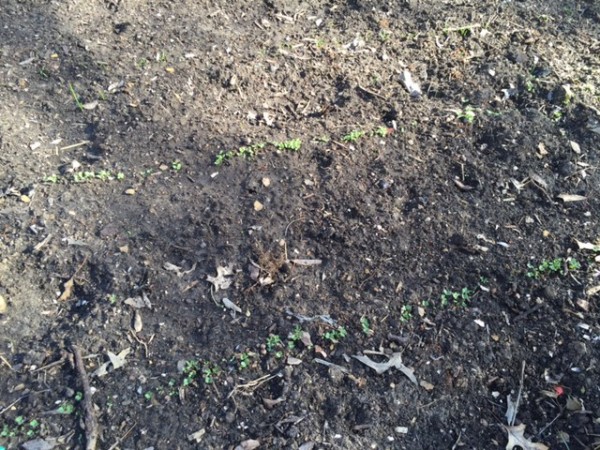 The early season vegetables are already up.