I had a chance to think a little bit about the  CIRC report and the reactions from others.  Everyone seems to be sort of stuck on these hypothetical numbers.  One “respected” rider said that 90% of the Pro peloton is currently doping, another said “only” 20%.   Those guesses seem to perplex and bother a lot of folks, not just me.

I wrote a little yesterday about an article that Caley Fretz wrote for Velonews, where he says that the 90% number is a “travesty and the 20% is low enough that he’ll still wake up early to watch.

David Millar, recently retired from Garmin, and served his time-out for doping, did an article for the Guardian .  He felt that the CIRC investigation wasn’t fair since they probably didn’t talk to enough clean riders.  It’s hard to know exactly who that is, if the given number is somewhere between only 10% of the peloton clean, to maybe a maximum of 80%.

I ask David, how do you know who that is exactly?  Guys that have never tested positive?

Fabian Cancellara just said he doesn’t have time to read the report and might not get to it until the end of the season.  I can hardly comment on this asinine statement.   I guess I’ll just leave it at that.

Alberto Contador, another “convicted” rider of doping, (name removed from a Tour de France win), did read the report and said that he testified before the commission  His quote was-

“[The reaction] surprised me a bit yesterday. All the headlines were as if it was something new about the UCI, when it was all old news. How the UCI acted is an old story, everyone already knows it.”
I agee completely with Alberto, nothing new there.

I agree with Bjarne, what does it mean.

Here’ what I think it means.

It means that if these numbers are correct, this vast difference in opinions of how many riders are doping, the race results are the same.  And by the same, I mean totally screwed up.

Like I wrote yesterday, just one or two guys doping in a race can really change the race.  It changes the race in so many ways that it doesn’t fix it by just disqualifying the rider who doped and moving everyone up a place.  That is if they catch the rider, which they virtually never do.

The CIRC report said that the doping the riders are doing now might only give them a 5% increase, compared to 15% before.  Those are the high estimates.  I’m not sure what that means?  Can they produce 5% more power, or they recover 5% faster, or do they have 5% more endurance, maybe all of the above?  I don’t know.  I do know that 5% more power at 400 watts is 20 watts.  That is enormous when you are doing an hour climb in the Tour.

Even just being able to train 5% harder, or more, would be significant, while maybe recovering 5% faster?

But what it really means is that, if the numbers are correct, that in any given race of 200 riders, that a minimum of 40 riders are doped, to a maximum of 180 riders.  And it doesn’t matter which number is real.

I’ve raced a ton of races with a ton of doped riders.  Guys that were “proven” to be doping in those very races.  I could give you a lot of example, both on road on off-road.

One guy, like Kyle LeoGrande, can completely destroy a race at Superweek.  He can single handily make it so hard that many riders just quit the race, thinking they were POS.  40 guys like Kyle would make the race fantasy bike racing and totally unrealistic.

The same off-road.  When all the Canadians and Euro guys came here to race juiced, the sport became a joke.  Here are these guys racing the whole 2 hours faster than I could go for a 5 minutes.  And just the year before I was competitive.  It really didn’t matter if it was 5 or 10 guys doping, with the rest of the field clean. The results were the same at the top of the page.

And the majority of the riders in these racers were clean.  But, they were getting smeared, and I mean smeared, by a few guys that were doping.

Why would it be any different in the Professional peloton?  The guys doping have to be better than the naturally aspirated riders. Always. Especially if there are 40 of them in any given race.  It only makes sense.

We all try to hope that a clean rider has a chance to beat a rider that is doping.  That is very rarely the case.  Unless all the riders I’ve personally known to have doped, were already the superior athletes, before they started doping, the drugs make them 10 times better.  So much better that competing against them isn’t possible.

So, when guys like Caley Fretz, , have lowered their standards enough to feel comfortable watching an athletic competition where 1 out of 5 of the athletes in the race are doping, thus cheating, I say we are in for a lot more of just exactly that. 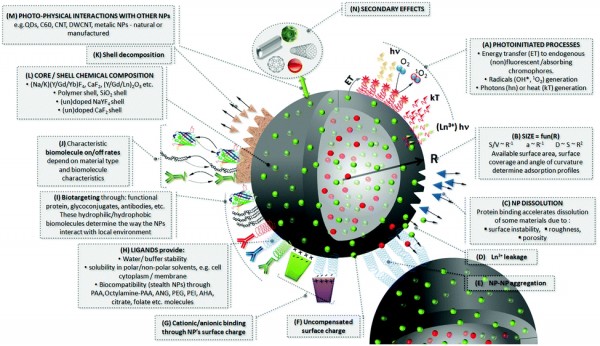 Nano doping. Why not? As long as you just keep it down to under 20% of the field, it’s okay.