I was sort of beat from driving all day on Tuesday, but Brian was going to take the afternoon off and it was forecast to be in the mid 50’s.  Then it was/is supposed to be pretty horrible weather the next 10 days.  At least horrible for riding outside.  Right now it is 7 degrees and the windchill is -8.

Anyway, Bill, Kris, Trudi and I headed east to meet up with Brian, who was riding over from Lawrence.  We were going to ride all day on gravel.  It was sunny and in the mid to upper 50’s.  The forecast was for the wind switching after 7 pm, and then start raining, then snowing.

Everything went pretty good initially.  Nice ride, but windy.  We met up with Jason Knight and started riding new roads, at least new to me, out south.  We got back towards Lawrence around 4:30.  Riding into Lawrence, the wind started howling from the Northwest and it started spitting down rain.

Jason went home and Brian rode just Bill and I (Trudi and Kris had turned back) back to a Starbucks.  Brian went home and Bill and I had 30 miles to ride home.  Directly into a 35 mph headwind.  It wasn’t really raining, something more like the drizzle I experienced in Seattle a couple weeks ago.

We drank some coffee and headed out.  It was pretty ugly.  We were only going around 12 mph and I hate it, but I always divide the speed into the distance.  I was thinking about 2  1/2 hours, which would have put is back around 8 pm.  Sunset was 6:08.

When we got to the River Road, it was a bit sheltered and we were going better.  But the temperature was dropping.  My Garmin said it was in the lower 30’s, but with the wind, it was bone chilling cold.  I was only wearing long-fingered MTB biking gloves.  Bill had some a little better, but not good enough.

About 1/2 way back, the rain turned to sleet, then to snow.  It was dark by then.  We were riding gravel, so there was pretty much no chance of traffic.  Bill left his sunglasses on, saying the sleet was killing his eyes.  I took mine off and just looked down.

My knees, both of them, started hurting with about 15 miles to go.  On the inside, below the Medial meniscus.  They got so sore I had to keep standing to relieve the pain.  I worry when new pain starts, but since it was both knees, I was worried less.

It really wasn’t that bad, other than our hands.  Right on the outskirts of Topeka, I told Bill I had to stop to swing my arms.  I couldn’t shift anymore and braking was getting iffy.  Bill’s hands were bad too.

We got back around 7:15.  I felt pretty good about the mileage, but was a little hurt.  This morning my knees still ached.  I texted Stacie, in Louisville, and she Facetimed me just a little bit ago.  I’m using some Flexor patches and anti-inflammatories for a couple days.   I’m not too obsessed with the issue, yet.

Like I said, the forecast is pretty bad for the foreseeable future.  But, like I stated at the start of this post, I don’t put much credence in weather forecasts. 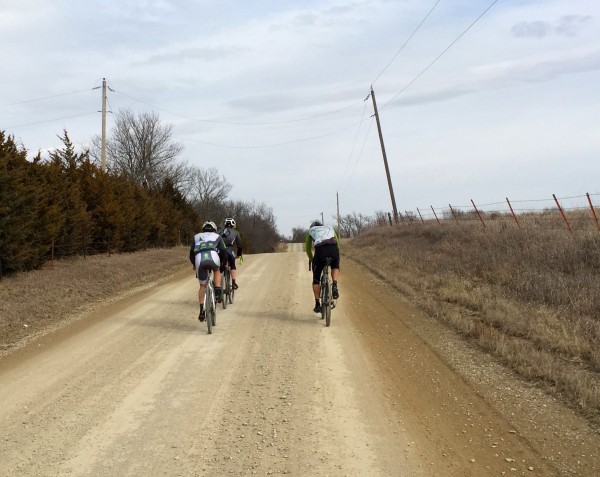 When the weather was still good. 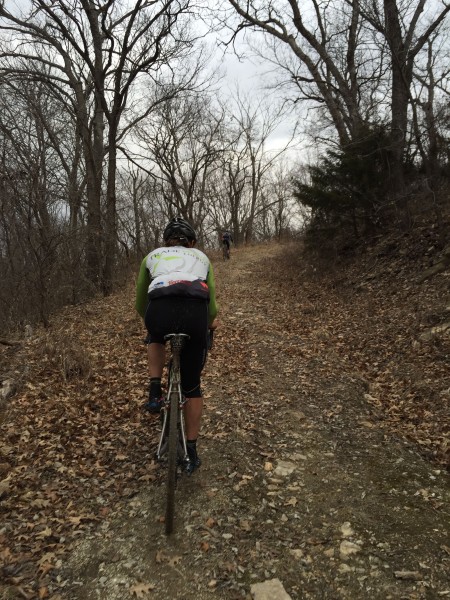 It got a little primitive every once in a while. 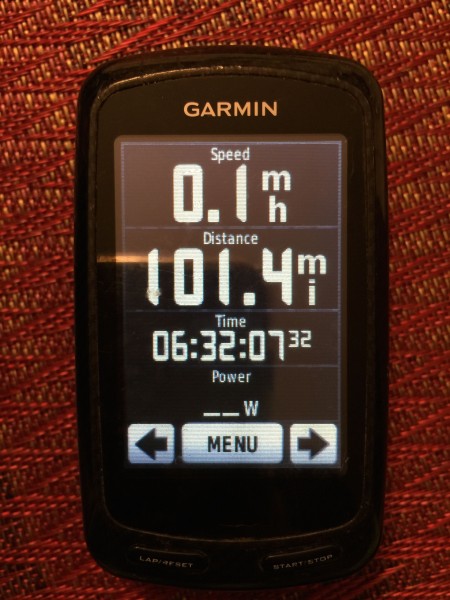 This was missing 6 miles. 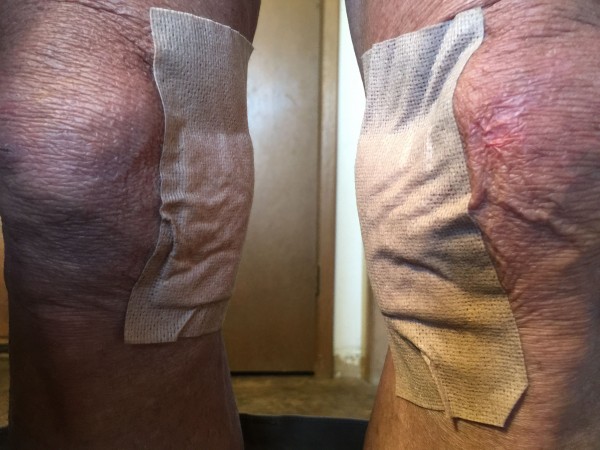 My knees this morning.

13 thoughts on “Caught by the Weather”