I know, I know.  Just a few days ago I wrote a post about not worrying about being behind the curve and that it was only February and the season is plenty long enough.  But, Winter has seemed to be dragging on just about everywhere.  I even looked at the weather in Austin Texas this morning and it was in the 30’s and raining.

We did the drive back from Denver to Topeka yesterday after going for a ride.  The roads along the foothills in Denver were pretty mucky.  Sloppy and wet low, snowy and slick higher.  Vincent and I, for some reason unknown to either of us, decided to ride up Lookout Mtn. once again.

Starting up Lookout, it was obvious that it was going to be challenging.  Challenging going up, but more challenging coming back down.  The road was borderline non-road bikeable  on the way up.  There were sections that the whole road was snow covered and we were both questioning the decision to climb the hill, but, neither of us blinked.

We had to pull off to the side a couple times for the snow plows coming by.  We probably should have ridden our MTB bikes, but we didn’t.  We got to the top okay.  Vincent wasn’t having a great day and I was happy riding whatever pace he wanted to go.  I was just content with riding outside on such a challenging day.

We got to the top alright, but were a little dreading come back down.  There were a few sections of solid snowpack where you were going to have to just let it run and not touch the brakes at all.  As it turned out, it was better than either of us thought.  I think the road cleared some as we climbed.  It wasn’t nearly as treacherous as the climbing was and we got down unscathed.

Bromont got a lot better yesterday.  He likes the hum of the diesel van, buts still pretty much slept in Trudi’s lap the whole way back.  He’s eaten twice and seems not to be in any pain.  He has 4 big incisions, but hasn’t really tried to lick them at all.  I’m not sure what that is all about.  Normally, he licks stitches until he gets them out.

Today it is supposed to be 50 degrees after noon.  Brian is taking the afternoon off and Bill and I are meeting up with him to do a long gravel ride.  I’m a bit worried it is going to be messy.  There are piles of snow by the driveways, so wherever the roads don’t get direct sun, I assume there will be ice and snow.

This might be the first time I’ve ridden with Brian this year.  Weird.  Tomorrow the high is supposed to be 19 degrees, with rain turning to snow later tonight.  Guess it is just that time of the year. 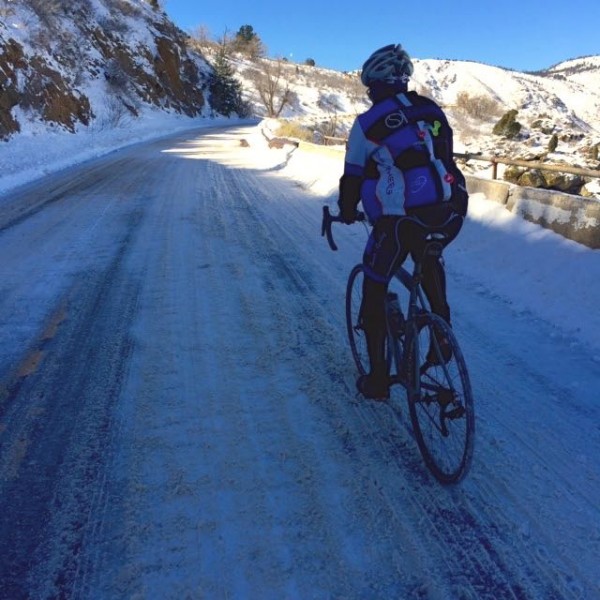 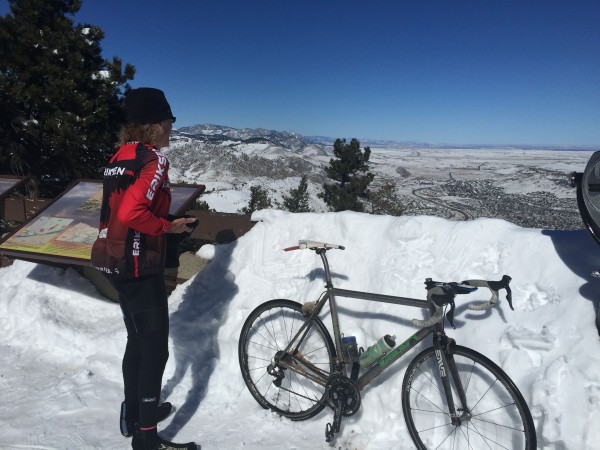 Lots of snow at the top. 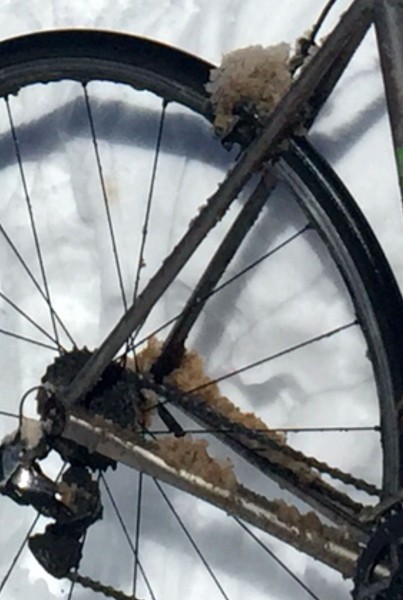 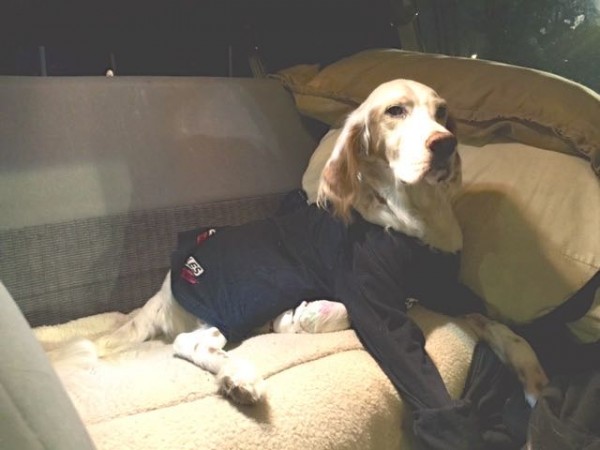 Bromont had the full back seat, but came up to the front and did his lap dog thing instantly. We got him a long sleeve t-shirt at a thrift store in Fort Collins to stop him from licking. 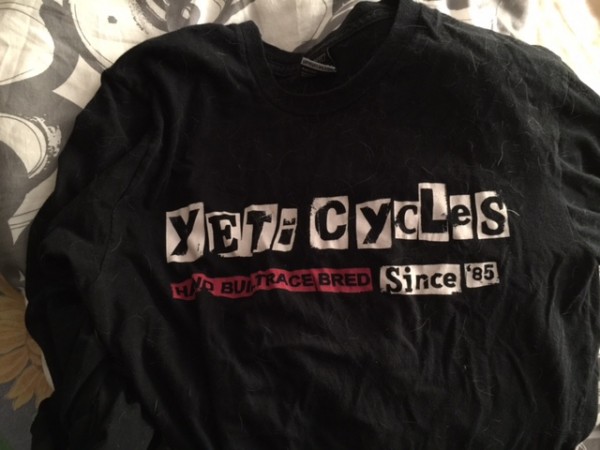 This is Bromont’s shirt. Funny it was at the thrift shop and the perfect size.

14 thoughts on “Anybody Sick of Winter Yet”