Yesterday there was 100% chance of rain here in Seattle.  Virtually every hour of the day.  I decided I was going to do a long walk.  And then, after that I decided to do another one, and then finally another one at night.

I’ve been using Strava on the iPhone and knew the distances pretty well.  I didn’t use Strava yesterday because it pretty much kills the battery after a few hours.  But I figured I walked between 6-8 miles three times, so somewhere between 20-25 miles.   That was pretty long for me.

My luck has it, when I was about 4 miles away from my bike, the skies totally cleared and there was blue sky and actually a little sun.  But I was over an hour away and it was already 3:30 in the afternoon, so I was screwed.  It wasn’t nearly as fun walking around knowing that I had a window of opportunity to ride, really rain-free, and I blew it.  Even so, the roads were still aways wet, they never seem to completely dry here.  At least this past week.

I took an umbrella with me in the morning.  I had noticed that not that many people actually carry umbrellas here.  Like maybe one out of 30.  I felt like I was being smart staying dry.  But, I soon learned.  And was told.

Every corner yesterday, a gust of wind would blow and it would do havoc to the umbrella.  Like try to rip it out of my hand or “invert it”.  I was using Catherine’s umbrella from her job in Topeka, Kammco.  It seemed to be a pretty sturdy umbrella.  But not sturdy enough.  Eventually the threads on the umbrella succumbed to the wind and broke.  That was about it for the umbrella.  A woman teller at a bank I was at saw my umbrella and asked me how many times it had been turned inside out, or inverted in my vernacular.  She said they were pretty useless here in Seattle.

These people walk a ton and walk fast.  Last night I was trying to keep up, stride for stride with the guy, with a backpack, just walking up a hill.  I was matching him and he just kept pulling away from me.  I kept taking longer and longer strides and he kept just pulling away.  It didn’t even look like he was trying to walk fast.  He had a nice bend in his upper body, but other than that it looked like he was just walking along.  I was struggling.  I had probably already walked close to 20 miles, but that wasn’t the issue.  I had to peel off my coat finally, I was so hot and breathing so hard.  Strange.

The people that live in downtown Seattle, or work here I guess, are hardy.  They don’t seem to pay the least amount of attention to the precipitation.  Most are dressed for it, but some not even close.  And they just walk like it is a nice spring day.

One thing, I don’t see many fat people.  It’s the same as in New York City.  I think walking all day keeps everyone relatively skinny.  One upside from walking in the rain day after day. 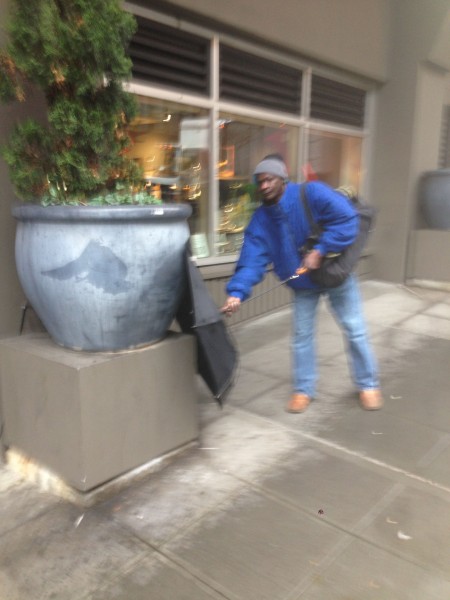 This guy was having a real issue with his umbrella yesterday. 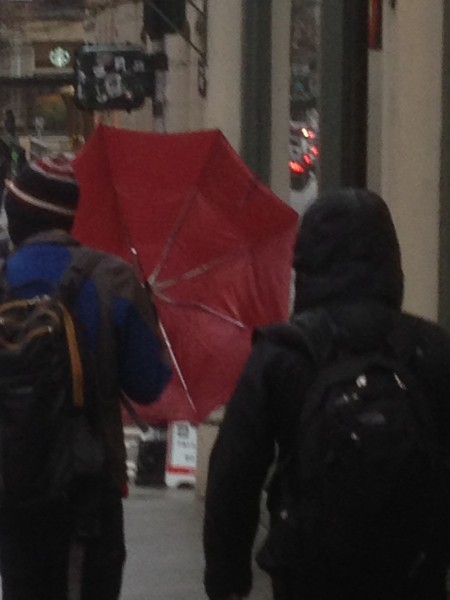 Same with this guy. I saw lots of this problem. I had the problem. 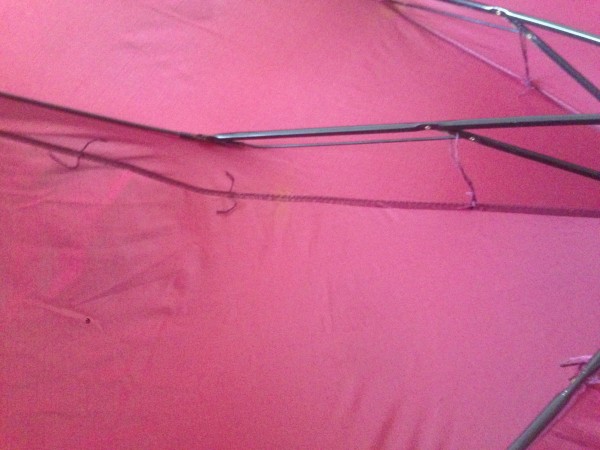 I could fix my umbrella with a needle and tough thread. 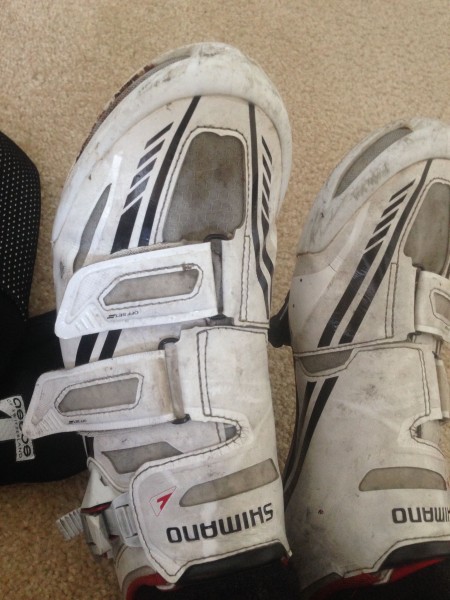 You’d go through a lot of cycling shoes too riding all the time in the wet.

12 thoughts on “Walked 20 + Miles – Umbrellas are Valueless in Seattle”