It is supposed to rain real soon.  I’m going to head out and maybe do intervals, yes I said intervals, close to the apartment.  I think I probably need to do some efforts if I’m going to be racing next weekend.  Here are some photos from yesterday in Seattle. 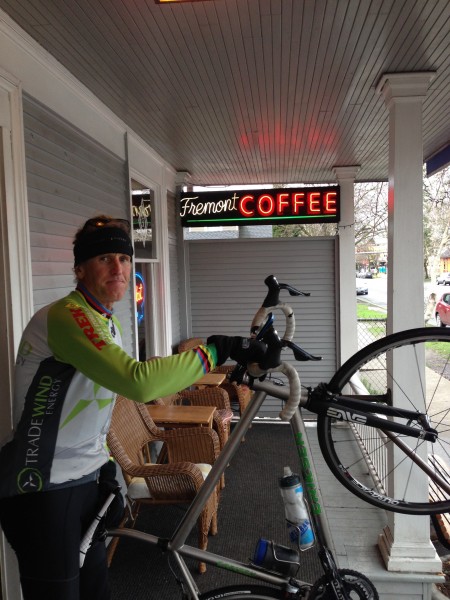 We started the ride yesterday over at Fremont at the Fremont Coffee Company. Very good coffee. 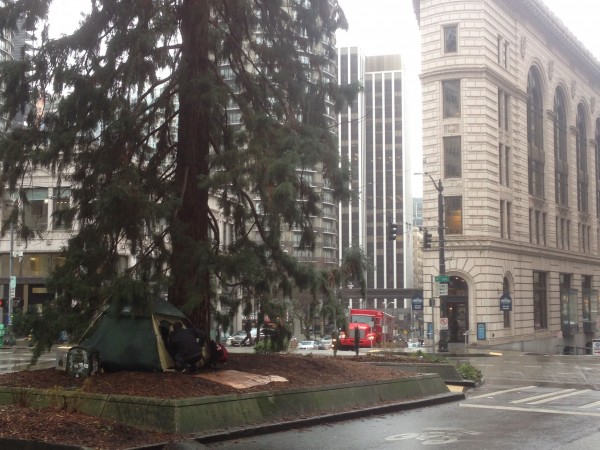 Before that, we did a 7 miles walk around town. I didn’t start Strava on my phone until have way in and had 3.something miles. This guy had his tent set up really in the middle of the street. The building behind the tree is super cool. 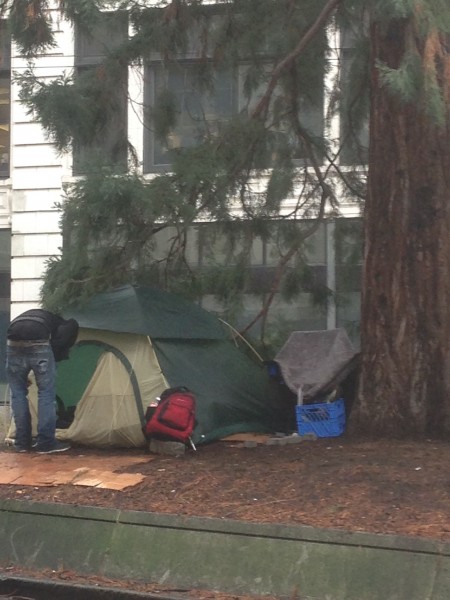 It was a better neat place to camp. Not sure that would work in Kansas. He was gone by the time we walked back by. 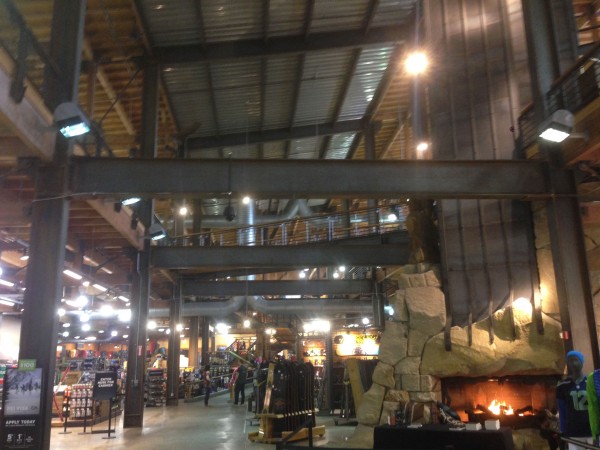 We walked by the biggest REI store in the world. I guess their corporate flagship store. It was enormous. 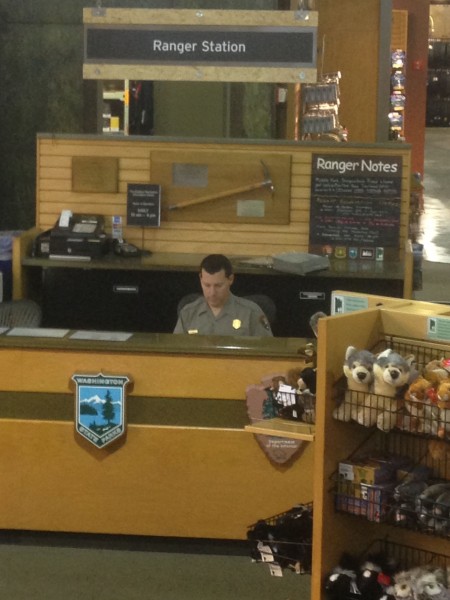 The store was so big they had their own park ranger stationed there. 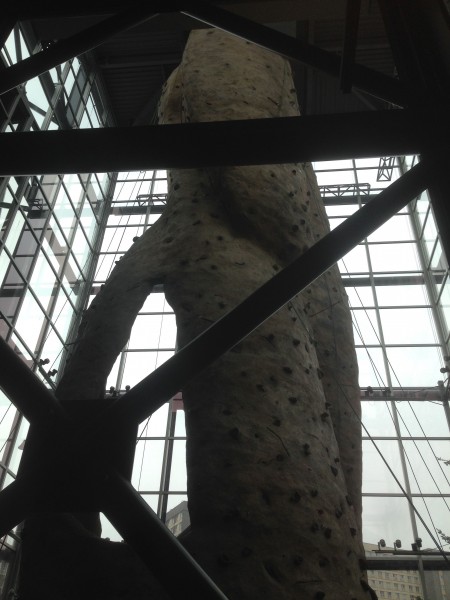 It had the biggest climbing wall I’ve ever seen. 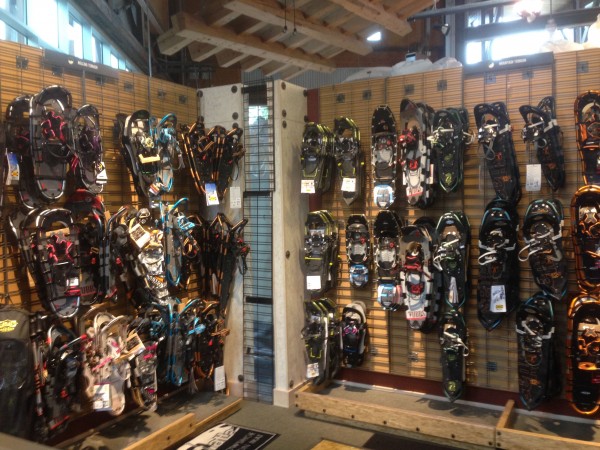 These are just some of the snowshoes. They had a whole other wall. 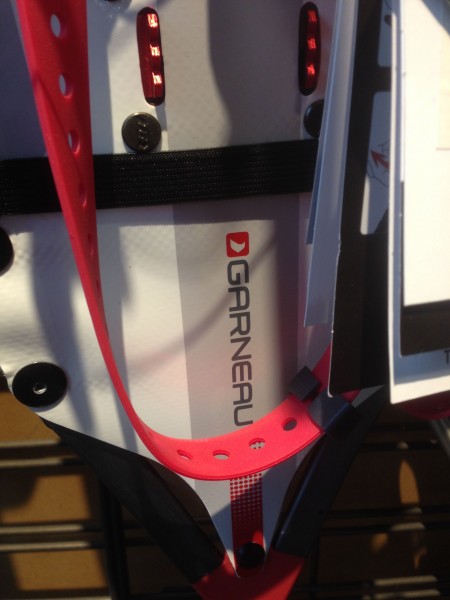 I didn’t know Garneau made snowshoes. 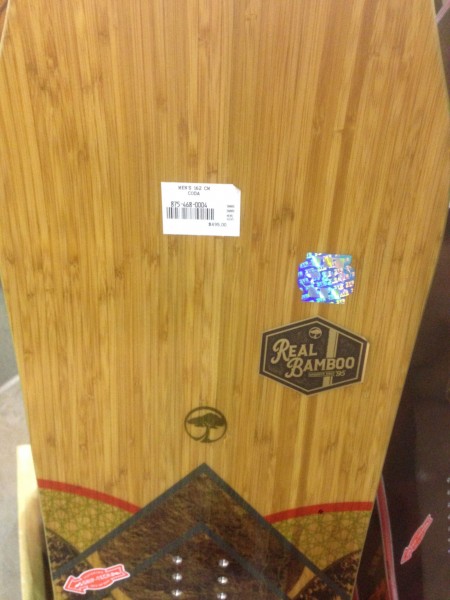 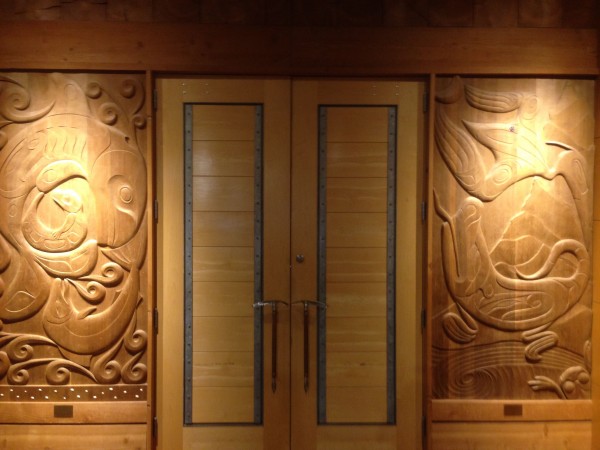 Doors to a meeting room in REI. 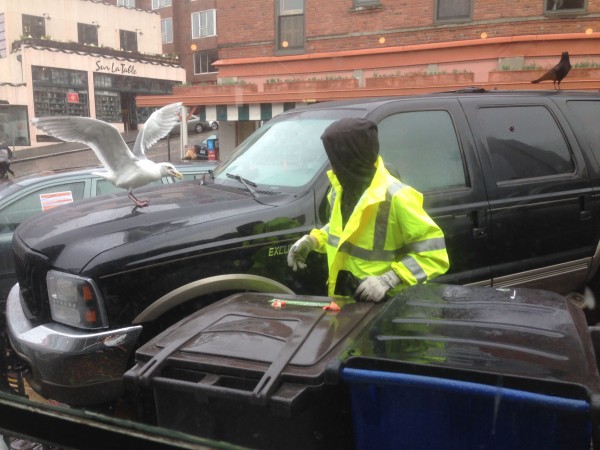 This guy was emptying the trash and when he did it he feed the seagulls. 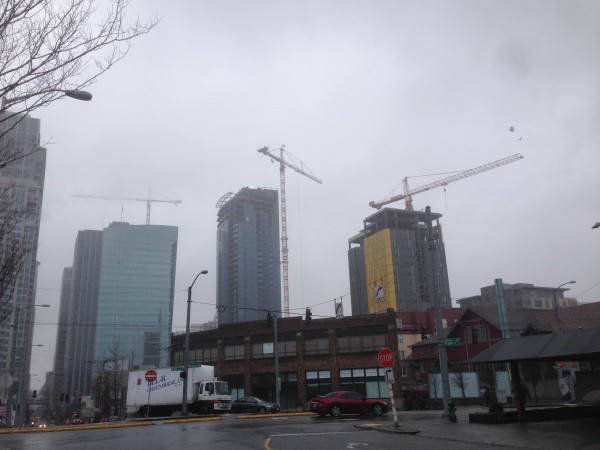 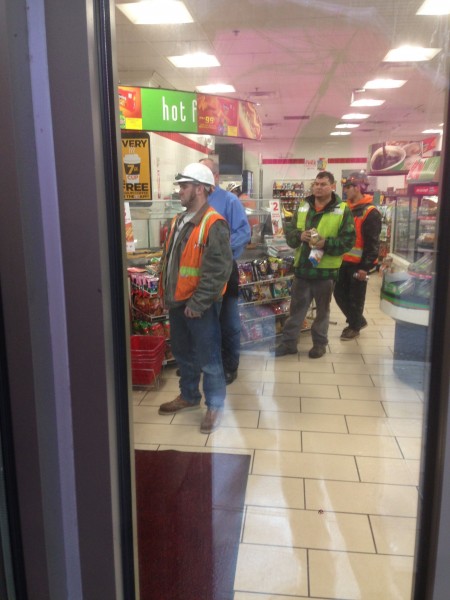 The construction workers were lining up to get lunch in a 7-11. I’ve never considered eating lunch there. Most were getting either a slice of pizza or hotdog, along with a Rockstar or other energy drink. Strange. 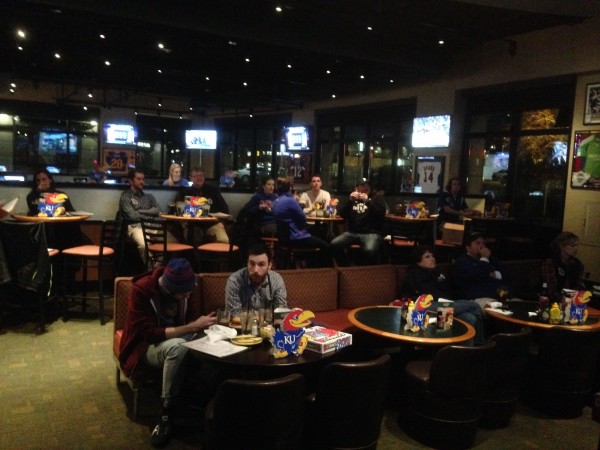 We walked over by the Space Needle, to a Sports bar to watch the KU vs ISU basketball game. It was the local gathering spot for expatriate KU fans. 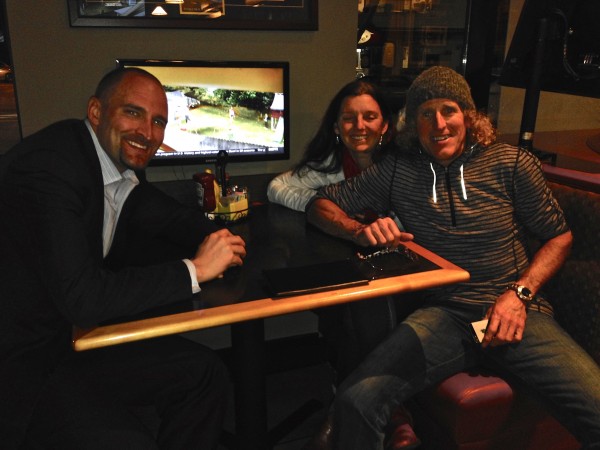 A old friend, and sponsor, Josh Crow came by and sat during the game for a couple hours. It was great catching up. 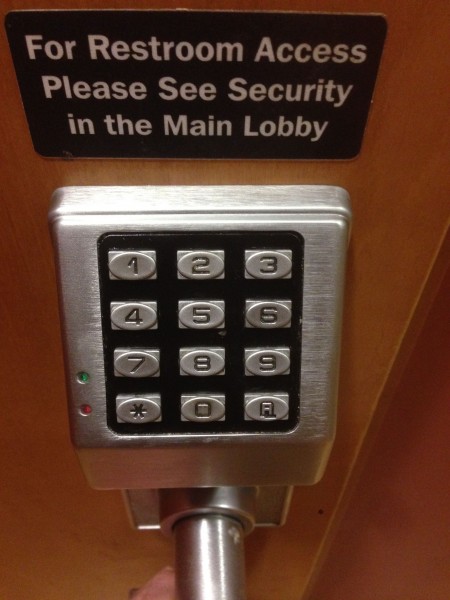 They have a thing about having locks on the bathrooms here in Seattle. You normally need a code to get in. 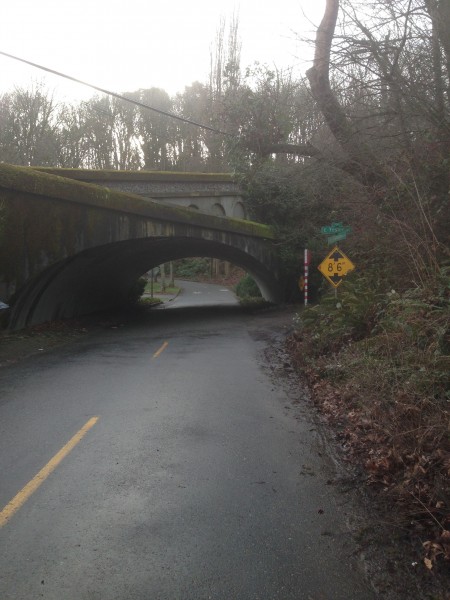 This is climbing off Lake Washington towards the I-90 bike path. I did a lap of Mercier Island yesterday. It was wet, but not raining.

14 thoughts on “Supposed to Rain”