Today is my brother’s birthday.  And I guess the cyclocross season is over, nearly for everyone.  I know there are a few races to compete in spread throughout the country, and of course, the World Championships at the end of the month, but for the majority, it is over.  It’s time, even though it is just the 2nd week of January, to start looking forward to road reason.

Anyway, I was hoping to post a picture out of Bicycling Magazine of a cyclocross they held in Martin Park, in Lawrence, back in 1974.  I didn’t even know what it was back then.  Kris competed in the race and they put a picture of him in the February, 1975 issue.  I was super jealous and thought that I should have done the race, even though I had no idea what it was.  What it was is pretty much taking your road bike and riding around a MTB course.  At least that is what I envision.

Kris raced a couple cyclocross races this past season, so that means he’s been doing it for right about 40 years, give or take.  Pretty incredible.

Gene Wee, our fearless leader of the Mount Oread Bicycle Club, sent me this photo.  It is a picture of the start/finish line and a friend, Dennis Scott, who was from Kansas City.  If I find the magazine, then I’ll scan the picture of Kris and post it, but this will have to do.  Happy Birthday! 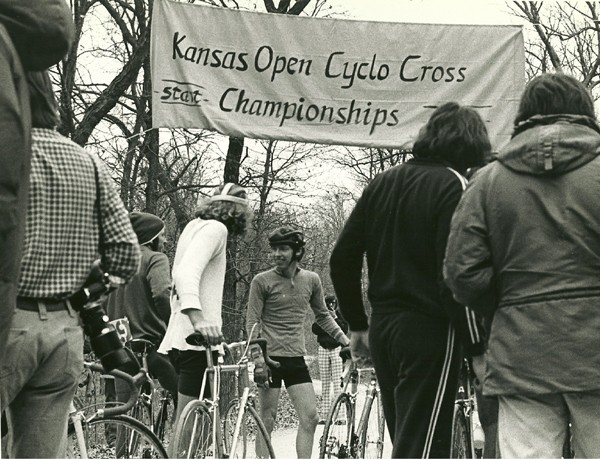 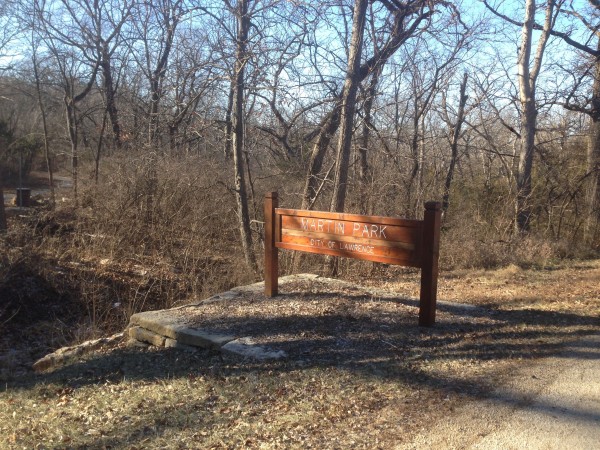 We rode by Marin Park on Monday, on the way to watch Cyclocross Nationals. It seemed appropriate. Still pretty primitive.