Yesterday was the stellar day of the week, weather-wise, for Austin.  It is just going to be going downhill from now on.  It was nearly 70 yesterday, 45 today, and then the 30’s and rain/snow for Friday-Sunday.  Cross weather.

Bill, Vincent and I rode about 65 miles yesterday.  On our cross bikes, with cross tires, mainly on pavement.  I felt alright, other than my neck, from face planting skiing a week again, was super stiff and giving me a splitting headache.  Or maybe it was because I was out for 7 hours and didn’t have a bottle, thus didn’t drink anything?

Anyway, the ride was good, out by Lake Travis and back.  Man, that lake has no water, like the docks are hanging like ladders on the shore.  Nearly vertical.  It is going to take years to fill that back up, even if they do get some rain.

We ended back up at the Nationals course and I rode just one lap.  It is going to be very technical.  It is nearly all on the side of a small hill and it just zig-zags up and down the hill pretty much the whole course.  It is a good course, don’t get me wrong, but there aren’t that many places for just full-on pedalling.  And if it get wet, like it is predicted to be Friday-Sunday, it is going to be very, very technical.  Lots of u-turns on off-camber hills.  It could make for a lot of dismounts and running.

The course is very tight in many places with only one line.  The start is going to be very important in these large fields at Nationals.  I wish I would have taken a photo of the rock run-up.  It is scary steep and the “steps” are more like ledges.  I think you could pick a way up where the steps are less than 16 inches, but it would be tricky.  If that gets covered with mud, there are going to be a bunch of ripped up shins come Monday.

I ended up staying around until nearly dark and had 8 miles to ride back.  It was fun riding through Austin in the dark.  I rode through downtown, then the university and up through the neighborhoods.  It was getting a little cold, like in the 50’s by then, so I was chilled, but felt good.

Okay, we need to go and try to get Vincent’s bike singlespeed legal.  He has some spacers lined up and is going to take off his extra chainring.  He races at 4 pm this afternoon and then again on Friday. 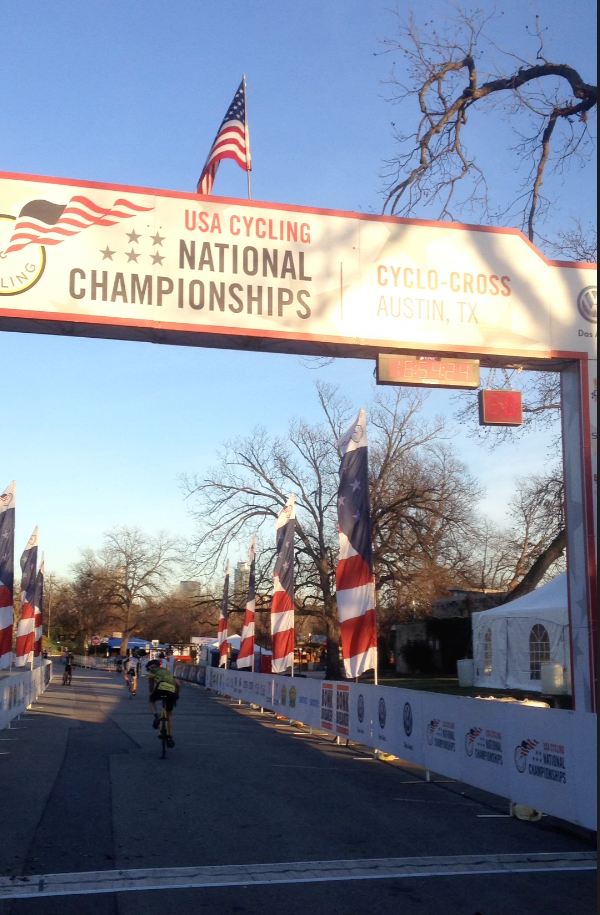 I think the course is going to be pretty good, even though I only did one lap. 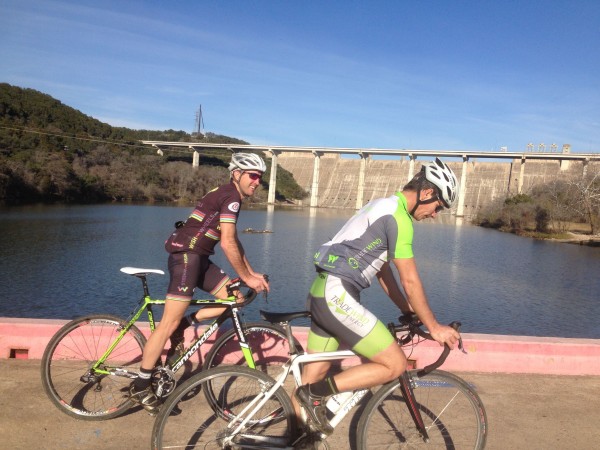 Out on the low water crossing by Lake Travis on 620. 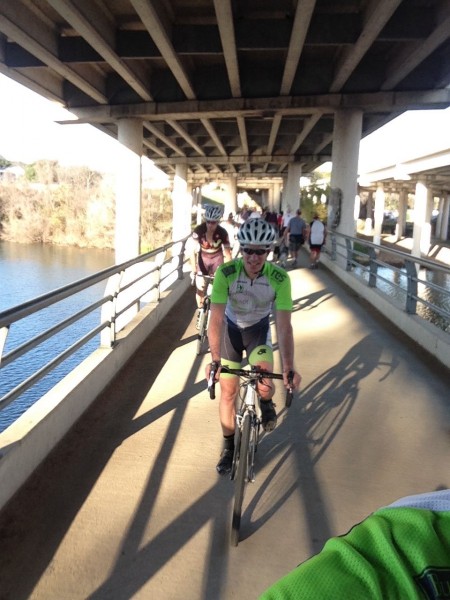 On the pedestrian path under MOPAC. They are making MOPAC a toll road, so it is really under construction. 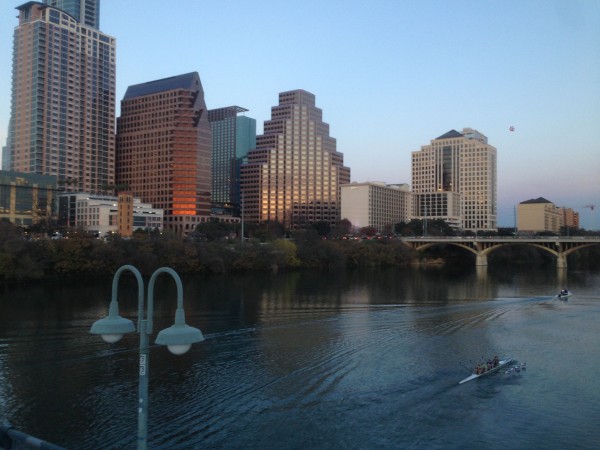 Riding back towards Austin near dusk. 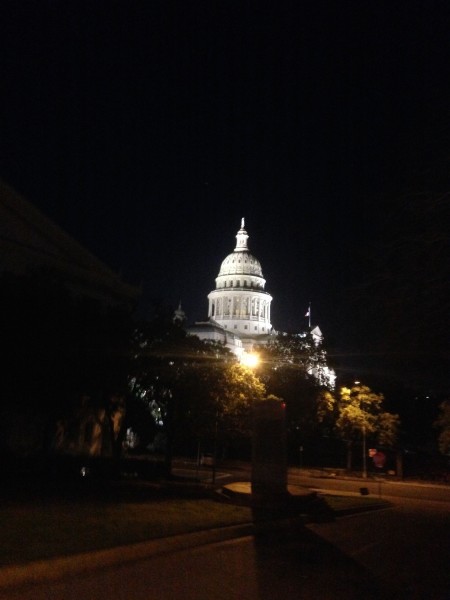 It was dark by the time I got by the Capitol.