We made it Austin sort of late last night.  Pretty much just in time to go to bed.  Today it is supposed to be the stellar day for the next week.  It is supposed to be nearly 65 today and then half that and rain/snow on the weekend.  So Bill and I are going to go and ride all day.  I’m not sure what Vincent is doing.  He is racing the single speed race tomorrow afternoon.

Speaking of the single speed race, here is what Vincent is planning on doing tomorrow.  Think it will work?  He only brought one bike, a Di2 regular cross bike.  So he is planning on just removing his battery, thus disabling his shifting, making it a single speed.  Personally, if I were an official, I’d let him race, but I’m not an official, so I’m thinking that he is going to be watching.  It is just the same as not have a cable and blocking off your gears, but for some reason it seems different.  I guess, if he was a real devious guy, he could carry a battery in his pocket and then put it back on during the race, but you’d think someone would see that.  It is the Nationals Championships though, so I’m sticking with my original guess.

Bill and I only got to bring one bike each, since Vincent’s new Sprinter was stuffed full of bikes from Denver.  We both brought our cross bikes with cross tires.  That isn’t going to stop me from riding west out into the hill country.  I figure it is just that much extra resistance.  I have only ridden 7 miles so far this year, so I plan to increase my mileage at least 10-fold.

I’m hearing from the other side of the room right now that Vincent is planning on riding all day too.  He says that he came down here to race as an excuse to come somewhere warm to ride.  That isn’t how I have ever thought at Cyclcross Nationals, but it will be nice having him on the ride.

Okay,  CNBC shows that oil prices are dropping like crazy again today.  I’m thinking that the prices are going to drop into the 30’s before it goes back up to the 70’s.  It seems to me that the US is beating up Russia right now through economic means, thus oil  Whatever the reason, it is great for getting around to bike races this year. 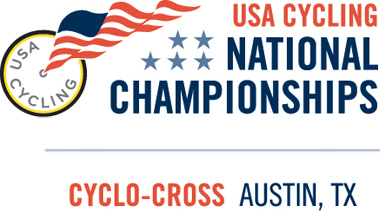 33 thoughts on “Gonna Ride All Day”