Vincent showed up late last night with his new Sprinter loaded to the gills with bikes, ready to head to Austin.  He’s taking a bunch for some of his team mates from Denver.  I was planning on bringing, maybe, 3 bikes, but now I think I’m down to one.  One is enough.  Just a cross bike with tubeless clinchers on it.  I’m not racing, so it is good for both on and off-road.  I was hoping to bring a MTB bike too for riding on the Green Belt, but don’t think there is going to be enough room.  Go figure.

I haven’t packed anything at all, but I’m not brining much.  Some warm clothes to stand around in and cycling stuff.  What else do I need.

Okay.  Bill is now going, so we need to head over there and get him.  Maybe I’ll update this on the road.  Vincent is itching to get moving south. 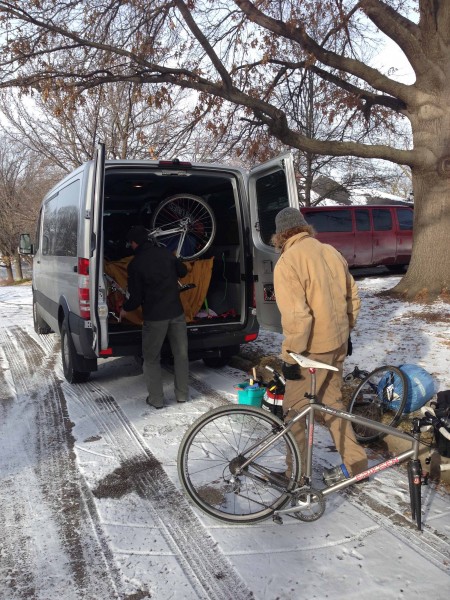 One thought on “Texas Bound”