Yesterday was a strange day.  It started pretty tame.  We got loaded up after spending a great week with Dennis, getting in some great skiing and nice walks in the woods.  Bill, Trudi, Bromont and I were all in my van, with Bill’s car at the MSP airport parking, left there by the Walberg’s, who left on New Year’s Day.

We stopped in Spooner, at Alley Cats Coffee, then headed south to Minneapolis.  We didn’t have any problem finding Bill’s car and then we kept going south on I-35.  I had been trying to get ahold of Michael Fatka, since we were driving through Ames around dinner time, but hadn’t been having much luck.

About an hour North of Ames, Trudi’s phone rang and it was Ed Bauman, the guy that pretty much got me into the sport of bike racing.  Ed lives in El Segundo, CA, and is about as hard to find as a Ivory-billed woodpecker sometimes.  Ed had been MIA for a couple months and it was good hearing his voice.

Then about 45 minutes later, Michael calls, right when we’re at the Ames interstate exit and tells me Tim Hinz, a good friend and former Levis team mate, is in Ames too.  So we arrange to meet them at Panera and exit.  Michael showed up a few minutes later, then Tim.

It got me a little worried talking to Ed, seeing Michael, plus Tim, nearly the same time.  I’m just a little superstitious, enough that something felt either in align or misaligned, I wasn’t sure.  But, it seems like a weird trifecta of odd occurrences.  We sat there about an hour talking and then headed south.

I knew the weather was going to get bad.  I got a text from Vincent saying that I-70 was closed, nearly the whole way across the state of Kansas.  Luckily, we weren’t driving on it much.

Just about at Kansas City, about an hour from my house, it started sleeting pretty good.  Plus, the temperatures was hovering just around freezing.  Pretty soon, it was all out snowing with the temperatures plummeting.  Pretty much all the way from Kansas City to Topeka, on I-70, it was ugly.  I’m not sure how slick it actually was, but it looked pretty icy.

Exiting at Topeka, it became apparent how bad it was.  It was solid ice with a thin layer of snow on top.  Any little hill became nearly impassible.   Bill crept to our house to get his stuff out of the van and then headed home.  It was around 11:30.  I felt super stressed out, my shoulder and neck muscles were toast.   I was super happy I didn’t have any farther to drive.

It took a little bit to empty the van in the snow.  I then went down to the building to shovel and put salt on the sidewalks.  I’m not big on throwing a bunch of salt down, but it was solid ice under snow, which makes for pretty horrible footing.  I finally got to bed around 2:30am.

We’re here for a day, then driving south to Austin with Vincent.  That is, of course, depending on whether Vincent can get here from Denver today.  I’m sure I-70 is much better than last night, but it can be pretty ugly in these conditions.  Vincent has a new Sprinter, which, I assume, isn’t that great on ice in high winds.

Okay, I’m hunkered in for the morning.  There is a cyclocross, The Soudal Classic at Leuven, live in an hour, at 8 am CST.  .  Click here for the links.   KU is playing basketball later this afternoon.  I might ride inside during the game.

Other than that, I”m just going to sort and wash some clothes, then repack for the next week in Texas. 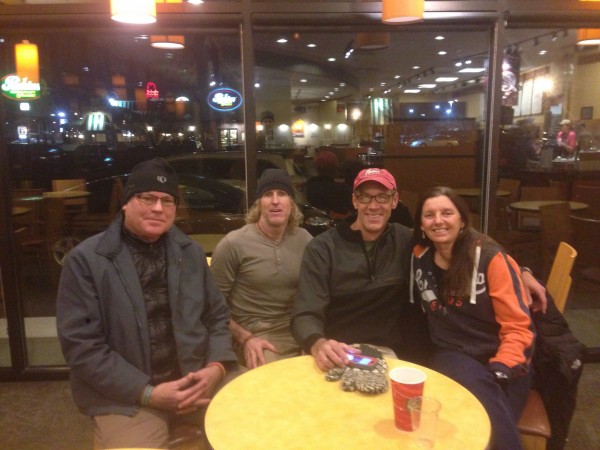 The gang back together at Panera. 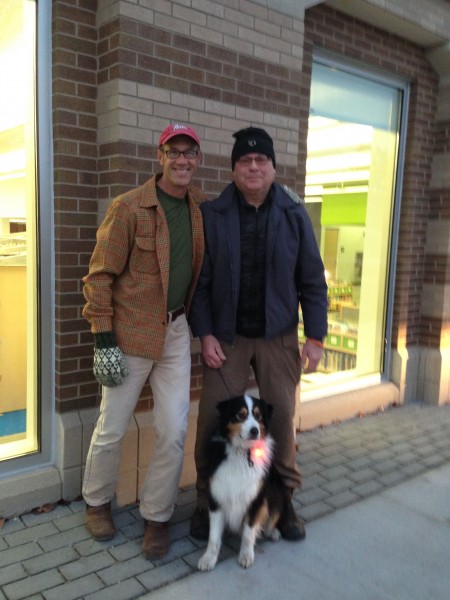 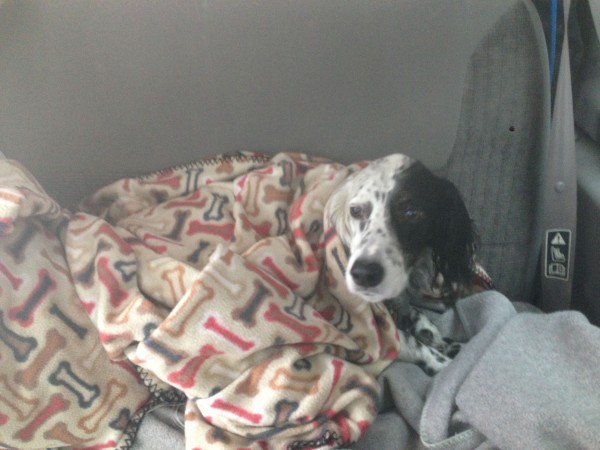 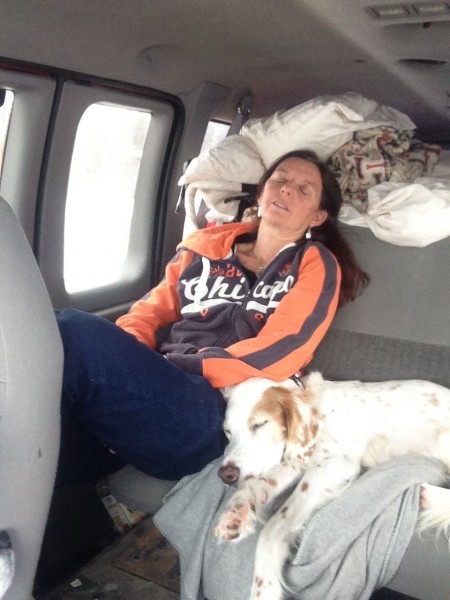 Trudi and Bromont were tired from their morning romp in the Northwoods. 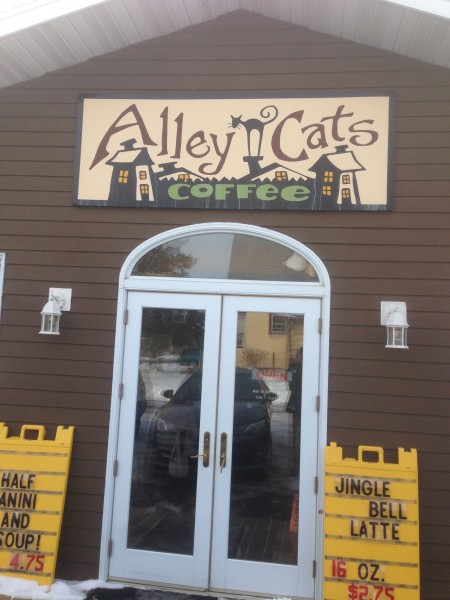 Alley Cats, my all time favorite coffeshop, in Spooner, Wisconsin. 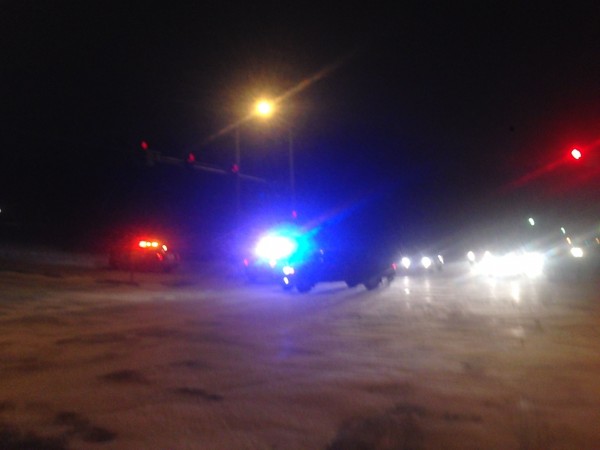 Upon arriving back in Topeka, it was super ugly.