That isn’t a question that you want someone to ask you.  And that is a question some PT/massage therapist asked me out of blue yesterday when I was skiing from the North End to Hayward.

It all started great.  We had a plan to meet up with Stacie and Karl, then head south to Hayward.  Trudi was going to drive the van down there and ski North.  The snow was pretty great, which means stable for me, and the k’s were going by pretty quickly.

When I got to OO, I was a few minutes ahead of Bill and Karl, so I went into the warming hut to try to stay warm.  I was sitting there, just for a couple minutes, when they showed up.  A guy in the warming hut knew Karl and started talking.  Then his buddy started talking to us.  He was saying that there was a fatbike race going on and that it was 100 miles long or something.

Next thing I know, his eyes get a little big and he just reaches over and grabs my shoulder.  He says that it’s the worst shoulder he’s ever seen and wanted to know if it “even worked”.  He asks me if I could ski.  I say to him that it’s been doing pretty good here and ask him what he sees that makes him concerned.  He said it was pivoted wrong and folded in.

Anyway, he pushed around on my back alittle and once again said he was amazed the shoulder even worked somewhat.  That was kind of depressing.

He sent me a text with a phone number of some guy in Texas that is supposed to be a shoulder God physical therapist.   I thought I was past that point.  And in reality, I thought my shoulder was working pretty great, considering.

The IPC Nordic World Ski Championships (Para Skiers) is in 3 weeks here in Cable.  Skiers from 18 countries are going competing.  I’m wondering if I’m crippled enough to compete?  Probably not I guess.

Anyway, it gives me something to think about.  I have to say that the skiing the last week has been exactly the right thing I needed to be doing for both my shoulders and hip.  Everything has held up pretty great and nothing was aching much.  We skied over 40 km yesterday and it felt pretty easy.  I wasn’t really tired and felt pretty good.  It is amazing what a little grooming will do to make the conditions a lot easier.

We’re packing up and heading south today.  It is supposed to be cold everywhere, but really cold here on Sunday.  Like a high of -8 and a low of in the -20’s.  Plus, we need to start making our way down to Austin for cyclocross Nationals next weekend. 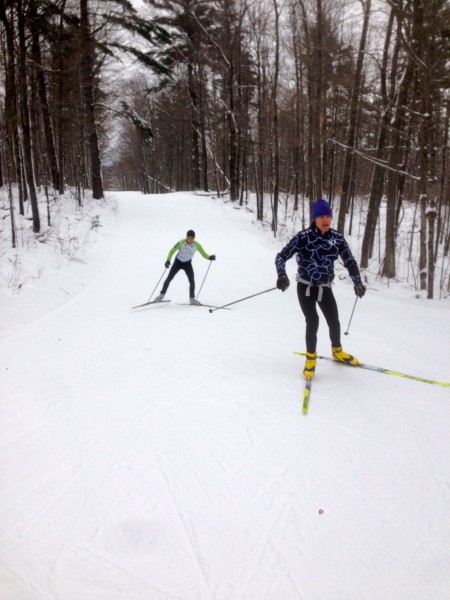 Karl and BIll skiing up to the high point on the Birkie trail yesterday. 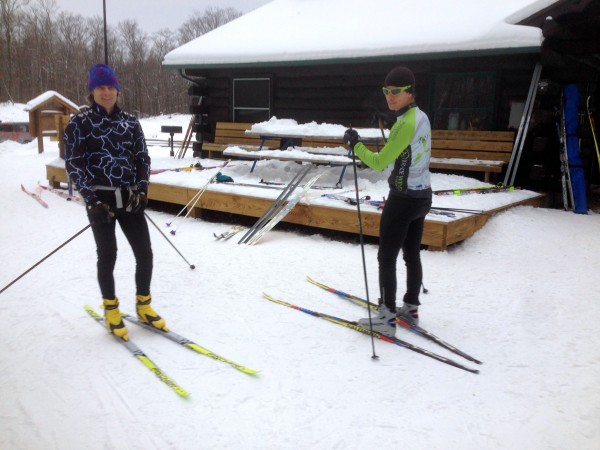 And hanging at OO 1/2 way through. 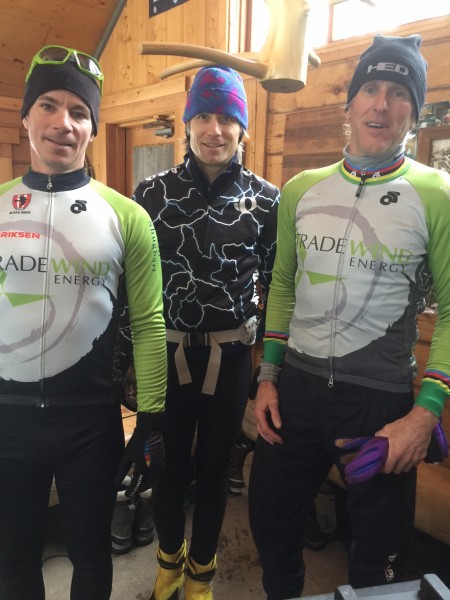 At the North End warming hut before we left.

9 thoughts on “Does that Shoulder Even Work?”