So, first day of the year.  Sometimes it seems that time just flies by and other times it just drags and drags.  Last year did both those.  It seemed to drag when I was hurt and flew by when I was doing fun stuff and travelling.  That doesn’t seem right or fair.

I need to go out and ride just a bit today.  It is nearly mandatory that I at least pedal a bike some on the first day of the year.   It is supposed in teens today, so it isn’t hot by any means, but it ain’t -25 either.  We’re going to stay up in Northern Wisconsin for a couple more days and then make our way back to Kansas and then Austin for cyclocross Nationals.

I’m so far removed from cyclocross right now I’m pretty excited about going.  I purposely didn’t renew my license, just in case I get a wild hair and want to race.  But, with this new electronic licensing, I guess that won’t really be a problem.

Last night we went over to Jeff Bradley’s house for some snacks and hang.  We came back to Dennis’ and headed out into the woods for our annual New Year’s hike.  We didn’t need snowshoes this year, which was great.  It was 40 degrees warmer this year than last and it was still in the single digits.  We made it out to the Hemlock ridge right about midnight.  I like being out in the middle of nature at memorable moments in time.

I was thinking about how New Years is just a way that humans keep try to keep track their time and that it doesn’t apply to any other animals.  It is just business as usual for the rest of the life forms on the planet.

There is going to be an exodus today with the Walbergs flying back to Seattle this afternoon, from Minneapolis and Parker, Trudi’s nephew, driving back to Chicago.  I’m going to try to do a long ski, probably from the North End to Hayward.  I only have a couple days left to ski and I think it is doing wonders for my hip and shoulders.

Okay, hope you all have a great New Year! 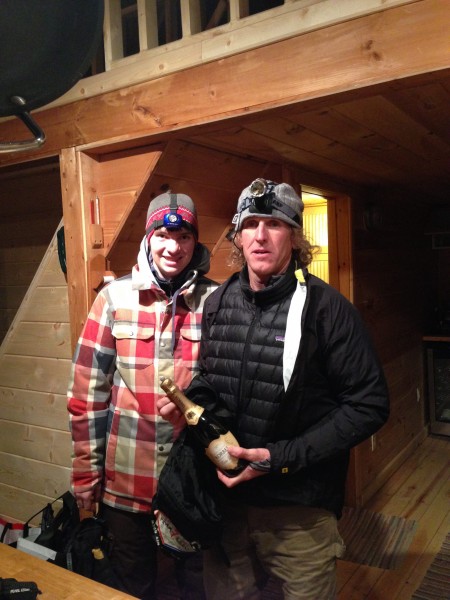 Me and Parker about ready to head out last night for the New Year’s hike. 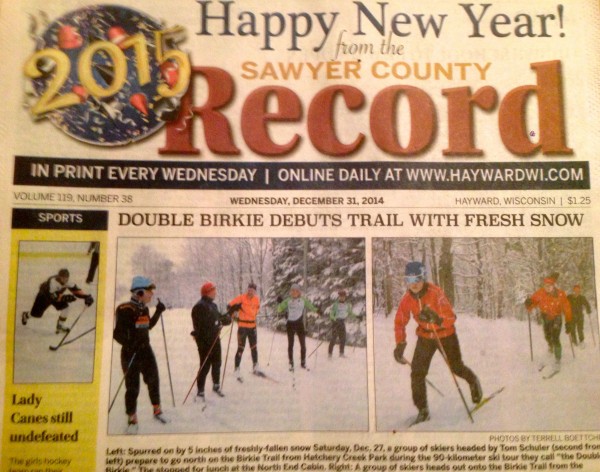 The long ski made the front of the local paper yesterday. Bill and I happened to be standing there. I wonder if we’re going to get some photo bonuses for the exposure? 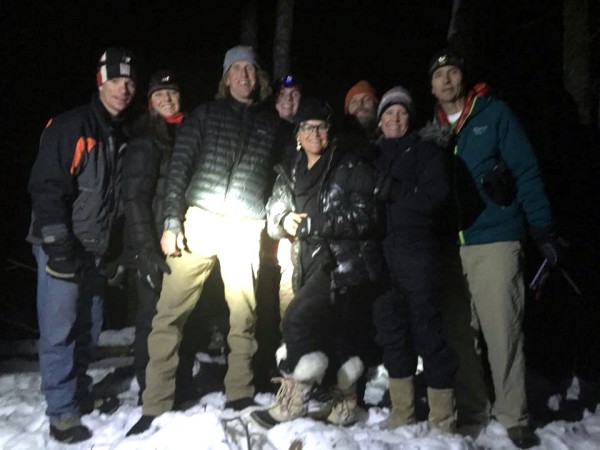 The gang at midnight up on the Hemlock Ridge. 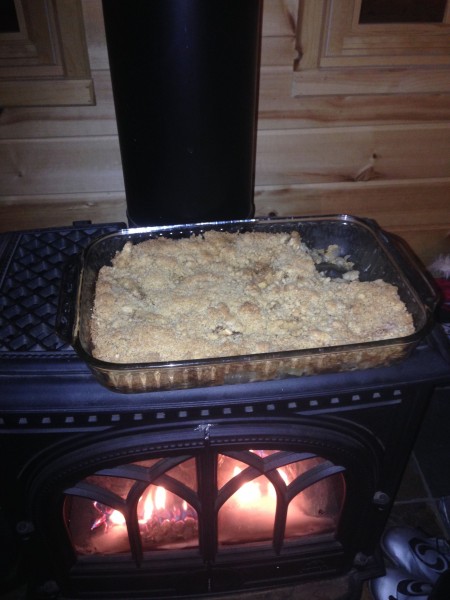 Stacie made apple crisp for after the hike. Nice way to keep it warm. 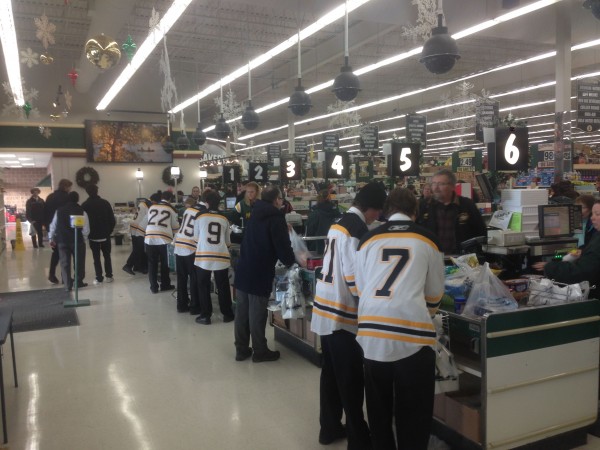 The highschool hockey team was bagging groceries at the local grocery store in Hayward last night. 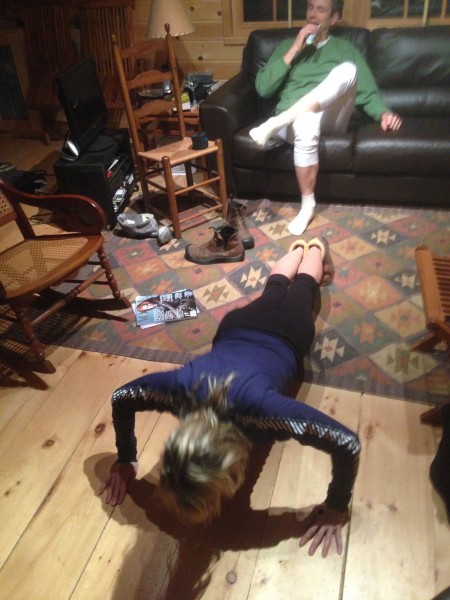 Catherine decided to do 30 pushups at 2 am last night, while Keith was brushing his teeth. 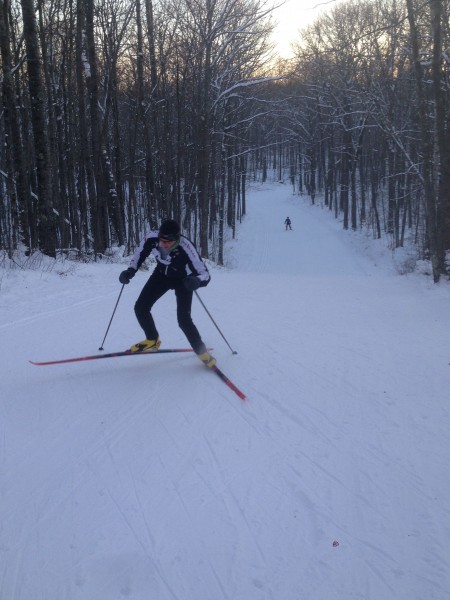 Keith skiing up the last big hill coming towards OO from the South.