By the time most of you are reading this I most likely will be skiing.  Or maybe not if you’re on the east coast.  I think the Double today is going to be around 80 km, both directions of the Birkie Ski race.  I stopped on the way up, right after dark and skied a lap under the lights.  I really didn’t have much pain at all in my hip, so I’m going down to the start with the intention of skiing the whole day.

We got up here in time to have nice dinner at the Rivers Eatery.  There were a bunch of friends from all over the country having dinner, so it felt familiar.  Most these guys I’ve raced bikes with, but a few I’ve only met through skiing.  It really doesn’t matter, we’re all one now.

I didn’t wax my skis.  I hardly ever do.  They are a bit white on the edges, but the chances of me making them any faster by applying wax is questionable.  I’m just going to go with what’s on them, which I have no idea.  It is supposed to snow around three inches tonight, but maybe Chris Campbell might be out late grooming, so there is a chance the trail will be corduroy.  If not, it will just be more stable for a ski hack like me.

Okay, probably need to get dressed and moving.  It is so hard to dress from an activity in the cold when you haven’t been doing it for awhile.  Layers is the key I guess.  It supposed to be in the low 20’s so pretty warm for skiing.  Should be nice. 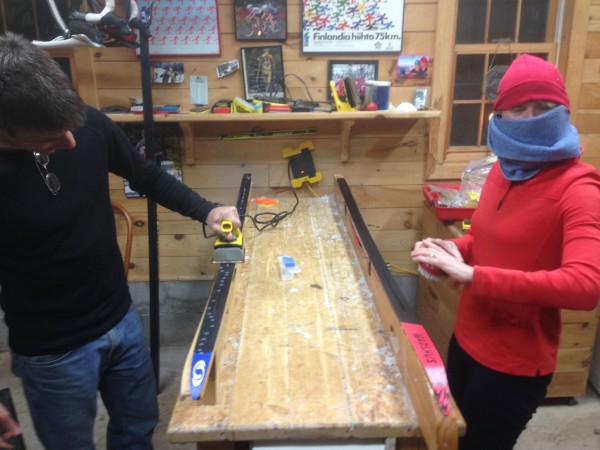 Bill and Catherine decided to wax late last night. Catherine here is looking like a waxing terrorist. Her thought was the towel would protect her lungs from the smoke from the wax. I didn’t think so. 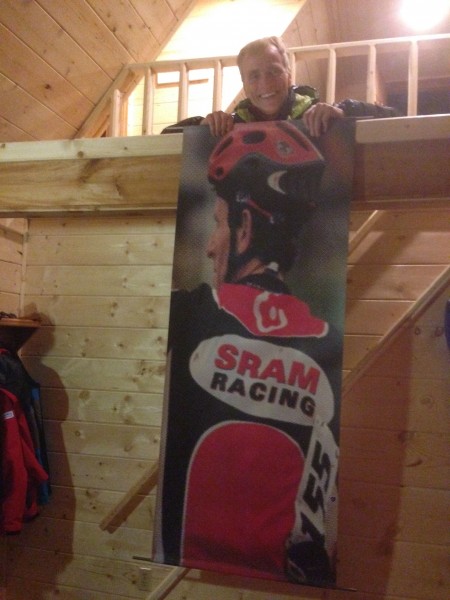 I guess Sram is moving offices and they had this sitting around and gave it to Pete Caron to bring up to us. That is me a while ago. 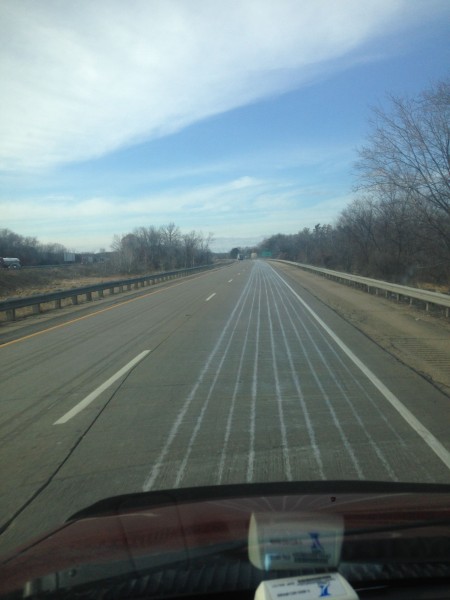 I got behind the truck that was applying this brine liquid to the road. I’ve never seen the actual truck before. I heard they were using the liquid from making cheese, but I can’t confirm that is the case. 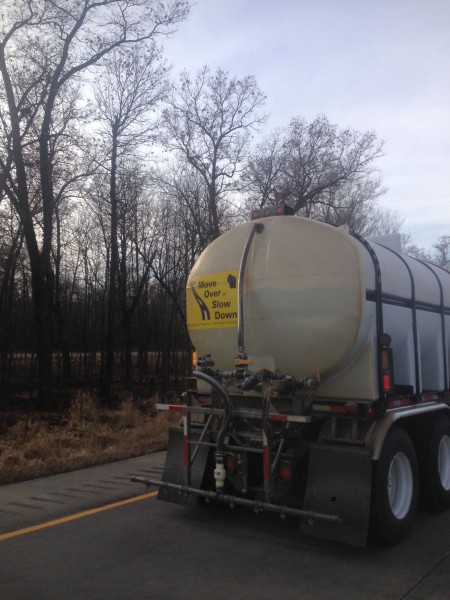 Here is the truck with the liquid.

One thought on “Double Birkie Day”