I’m sitting at the Starbucks across the street from Trudi’s mom’s house in Mount Prospect, Illinois.  It never ceases to amaze me the mass of humanity in big cities.  It is like a 10 minute wait here for a cup of coffee.  Everyone is wearing black The North Face jackets and there are a huge amount of black automobiles parked outside  too.  I’m not sure what that is all about.   I know they are very hard to keep looking clean.

Anyway, it is an interesting change.  I’ve done it a ton, but only a few days a year, so it doesn’t get too overwhelming.

The drive last night was good.  Tailwind, which is nice.  I didn’t have to fill up once, at 600 miles, so I got pretty good mileage.  I have all these Kroger fuel points I’m planning on using on this roundtrip, so I have $1 a gallon discount off 35 gallons 4 more times.  There is a Kroger affilliated grocery store south of O’hare airport, so I’m going to go by there today when I’m out shopping.

We stopped in Iowa City to meet up with Michael Fatka.  Some of you know of Michael, no one really knows Michael.  I probably do better than anyone else and I still don’t.  He was there doing some doctor’s appointments at the University of Iowa, so it worked out pretty good.  He didn’t initially show, which is normal, some car malfunction.  Eventually he made it over to a Noodles, where we ate, and we sat there for an hour or so.  I am trying to talk him into coming up to Cable the day after Christmas, but I’m not sure where I got with that.  He is sometimes hard prying out of Ames.

Of course when he went to start his car, actually Bill’s car, a Subaru Outback, it wouldn’t start.  I could hear that it wasn’t getting any power to the starter, so figured either the alternator was dead or the battery had a problem.  We popped the hood and there was corrosion all over the battery terminals, plus the negative was loose.

I forgot I’d thrown in my toolbox, I didn’t think I had a wrench.  It turned out that I had the perfect tool.  It was Andy Hampsten’s Craftsman 10mm/11mm open end wrench.  I found it a couple months ago and put it in my toolbox, making sure I give it back to Andy next time I see him.  I think must have had it for decades.  I bet that Andy has needed this tool 100’s, if not thousands of times.  A 10 mm is the #1 bolt size on a VW and he has an old bug.

Anyway, it seemed like Kismet that I was using Andy’s tool on to fix Michael’s car.  Andy and Michael go way, way back too, since Andy was in high school.  I happened to have the vinegar that Trudi poured on my cement burnt fingers in Arvada in the door of my van too.  So, we poured the vinegar on the terminals, cleaned off the corrosion and, voila, it cranked over great. So, we said goodbye and headed east.

I’m headed out into the masses now.  It is supposed to snow up to 7 inches around here, starting mid day.  That is going to really cut down on riding outside later.  I have the trainer, so maybe I’ll get a chance to try it out some.

Okay, hope everyone is further ahead in the shopping process than I am.  If you’re not, you’re probably in trouble and shouldn’t be reading this.  Have a nice Christmas Eve! 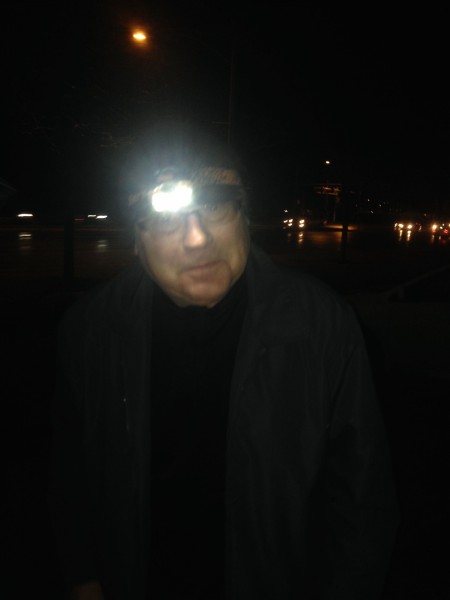 This is a great photo of Michael. It fits his personality to a T. He’s kind of elusive, hard to make out, but has a light about him. 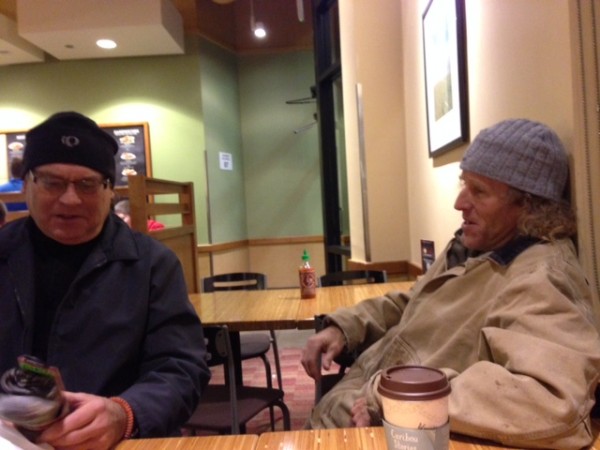 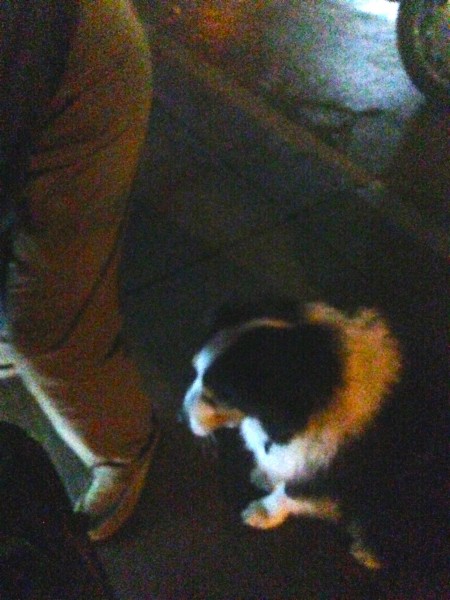 Michael got a new dog, Pete. He’s is an Australia sheppard. Very cute, obedient, and loyal. 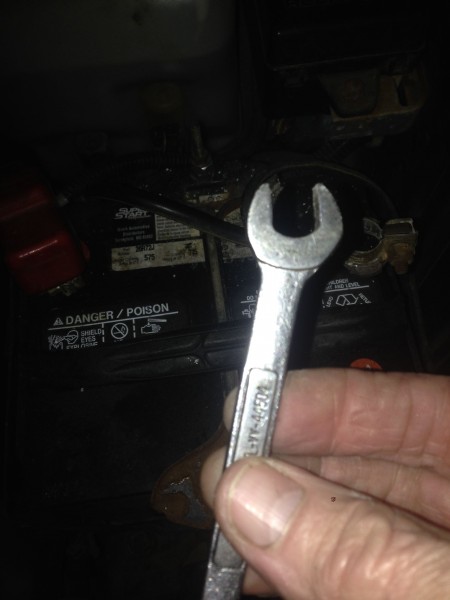 Andy’s tool. I know it’s Andy’s because he put his initials on it with a Dremel tool. Quiz of the day-what are the initials on the tool? 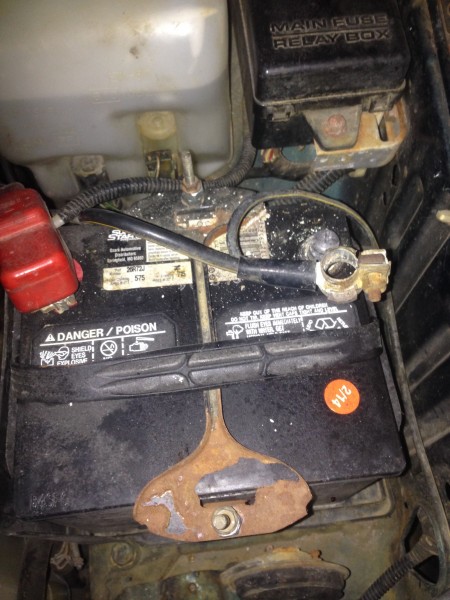 Bad battery, bad.  Everytime I meet up with Michael I have to fix something on his car.  For decades.