Yesterday, at 5:03 pm, was officially the Winter Solstice, so today is the first full day of winter.   It’s kind of strange thinking that it was really just fall yesterday.  But, the upside is that the days are getting longer.  Sunset in Topeka last week was 5:00pm and now my Garmin is saying that it is 5:03 pm.   I’m not really ready for a winter and, for sure, don’t like it getting dark so early.  For some reason it seems to make my day less productive.

I’m itching to get back to training full-time, but I’m still tweaked in a few different ways.  I’ve kept a pretty positive attitude, I think, but a few thoughts of doubt have been creeping in recently.   We’ll see.

I got in around 100 miles in last weekend.  It wasn’t really warm and was sort of breezy, but it was nice getting riding some.  Jason Sager, a MTB racer I‘m known forever, was driving through from Utah on his way to Louisiana for Christmas.  He met up with our group and did 50 miles yesterday.  I haven’t seen Jason for a few years, so it was nice catching up some.  I’m planning on doing some epic MTB adventures next year and Jason might be the most travelled MTB racer in the World, for sure the US.  He travels all over doing the weird epic MTB races.  He’s been to Mongolia, Poland, Chile, nearly every endurance MTB race on the planet.  He has skipped Leadville, which is a positive mark.  He is a wealth of knowledge in this respect.

I’ve been trying to get Vincent’s van up to speed for the big loop starting tomorrow.  We’re heading up to Chicago for Christmas, then driving the day after to Cable for the Double Birkie ski on the Saturday after Christmas.  I’m not really going to know if I can ski until I actually strap skis on and try it.  I very much doubt I’m going to be able to ski 90 km the first day I ski, but I’m hoping I can ski some.  My body needs the motion that nordic skiing offers.

Anyway, Vincent jerry-rigs nearly everything he owns.  Usually improving the performance of whatever he’s messing with, but he is the only guy that knows what he did.  And he gets bored with it eventually, thus it’s uninteresting to him, so he disregards it.  That means that no one has the knowledge of the “fix”, so it is sort of a puzzle.  Last night I was replacing fuses, trying to get the power outlets and interior lights working.  Today I’m putting on snow tires.  Big vans handle like shit in the snow, but Vincent says that the snow tires are a big improvement.

I have to go over to Lawrence this morning and clean up a little at the tiling job I’ve been doing over there.  It looks pretty good, but there is still some stuff to do there.

We’re going to stay up in Cable until after New Year’s, then head back to Kansas and keep going to Austin for cyclocross Nationals.  Vincent is driving there from Denver too, so we haven’t figured it out whether he’s coming here and we’re all going down together or we’re just meeting up.

Bill thinks I should race, he says I’m fit enough, but no, I’m not doing it.  For sure I could pedal around Zilker Park on the grass for an hour.  But, any quick movement, unexpected movement, could be a big setback for next season.  It just isn’t worth it.  I’d like to get back as close to 100% as I’m going to be racing cross unprepared isn’t a good way to try to attain that goal.

Okay, spring is the next season.  Just a little under 3 months until.  I think the next month is going to fly.  The holidays, then cross nationals and it’s only a bit until February.  Our normal highs in January is around 40, so it’s not that bad around here.  Not saying that it can’t be -15, but the average high is barely below 40, so it’s  pretty okay normally.

Only 3 shopping day until Christmas?  I haven’t shopped yet.  Pretty normal for me.  I’m not a big shopper.  I don’t mind shopping, I just don’t do it.  I was thinking a couple days ago that I don’t really just need anything.  I have about all I really need.  Of course, there are things I’d like to own/have, but don’t really need anything.  I’m very fortunate and appreciate it daily. 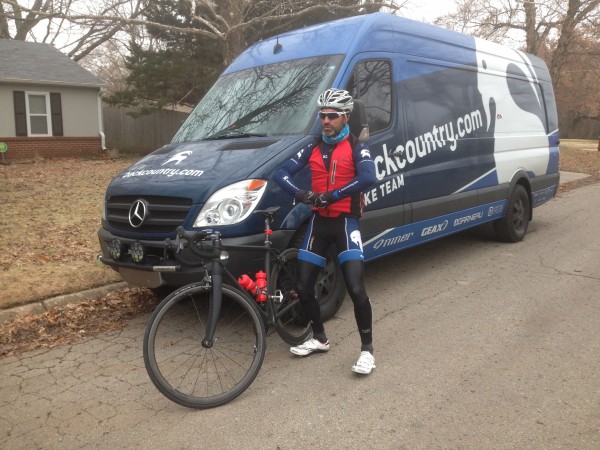 Jason, doing a little post ride posing. He had 12 more mores to drive after the ride. I bet that hurt. 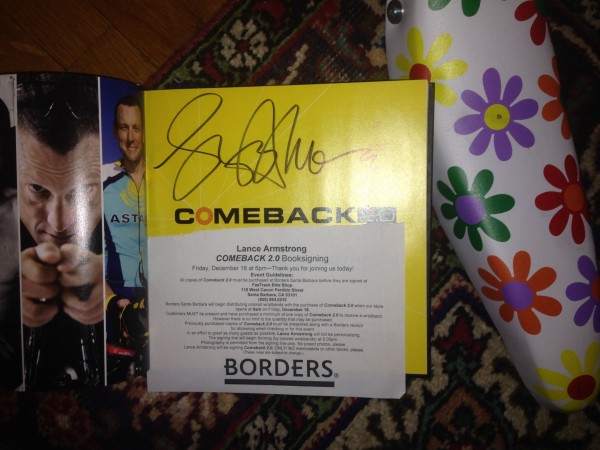 The bike club had a Christmas gathering on Saturday. We do a gift exchange thing. Bill ended up with these, a signed Lance book and a banana seat. He said the seat was more valuable. Funny how a signed Lance Armstrong book can end up in a gift give away now. 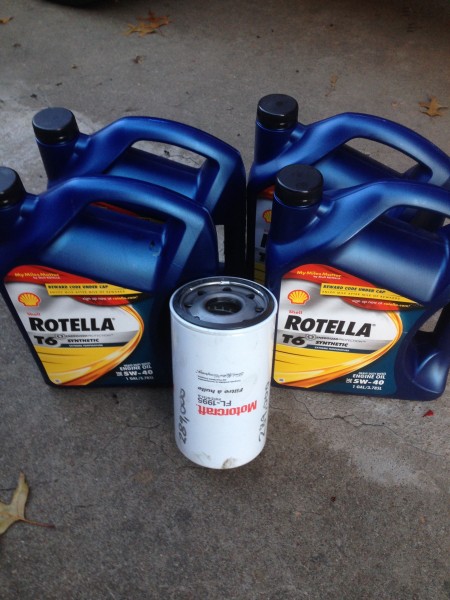 I changed the oil in the diesel van. 15 quarts. The filter nearly holds a gallon. 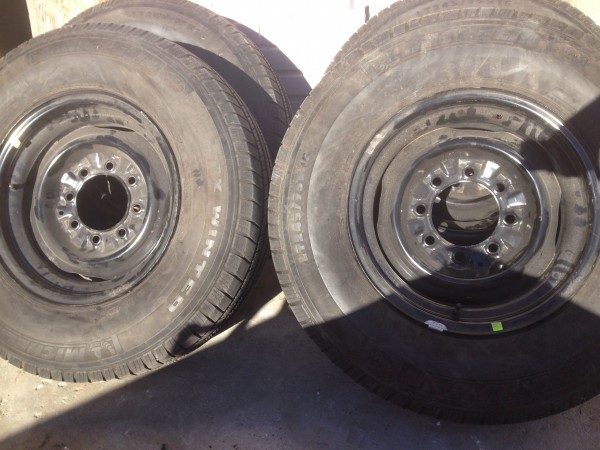 I have to put on these later today.

If you’re a little bored, with some extra time on your hands, maybe try this.  It only takes less than 3 minutes for this guy.  Pretty amazing.

17 thoughts on “Days are Getting Longer”