Okay, the crumudgeon Velo interview, and a few other observations related to it, got me thinking about why all this doping has rubbed me so wrong.  And why I go off on rants because I’m sick of all these guys just “rubbing salt” into wounds that all the dopers opened themselves.

Lance is right, doping in cycling has been going on forever.  Probably since the start of the sport.  For sure during 6 days racing days, and nearly always on the road.  My whole “career” for sure.  So, when he says that I should just accept it, he has a point.  I readily joined this sport, not knowing full well, but cognizant that I would be competing against athletes that cheat.  And that is what doping is, cheating.

When I first started racing, it wasn’t such a big deal doping.  At least to the organizations that govern the sport and to the other riders.  I think the first offense penalty was 2 weeks, maybe it was 4 weeks.  And you could test positive a zillion times and it wasn’t a problem.  And I guess that didn’t change much.  The riders kept doping and the powers turned a blind eye.

The problem was the drugs got better and better.  They made the rider so much better that it made it obvious.  At least to a rider that wasn’t doping.  It wasn’t so obvious before EPO, blood, HGH and/or a mixture.  Guys like Fignon and such, just taking steroids, were okay good, but not amazing.

I’ve raced against a ton of, what the cycling public, considers world class bike riders.  I’m not even sure how many Tour winners I’ve competed with, alot.  Okay, I just looked it up.  Zoetemelk, Fignon, Hinault, LeMond, Thevenet, Lance, Floyd, Roche, Delgado, and  Cadel. And I’m not sure about Riis or Indurain.  They could have been in some races I did in Europe, before they started beating up on everyone.   So, that is at least 10 guys, maybe up to a dozen guys that won the race.  And nearly every guy that has won the MTB World Championships and Olympics.

So, I’ve got to witness what a cyclist has to be able to do to win the most important bike races in the world.  And most of these guys, were just guys.  Good riders, for sure, but not one in a billion.  (Excluding LeMond, he was the chosen one.)

Anyway, sometime in the early 90’s, that all started changing.  Luckily for me, the money on our side of the ocean, had switched from road racing to MTB racing.  So, I was racing MTB full-time and only racing on the road about 50% of the time.  But when I did do a big road race, here and in Europe, it was just silly.  Guys climbing off their seats for minutes at a time.  The same guys attacking in their big rings, straight  up a wall.  The new drugs, made these guys into supermen.  It made competing nearly impossible.

This switched to MTB racing soon after.  Whole teams of guys from Europe, all of a sudden, would finish five guys in the top 10 of a World Cup.  Then the Canadians started doing the same, back here in North America.  It was such an insult to us, the US MTB riders.  MTB racing was a homegrown sport, one where integrity was nearly written into the rule book.  You had to carry all your equipment and fix your bike.  But all of a sudden American riders were just shit.  And being shit makes it so no one will pay you to travel around the world to race.

One of my worse experiences for me in cycling was sitting in a doping control after winning a stage of Nature Valley, soaking wet and cold, and have Nathan O’Neil and his Healthnet team director, Jeff Corbett come in, late, 2 hours after the race was over, and start giving me shit about how I was racing a night criterium in a crazy thunderstorm.  Here is O’neil, who I am positive is taking drugs, telling me how I should be racing bikes.  And Corbett, the first thing he says as he walks in is “Race of you life, huh Tilford?”  It was so dismissive.

It really didn’t bother me so much as it was happening.  And I don’t dwell on it when I’m training and normally at races.  As I make observations, I don’t call guys out then and there.   I wait until they eventually get popped or are outed.  This confirms the observations and then it starts making you mad. Disappointed is probably a better description.    Disappointed in myself for not being more vocal the whole time.

Ryder Hesjedal and all his Canadian buddies fucked up MTB racing here in the US.  Nearly all the European guys that came over then were doping too.  Michael Rasmussen, Jerome Chiotti, and tons of others came here and took our sponorship money and won our races.

Then all the foreigners, that our domestic teams readily hired on the road.  The Nathan O’Neils and Ivan Stevics.  Plus, all the then, domestic Americans that followed the path. Tom Danielson, Kirk Obee, Phil Zajicek, and the list goes on and on.

And there still are a ton of them riding around now.  Each and every race.  These guys, that are arrogant, and have brought unbelievably dangerous tactics into criteriums, but are doping to control the races.  It’s a joke.

I am nearly embarrassed that I have to admit it has been going on forever.  Alexi admitted he was doping, even when he was a junior with me.  The first international race I did in Europe, on the US National team, was full of a bunch of guys that eventually confessed to doping.  Fignon was one of them.  I was replaced on the Specialized MTB by European riders that doped.  I lost a National Criterium title to Kayle Leo Grande, who doped.  And this has been the case ever since.

Every, and I mean virtually every race I do, still, there is at least one of those guys that is super charged.  It doesn’t matter if it’s a local criterium in Southern California to a NRC race in Iowa or Tulsa.  There are still nearly whole teams of guys that are doping, here in the US.

Then we have the international road and MTB scene.  Do you realize the Festina doping scandal was in 1998.  That was 16 years ago and nothing has changed.  Well, something has changed.  It has been driven underground and the politically correct way for current road pros to deal with it is by saying that we need to believe now, because this is a new generation and that was the old generation.  But, they are full of shit.  Each and every week a new guy get busted for doping.  And these aren’t the guys that are smearing everyone on any level.

These doping guys don’t have the right to make guys like Greg LeMond look like he was just another bike rider.  He wasn’t.  Everyone recognized it.  That is why Bernard Hinault flew over to the United States to recruit him.   That is what makes the whole thing hard to read.  Knowing there are Greg LeMonds out there, makes it hard to say that someone is doping for sure.  But there are 100’s of Greg LeMonds riding around now.  It just isn’t right.

Plus, we just keep loving these guys once they get “caught”.   We go to their Gran Fondos.  We watch them on TV and listen to what they say.   The sponsors stay the course, never seeming to put their mouth and money at the same place.  It is depressing.

I don’t regret much of what I’ve done in the sport.  I’ve really enjoyed the whole experience.  Of course, my experience would have been a whole lot different if this doping plague hadn’t been ongoing.  I just moved from discipline to discipline and enjoyed the lifestyle.  But, I did get to experience cycling before the whole scene got so polluted.  I know a bunch of new, young, good riders.  Friends that I’m trying to help make their way.  And I want them to be able to experience the sport in its puriest sense.   This isn’t an option for them now.

When I turn on the Tour de France, I don’t want to be watching WWF fantasy bike racing.  And that is what we’ve been watching for years and years.  You won’t believe how much better the sport of “real bike racing” is.  It is way more exciting.  Way more human and emotional.  We don’t need to watch these doped robots ride up and down mountains.  If it’s not believable, then it’s not exciting, thus not interesting and a waste of my time. 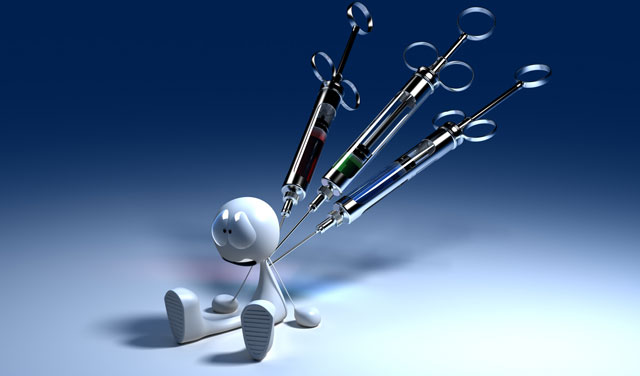