It’s time for the honest riders in the sport of cycling to just say fuck you to the UCI.  It is a joke that they issued the Astana team a UCI Pro Tour license, a day after it was reported that the majority of their team participated in a systematic doping program.

We just don’t get it.  The powers at be in the sport really don’t give a shit about the health of the sport or the riders or really even the fans.  All they care about is the money.  Even Bernard Hinault says it’s all about the money.  And the Astana team brings in a ton of money to the sport.

Here is a doctor that has been banned from the sport receiving, reportedly, 30 million Euros for currently doping cyclists.  And no one seems to really care.  At least the people that seem to have the power to do something about it.

“The problems in this team are also in many others. I don’t think our team is the worst because in other teams there are worse people than there are here, I won’t name names.  There’s Mafia in Sicily, as in the rest of the world, but that doesn’t mean we’re all gangsters. As cyclists we’re always trying to show transparency. I’ve always practiced clean cycling and I will continue to do so.”

Wow, I’m not even sure what to make of that.  A report came out that said 17 riders on his current team are associated with a banned doping doctor and he says that.  So, he is implying, by his personal observations,  that “many other” teams are worse than his.  This is without a police investigation into these other teams, just Vincenzo’s personal views from his observations and interactions.

It is unbelievable that the current Tour winner could be so dismissive of something as important as this at this time.  The sport is in horrible shape, using Nibali’s beliefs.

The UCI licensing commission stated – “[The team] has initiated a reorganization of all the support personnel of its riders in order to strengthen its fight against doping within the team to ensure greater prevention and repression,” the commission wrote.  “In view of the heavy and repeated doping cases, which occurred within the Team, it is therefore essential to monitor the implementation of such measures on the ground.”

So, here’s a team that has been shown to have a systematic doping program set up and that the UCI is granting their license because Astana has agreed to “strengthen its fight against doping”.  What fight against doping?  It is contributing to the ongoing process of doping.   I don’t really think there is a fight going on anywhere at this point.

On another note, it’s so nice to see that United Healthcare just signed  Janez Brajkovic to race for them.  Janez has ridden the past three seasons for Astana, and the previous 6 seasons for Johan Bruyneel’s Discovery and RadioShack teams.  Maybe UHC can get a few more of Bruyneel’s guys or Astana’s rejects to come mess up our racing over here?

When Janez was asked about the Astana situation, a team he has ridden for the past 3 seasons, he said, “I’m not going to really think about it a lot. I think there are people in cycling that are deciding what to do, what not to do, how to sanction them. My job here is to deliver for this team now. I’m going to focus on this.”  Pretty profound.

I’ve been getting a few emails and messages from friends.  Friends that ride for UCI Professional teams here in the US.

Here are a couple-

“Steve, What the fuck?  Can you believe they gave Astana a license?  Who is paying these guys to govern our sport?  The whole thing is a joke.”

And another – “So when do we get to say, “fuck the UCI”?  We won’t start a race with dirty cheats in it.  If the other Pro team are really racing clean, Why would they ever start a Pro tour race with Astana in it?”

Anyway, I’m thinking the whole thing is a shame and that we, once again, are just nothing.  And by “we”, I mean all the bike racers that aren’t riding on UCI Pro Tour Teams, plus all the fans of the sport.  Maybe we can rely some on the sponsors to police this?  How about Specialized?  They’re are still probably patting themselves on their backs for Vino winning the London Olympics on their bike to pay much attention to this.

It’s time that there is a whole house cleaning here.  No, it’s time to burn it down.   The whole thing is so polluted that it seems pretty impossible to clean.

PS- Vino personally responded to the media reports on his team today.  He said he had no plans on taking any legal action just now.  He said –

“That has never been our goal – of course it’s unpleasant, but we can talk to our lawyers to see what our options are. It used to be we fought back by racing hard on the road, so yesterday I talked with the team by Skype – everyone was really happy, and the last three days have been a deep team building experience – this whole experience has deepened our resolve.

“I told the trainers, Fofonov, Shefer, the riders, that they have to use this helpless anger to prove that the team has won before and will win again without doping – this whole thing has left a deep impression on the team and will motivate us all season, and that is going to help us a lot.”

So, on the bright side, at least this whole deal is giving the Astana Team extra motivation for next season! 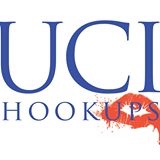