I’ve been having trouble with my hands going numb while I‘ve been riding recently.  It’s not numb from cold, it’s numb from pressure.

Most riders have had this issue before I’d think.  I don’t remember having it when I first started racing, but it seems to be way more common now.

I’ve especially had trouble with my right hand.  It first started, sort of consistently, after I crashed pretty hard, on ice,  at the Jingle Cross, maybe 5 years ago.  And now, this winter, it has gotten much worse.

Lots of guys have problems with their hands going numb racing.  I remember riding the Athen’s Twilight Criterium a while ago and it seemed that everyone around me were taking their hands off the bars and shaking them.  That is from doing the death grip while racing.  But this is different.

I’m not sure the problem is position when I’m riding. I think it might be my position sleeping.  I think that most of my issues are from sleeping with my elbow and wrists bend, or curled.  I believe that I’m injuring my nerves when I’m sleeping and then it shows the symptoms when I’m riding.

I got this idea from Robbie Robette, a friend from Austin.  He’s a pretty smart guy and was having the problem.  He said that he somewhat fixed his issues by trying to sleep with his arms straight, or at least not curled up tight.

Here is a link to an article about hand numbness.  There are a couple nerves that make different parts of your hands go numb.   I have different sensations, sometimes it seems like the ulnar nerver, other times the median nerve.

I also notice the problem is worse when I’m wearing thicker gloves.  I’ve been wearing some Pearlizumi PRO winter gloves recently.  They are super warm, but I have a very hard time holding the bars tight, or more accurately, the levers tights, when I’m riding.  It is because the inside of the gloves kind of move around and the lining is slick compared to the outer shell.  They are way better riding MTB bikes than holding my road levers.

Whatever the reason, it is a drag having numb hands when it is cold.  It disconcerting trying to tell if they’re numb from cold or pressure.  With pressure, if I just take them off the bars for a few seconds and rub my fingers together, the tingling goes away and it feels normal.

If anyone out there has a “cure”, or solution for this, many of us would like to hear it. 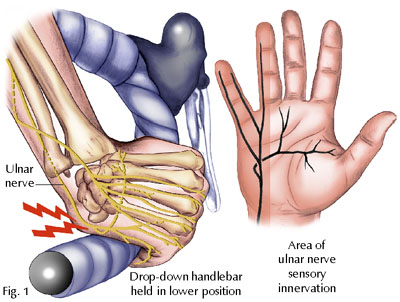 These are the fingers that normally go numb, but not always. 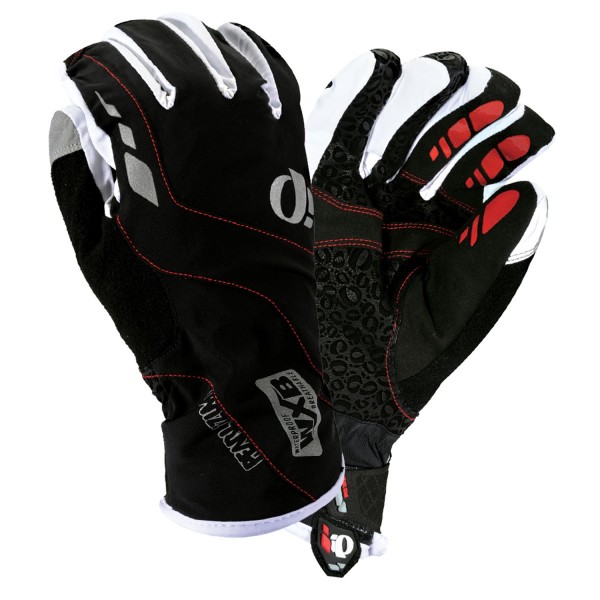 These are the gloves I’ve been riding. They are super warm, but my hands kind of squirm around in them.