Why is it that it is so unrewarding finishing someone else’s job?  I’m not sure that I’ve ever done a project, that was a continuation of project that someone started and baled, and ever been very satisfied.

I think it is because that no one really does anything exactly the same and that there are many ways to get to the end result of a project.  The problem is that when someone starts something in a specific way, you need to be thinking like them to get to the same end result that they envisioned.  And you might not have that vision in you.

I got thinking about this because I started, or more accurately, got involved in tiling a shower in Lawrence, that someone else had done the shower pan and cement board.  They wanted a no sill shower, a smooth transition.  They make a flush drain, a trough that would have been perfect, but the guy before me thought he could build a smooth little berm between the shower and the bathroom floor.  He did that, but he didn’t get any grade on the shower pan. And he didn’t know that the drain could be adjusted up and down, so it was mounted about 3/4″ too high.

So, yesterday, I chiseled out all the surrounding concrete, and lowered the shower drain, then tried to tile the floor so the water flows towards the drain.  I’m not sure how it is going to work.  I think there might be a couple low spots, which would be a total failure, or at least not good.

What I really needed to do was to knock out the whole thing and just start over.  Get the right drain and do it right.  That might still be what is going to happen.

I’ve run into this so many times.  Guys that have started working on their cars, or bikes and then get frustrated and quit.  A bike usually isn’t so difficult.  There isn’t much on a bike that I don’t know about.  But, someone cross-threads their bottom bracket or something and then calls and asks if I can “help” him install a new bottom bracket, when he already knows that he has jacked it up.

It’s much worse with cars.  I hate showing up to help someone fix their car and there are a ton of nuts and bolts laying around.  I pretty much need to remove them to know where they go back.

Michael Fatka had a sign like below at his shop, Michael’s Cyclery in Ames, Iowa.  I didn’t appreciate it as much back then as I do now.  The last number isn’t a big enough jump. 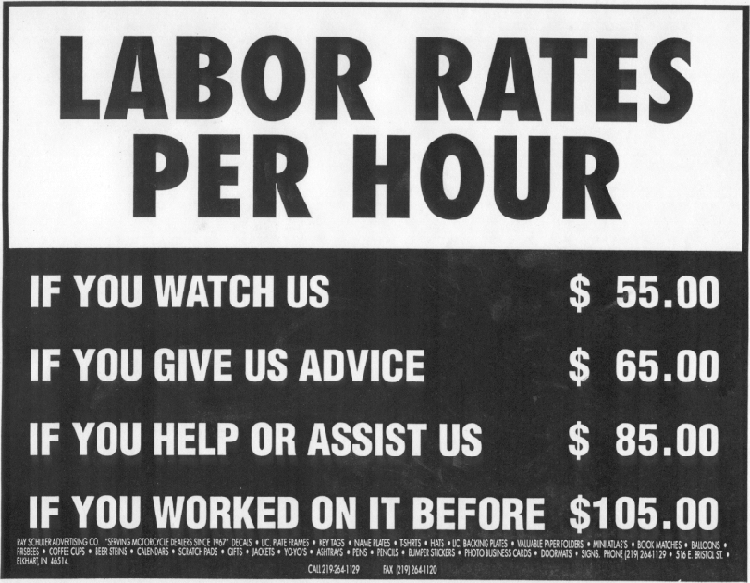 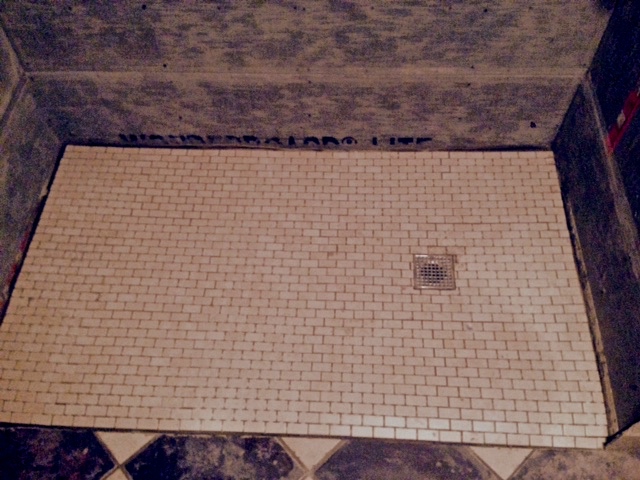 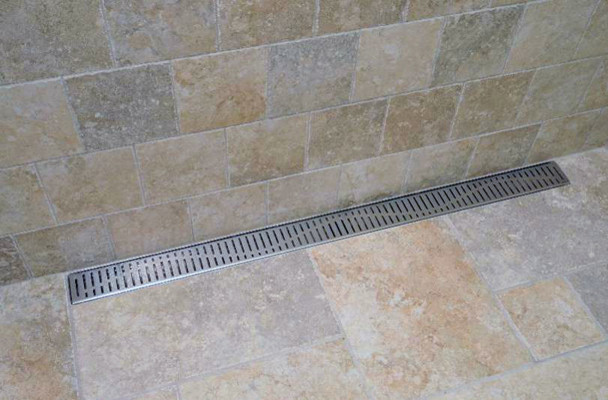 I should have just put one of these in and got rid of the curb.

4 thoughts on “Finishing Other People’s Jobs is Thankless”